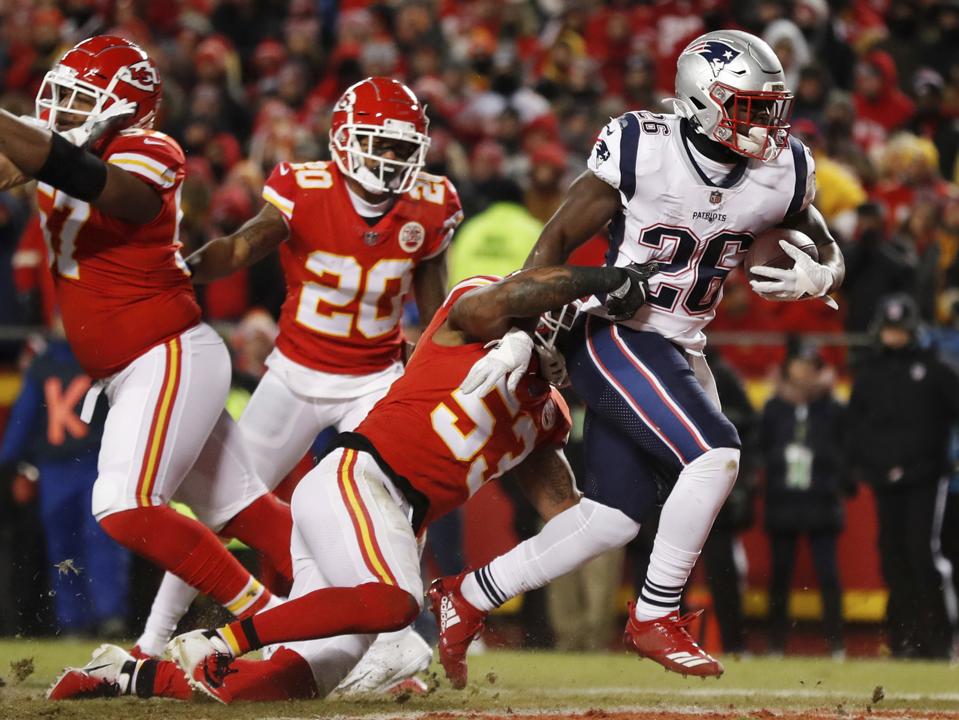 It is coordinator Steve Spagnuolo’s heading into the 4:25 p.m. ET kickoff at Gillette Stadium.

But the film from those past encounters still holds weight.

“Yeah, some of the same players are there,” added Belichick.

The No. 31 overall pick in the 2018 draft hasn’t gotten into the end zone since he did so three times versus the New York Jets in October. Michel stands with as many touchdowns as he did in his rookie regular season. As many as he did from January into February. 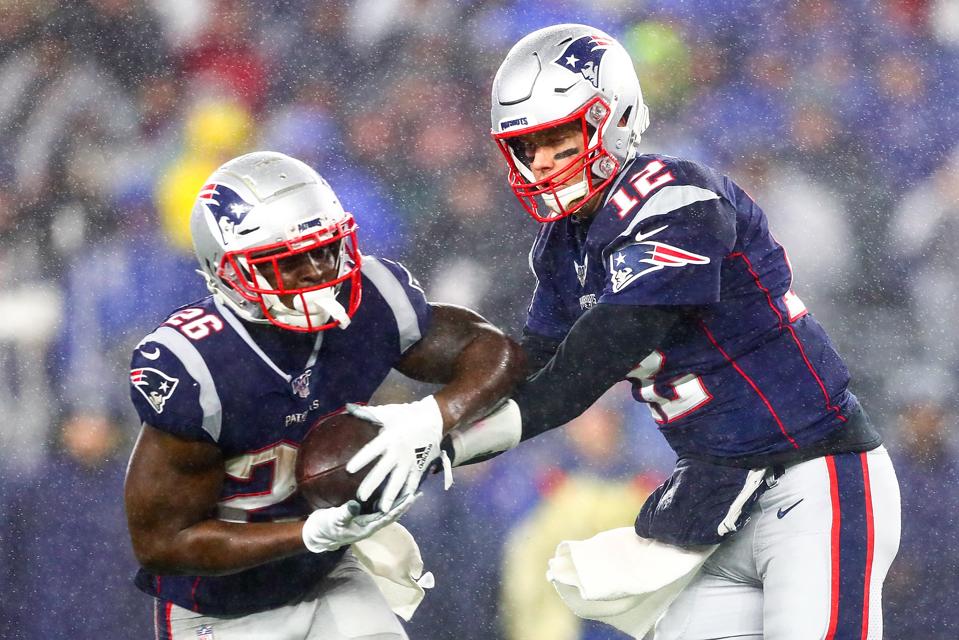 Michel has rushed for 645 yards and six touchdowns thus far into his sophomore NFL season. (Photo by … [+] Adam Glanzman/Getty Images)

Time will tell whether Michel, whose four-year, $9.62 million contract runs through 2021 and features a fifth-year option, tacks onto that total Sunday evening.

The Kansas City defense under Spagnuolo has one-gapped, blitzed, zoned and disguised its way to amassing 34 sacks and 19 takeaways this season. But the unit has also tied for 31st in the league with 5.1 yards allowed per rush and 30th with 141.3 rushing yards allowed per game.

A dozen ground touchdowns have followed.

“We just got to be expecting that they know what we do,” Michel told reporters following practice Wednesday. “Prepare as if they’re going to pose a good challenge for us, just like every week. We just got to be ready for it. The guys, we’re working this week, and we’re ready.”

Back from injured reserve is Michel’s former college roommate at Georgia, left tackle Isaiah Wynn. Former Bulldogs center David Andrews and Pro Bowl fullback James Develin remain on IR for the rest of 2019. And versus Kansas City, James Ferentz is slated to start at center while linebacker Elandon Roberts spells in at fullback.

But New England’s running game, in its current iteration, has shown some semblance of what it was. And that’s something it could soon need to be again.

“You can never just count on one person to make that go,” Patriots offensive coordinator Josh McDaniels said on his Tuesday conference call. “… We work really hard each week on that area of our team because we know how important it is, especially here in New England. As we get closer to the end of the year and we’re playing in December, weather is going to be a factor and those types of things.”

Only six qualifying rushers around the league have faced eight-plus defenders in the box more frequently than Michel this year, according to NFL Next Gen Stats. Only five have traveled a higher total distance to reach their actual rushing average.

But Michel broke off a handful of runs that surpassed double-digit yards through New England’s recent matchups with the Dallas Cowboys and Houston Texans. He made decisive, north-south cuts.

Michel would handle just 10 carries for 45 yards in defeat last Sunday at NRG Stadium, however, with six of those opportunities coming on New England’s opening drive. Backfield captain James White took the workload en route to a career-high 177 yards from scrimmage, with a career-long run included.

“I think both players have run and caught the ball – not in the same percentages, but we’ve utilized both players and we’ll continue to do that,” Belichick said of Michel and White. “But players have certain strengths. I think you want to play to those strengths.”

Michel finished with 53 carries over 71 snaps against the Chiefs last campaign.

The personnel tendencies were no secret. Neither was he.

Talent Pipelining: How To Land The Top Talent...

Should Brands Should Stay Away From Using “OK...

Why Cognitive Technology May Be A Better Term...