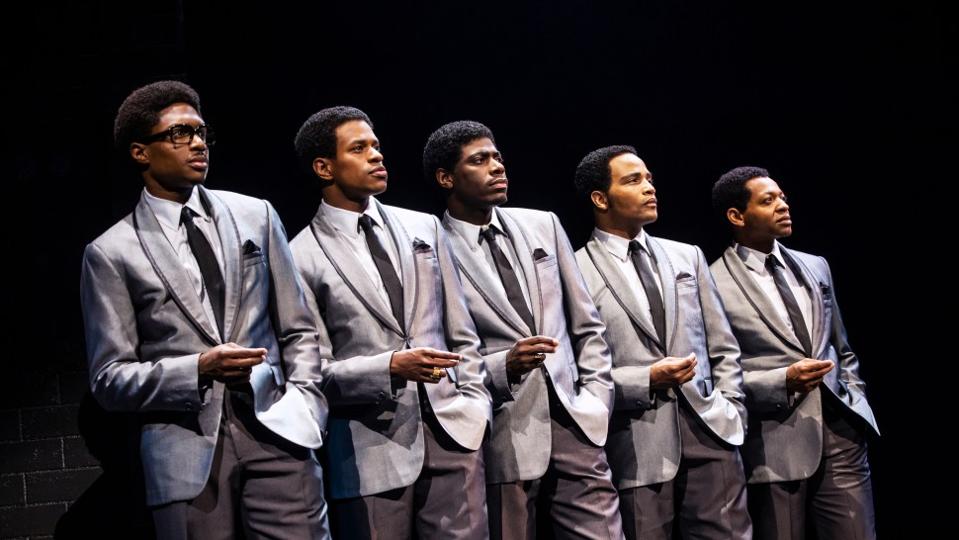 As predictable as a food coma, Broadway’s box office took a snooze after the Thanksgiving holiday rush.

While audiences flock to the Rialto over the long weekend, the following frame is traditionally a downer, as buyers brace for the next big push at Christmas. This year, overall grosses fell 8%, to a total of $38.33 million. However, thanks to a few outliers and a new addition, the nosedive wasn’t nearly as vertiginous as years past, when sales have dropped by as much as 20%.

Up front, bigger musicals sustained the biggest losses. Beetlejuice, which broke its house record last week, dropped over half a million (and just announced that it will close in the spring); Frozen was down almost as much, and Harry Potter, Phantom of the Opera, Hamilton, and Dear Evan Hansen all got knocked over $300,000 apiece.

Two musicals bucked the trend, as both David Byrne’s American Utopia and Ain’t Too Proud had their best weeks to date, at $1.04 million and $1.71 million respectively. In doing so, Ain’t Too Proud, the perfectly fine crowd-pleaser about The Temptations, broke the all-time box office record at The Imperial. While such news is always cause for a swanky press release, it’s even more notable here for its post-holiday timing.

Also helping soften the blow was Harry Connick Jr., whose Cole Porter tribute show grossed a whopping $441,000 off just two curtains, with the average seat going for $195. And a solid chunk of musical losses were balanced by sizable gains from several plays, which typically see little boost from holiday frame.

Chief among them were revivals of Betrayal and The Rose Tattoo, both of which concluded their limited runs over the weekend, and new plays The Sound Inside and Olivier winner The Inheritance. The four plays together added almost half a million in boosted sales from last week, with $2.5 million in total grosses.

The Inheritance in particular bounced comfortably into the black ($623,000), where, based on its sizable advance, it is projected to stay for the foreseeable future. But The Sound Inside is no slouch either. For a melancholy character study about assisted suicide, it is demonstrating strong legs, jumping $141,000 this week. And its leading lady, Mary-Louise Parker, is already (and deservedly) generating Tony buzz. She may even follow Jeremy Pope’s trajectory from last season and be nominated for two different shows as she reprises her role in Paula Vogel’s Pulitzer winner How I Learned To Drive next spring.

More baffling, however, is its casting Amar Ramasar, who was fired by the New York City Ballet last year for sexual misconduct. Though an arbitrator ruled NYCB had to reinstate him and Ramasar rejoined the company, one has to wonder how many of West Side’s women (who are notably absent from the show’s marketing) feel about having him on board. Not incidentally, he was also suspended from the misguided 2018 Broadway revival of Carousel for the same incident – and by the same producing team behind West Side.

We’ll find out next week whether audiences will be willing to give him a second – or really, third – chance in show that’s already stirring the industry’s pot.

In addition to his journalism work, Lee Seymour is also a co-producer on The Inheritance.

This Is What Happens When You Accidentally De-Index...

Why VIZIO is Getting Into The Advertising Business

Is Your Team Counting On A Holiday Bonus?