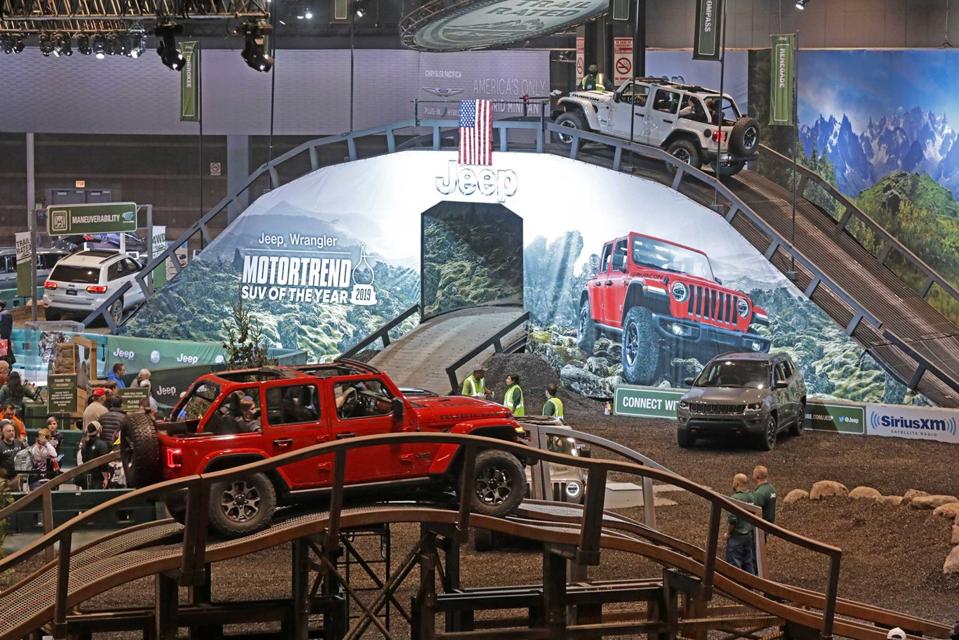 The 2020 Chicago Auto Show, which opened to the public Saturday, is the first major auto show of the year but the giant CES consumer electronic show held in January in Las Vegas was the first chance for automakers to introduce new models and technology.

That change was enough to push Detroit’s North American International Auto Show to June and the George P. Johnson (GPJ) experience marketing company to design and execute show displays for its many automotive clients that go far beyond simply staging vehicles. 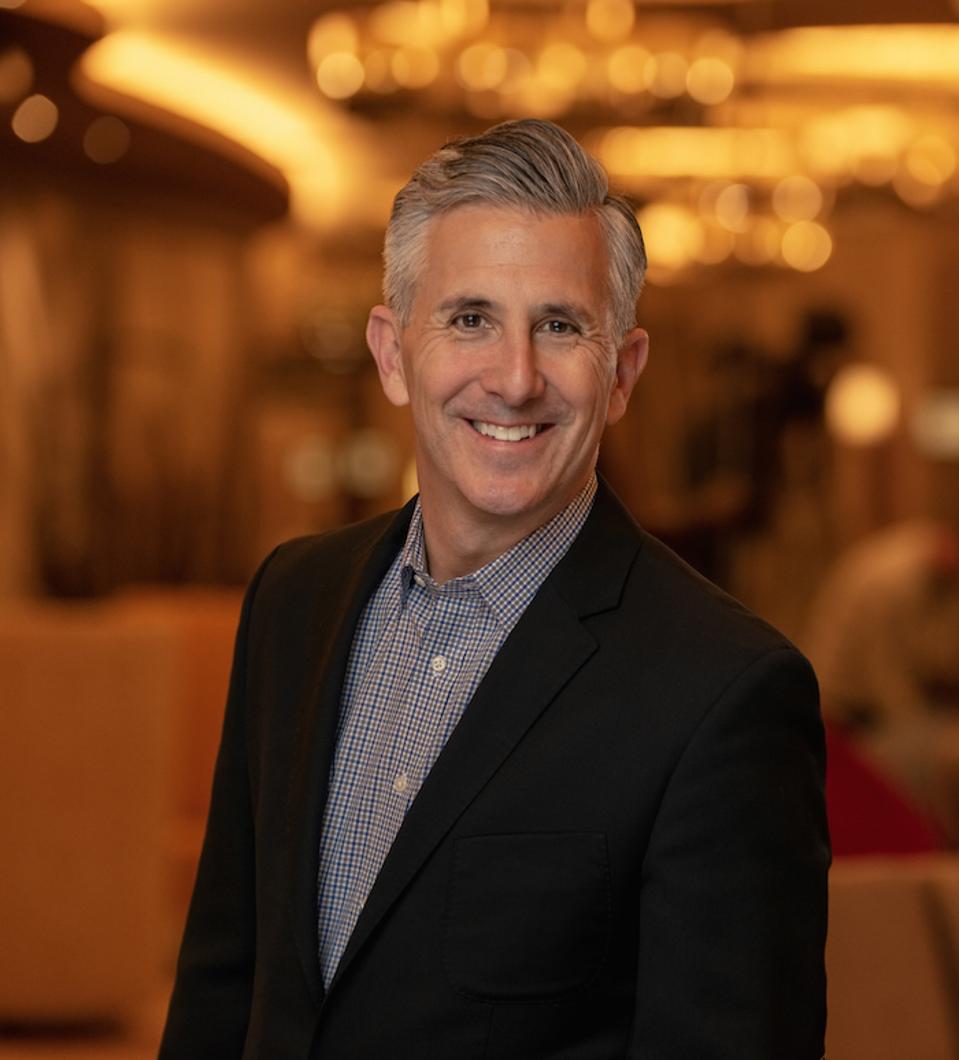 “The change has really focused on the customer and both the automakers, the brands and the customers themselves who want to be elevated to where they’re in the center of the experience” said Craig Erlich, Executive Vice President of Client Success at George P. Johnson, in a phone interview.

GPJ, based in Auburn Hills, Mich., just up Interstate 75 from the Fiat Chrysler Automobiles headquarters, builds auto show and trade show displays for a number of automakers and suppliers around the world.

Where FCA once saved its technology as well as product unveilings for auto shows, it chose the CES to promote the capabilities of the 2020 Jeep Wrangler Rubicon. Where graphic displays once did the job, GPJ, along with another agency, created a four-dimension virtual reality simulator giving show goers the chance to virtually navigate the Wrangler through the Moab, Utah desert off road trails. 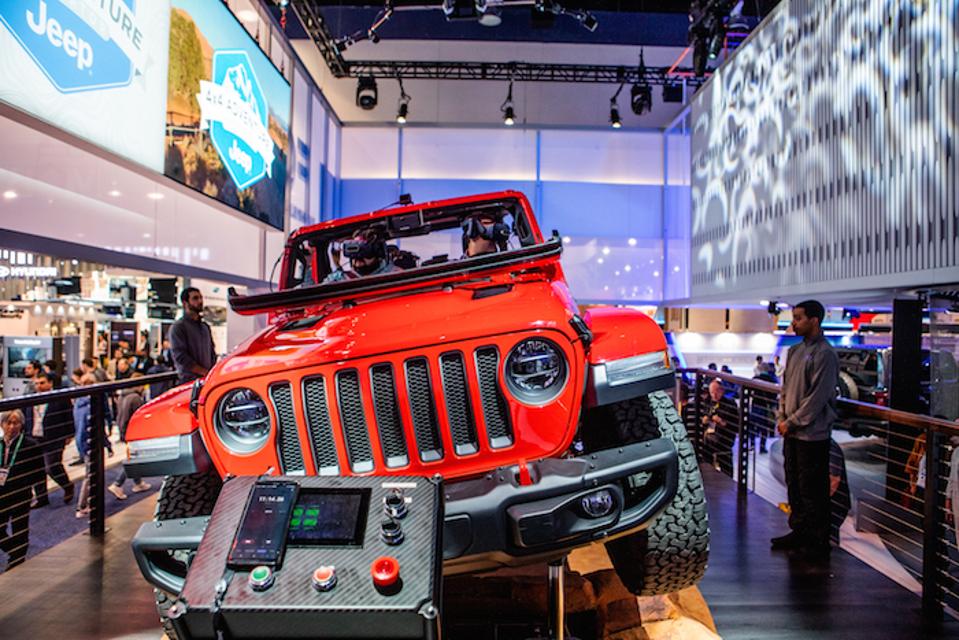 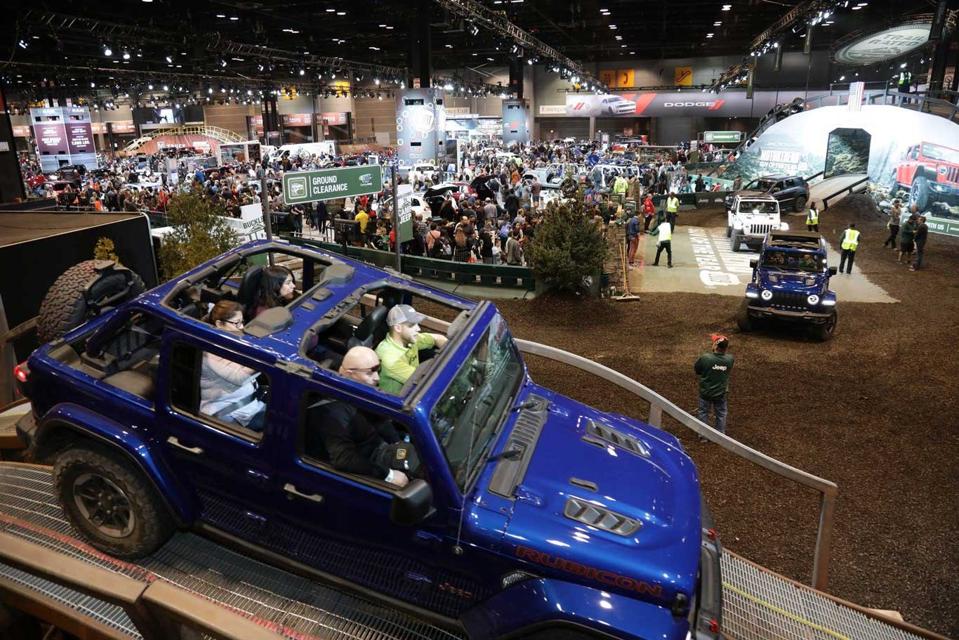 A perennial fan-favorite at the Chicago Auto Show is Camp Jeep where attendees can ride in various Jeep models over, around and through a variety of obstacles to demonstrate the vehicles’ capabilities. This year the George P. Johnson company has also built a similar track for Ram trucks.

When the Detroit show moves to June this year, it will also grow beyond the walls of TCF (formerly) Cobo Center into surrounding streets and parks. For George P. Johnson,  and its clients, that means new opportunities.

“It means for us we get to flex more of the muscles we have, in our core business,” said Erlich. “We expect to see a host of experiential opportunities such as ride and drives, autonomous vehicle rides around the city, live demonstrations, and off-road course, maybe even see some drag races.”

CES marked a crack in the hold auto shows had over car companies, Erlich notes manufacturers are going even further afield to grab attention for their brands and products. 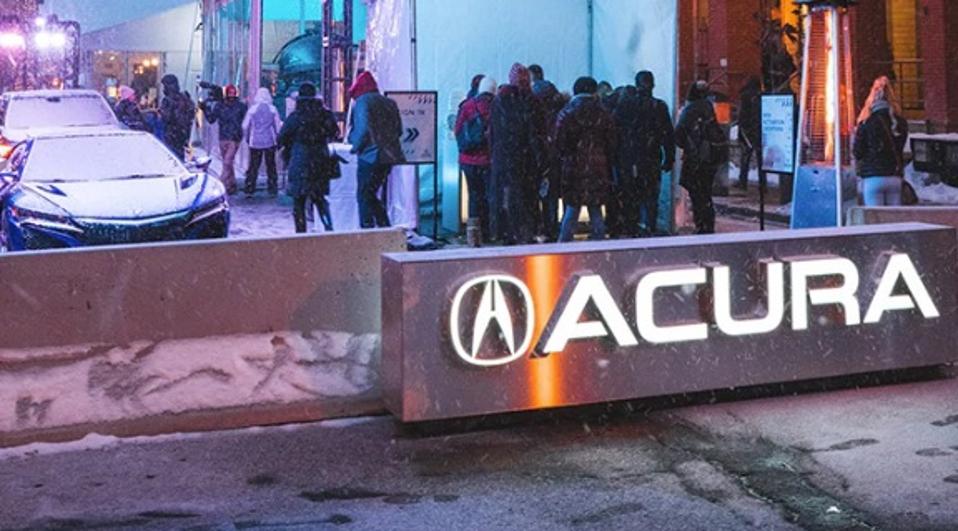 His company created a festival village presented by the Honda luxury brand Acura at the recent Sundance Film Festival. The “village” took over a city parking lot with everything from a stage for panel discussions, coffee and tea stands, charging stations and of course, the full line of Acura models. Erlich says GPJ has been doing this sort of “lifestyle” event for quite awhile for other companies but automakers are increasingly seeing the value in them.

The center of the George P. Johnson world is in their massive headquarters and workshop where designers and trades people build many of the sets and displays seen at shows and other activations.

In the last 10 years GPJ became part of a global holding company that includes 13 different companies with 30 offices worldwide. GPJ has been employee-owned for 14 years.

Erlich explains the company has gone through a necessary metamorphosis as the demand for more experiential and technologically-complex displays increases.

“We’ve acquired a whole host of agencies that complement what GPJ does: advertising, public relations, design, talent. We offer a whole suite of products,” he explained.

One sign of that metamorphosis is employing additive manufacturing, or 3D printing, to fabricate display components, as a way to both save costs and to more easily create complex pieces of the overall puzzle.

In the end, the goals for creating successful product and brand displays are simple, he declared. When it comes to the consumer, “It all drives interaction, helping to educate and entertain them at the same time.” 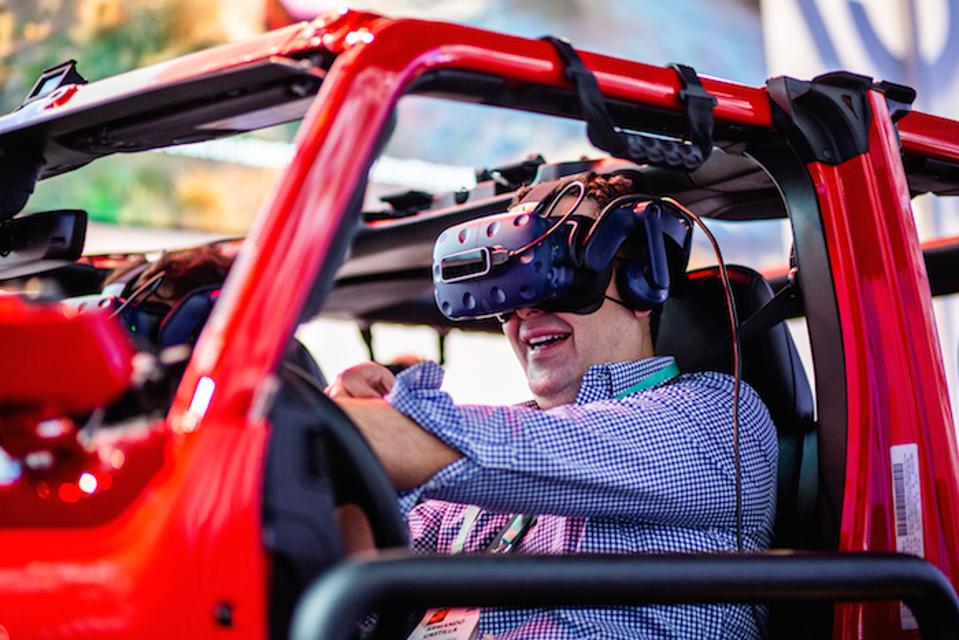 This Cyber Monday, Get Everything You Need For...