Putting Statistical Context To The Nets Offensive Ineptitude Against The Knicks 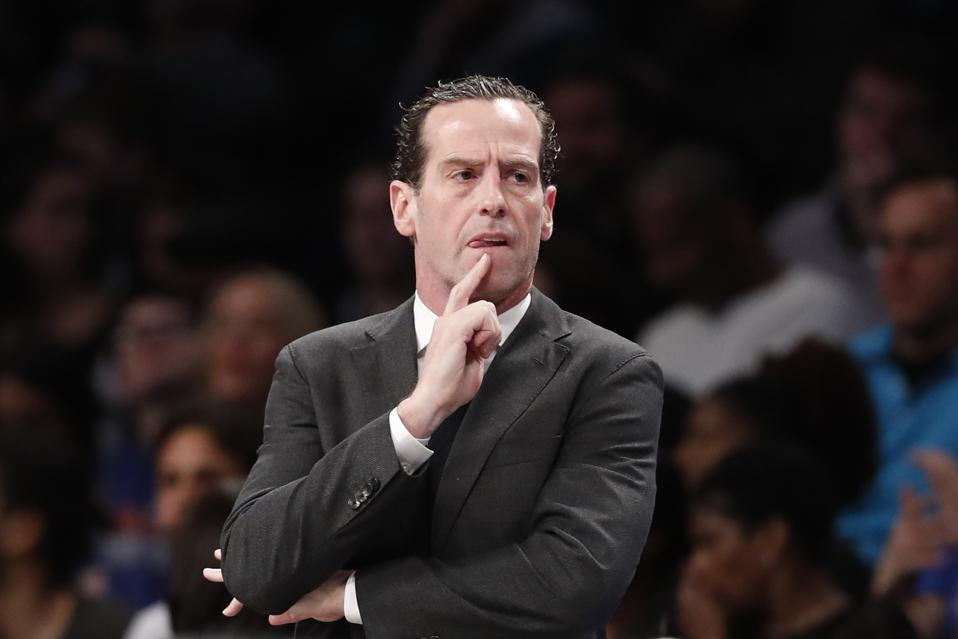 Regardless of the narrative of the Nets allegedly being better without Kyrie Irving and Caris LeVert (they are not) , what the Nets achieved in a dubious way in their 30th game of the season and 19th without Irving is worthy of putting in statistical context with a scroll through basketball-reference.com‘s game finder feature.

That is a rare feat in itself as it marked the 50th such instance of a team shooting that low in NBA history. It is even rarer now in the age of increased scores due to high volumes of 3-point attempts. It is so rare that it last occurred Jan. 23, 2012 when Orlando scored 56 points and made 24.6 percent of field goals in a loss to Boston.

It is so long ago that only four players from Orlando are still active in Dwight Howard and JJ Redick. To put that game in further context the Nets made eight two-point shots and Orlando made 12.

And to put the eight field goals inside the 3-point arc, that is the fewest in the shot-clock era according to the Elias Sports Bureau and confirmed by the game finder. It also is the only time in the shot-clock era a team made less than 10 2-point baskets, one of 13 instances and coincidentally the last time there were 11 2-pointers in a game was done by the Rockets Dec. 20, 2018 but they scored 99 points and lost by two because of the ability to hit 18 3s.

Another notable thing is 82 points. In the 1990s and early 2000s it was not uncommon to see teams score less than 85 points and win on occasion.

Nowadays not so much.

The last time a team won when scoring 82 points or fewer occurred on Dec. 18, 2016 when the Utah Jazz notched an 82-73 victory in Memphis. The streak in the NBA for teams being held to 82 points or less is at 122 games since that night when the Jazz shot 45.5 percent overall and blocked 11 shots.

And for the Knicks, it was a game that might have felt like something out of the time from 1990 to 2000 when they allowed 82 or less in 135 games and won 117 of those games. Since the end of the Patrick Ewing era it is something the Knicks have done 115 times and in those games they have won 99 times.

For a more recent sample since their last postseason appearance in 2012-13, the Knicks have allowed 82 or less, 11 times and won nine of those games.

Going back to the Nets, Spencer Dinwiddie scored 25 points and in the 50 times a team has shot 26.9 percent or lower, the only instance of a player scoring 25 points in those games in the 3-point era is Zach Randolph with Portland at Indiana on Feb. 8, 2006.

Before Randolph scored 25 points on such a poor shooting night for his team, the last player to score 25 in a game when his team shot 26.9 percent or less was Bob Pettit for the St. Louis Hawks in their season-opener to the Boston Celtics on Oct. 22, 1957.

At least the Nets cannot say they duplicated the feat of the Chicago Bulls on April 10, 1999 at home against Miami. Less than a year removed from their sixth title, the Bulls not only shot 23.4 percent, they wound up with an 82-49 loss, a score more reserved for a college hoops blowout.

There were a number of dubious statistics from an offensive perspective for the Nets, but it also was one game out of 82. It just so happened that the various areas of offensive ineptitude merged into the same game.

How To Answer ‘Tell Me About Yourself’ In...

Clevinger Down? Next Man Up For Scrambling Cleveland...

Pixar Purposely Embeds Creativity Into Their Culture And...

AudioEye Looks Out For The Disabled In The...

Tired of Sales Rejections? Here’s What You Need...