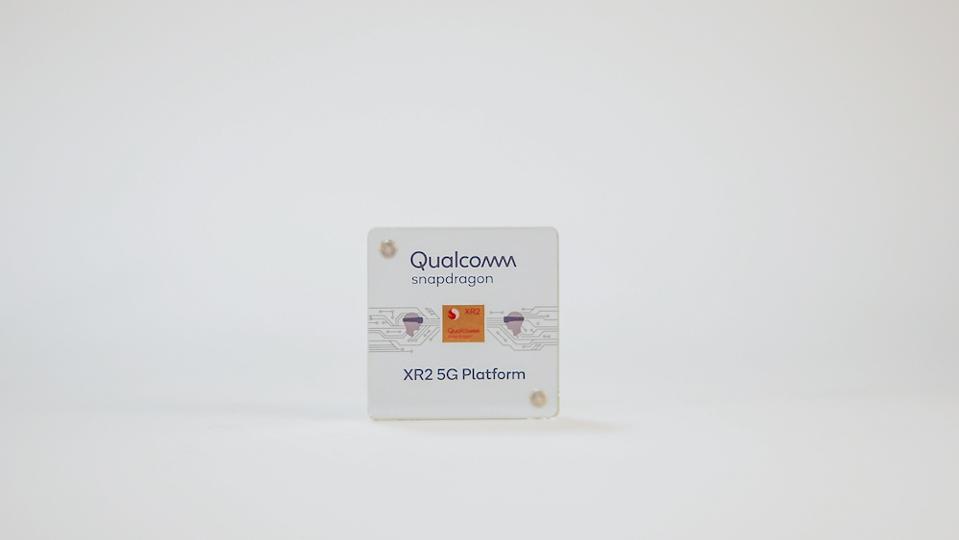 Qualcomm is the undisputed leader in mobile XR, a position it has more or less held since this most recent wave of VR and AR devices excited the market. Qualcomm helped to pioneer many of the technologies that make mobile XR possible today and is the technology behind many of the most successful XR devices, including Oculus Quest. The company is behind at least 30 different XR designs that launched over the past few years. Qualcomm recently won an Infinity Festival Monolith Award for the Snapdragon 835, which is the chip that powers both the Oculus Quest, HTC Vive Focus, Lenovo Mirage and Pico Goblin 2 4K, among many other XR headsets. Qualcomm’s Snapdragon 850 also powers Microsoft’s new Hololens 2 AR headset, which is by far one of the most impressive AR headsets I’ve tried to date. However, many of these headsets were missing one key component that Qualcomm is arguably even more well known for: cellular connectivity. No longer—today the undisputed leader in mobile XR announced its new XR2 5G chip, which promises to bring 5G connectivity to the world of XR. Let’s take a closer look at the chip and the driving factors behind its development.

One of the most commonly mentioned use cases for 5G is XR, which makes sense because both AR and VR require larger file sizes, higher bitrates and lower latency. Combining XR and 5G is a match made in heaven. Frankly, I wish it had happened sooner, but market realities are market realities, and both technologies needed to mature. Now, headsets like Oculus Quest are beginning to move significant volumes and pique public interest in XR,  and 5G networks are finally starting to deliver broader coverage and higher speeds. That said, the networks are still in their nascent phase; 2020 will be the year when 5G coverage and speeds become real for many consumers. That’s why Qualcomm announcing the XR2 5G at this time is such a big deal—it’s a perfect time for OEMs and operators to start leveraging 5G and XR.

The current focus for the XR market is on enterprise use cases; this is because deploying XR in many of these businesses realizes magnitudes more in ROI relative to the cost. Additionally, enterprise applications don’t need to sell millions of headsets to be profitable for the companies involved. As XR volumes are still low, the enterprise makes sense. Additionally, the enterprise is typically the place where new technologies are tested, improved upon and eventually mainstreamed to consumers. Qualcomm amassed quite a large group of OEMs, enterprise solutions providers, suppliers and operators to make enterprise XR a reality. However, the XR2 will likely address a much broader market, both empowering the now maturing enterprise solutions and more mainstream consumer applications like gaming and entertainment. After all, the Oculus quest is still primarily a consumer VR headset and has probably sold the highest volume of all the standalone headsets to date.

The Qualcomm Snapdragon XR2 5G platform takes Qualcomm’s XR offerings to the next level, offering an even higher XR experience than the XR1 launched in mid-2018. The XR2 does not replace the XR1, but rather slots into a higher tier of XR experiences, offering more of everything compared to the XR1. You can think of the XR2’s GPU and CPU performance profile to be like that of the Snapdragon 865. The XR2 5G derives its performance from the foundation of the Snapdragon 865 with specific XR enhancements, which is a significant bump any way you cut it. The XR2’s performance, compared to the Snapdragon 835 inside of the Oculus Quest, has 4x better pixel throughput, supports 6x higher native resolution per eye, and has 11x faster AI performance. AI performance will become increasingly important in XR devices, as it is leveraged to anticipate user movements and behavior. A few of the many XR capabilities accelerated by AI include hand, eye and body tracking, environment tracking and all types of object recognition. Because of the horizontal nature of AI and the latency sensitivity of XR, the two technologies must be tied to one another to deliver a quality experience. Additionally, the graphics performance of the XR2 5G is 1.5x faster than the Snapdragon 835 at shader processing and supports 3K x 3K per eye at 90 FPS. It also supports video at 8K resolution at 60 FPS and 4K at 120 FPS and includes support for HDR10 and HDR10+ color spaces.

In addition to the speeds and feeds, one of the key features of the XR2 is that it supports seven concurrent cameras. This is important it means OEMs won’t have to compromise when deciding which features to incorporate. SLAM usually takes a minimum of two cameras, but works best with four cameras. With seven cameras, things like eye-tracking, hand tracking and body tracking don’t have to suffer. It’s up to the OEM to decide how many cameras they want in their device, but not being limited by the chipset means that we could see more immersive standalone XR headsets with more features than ever before. Because of the capabilities these cameras enable, such as pass-through AR, true mixed reality will be possible on an XR headset. This means that a VR headset can double as an AR headset with the flick of a switch and vice versa. The now-defunct ODG had a great vision for that kind of XR experience, but unfortunately, they were too early to market and lacked the software to compete.

Last but certainly not least is the 5G connectivity component of the XR2 5G. The XR2 5G platform will leverage Qualcomm’s 5G expertise and pair the XR2’s monster performance profile with Qualcomm’s latest X55 modem. Devices with the XR2 5G inside of them will not only have one of the most capable SoCs, but it will also have one of the most capable modems, with support for both mmWave and Sub-6GHz 5G. Supporting all types of 5G spectrum gives OEMs a choice of what flavor of 5G they want to build towards and gives them the option to support both if they so choose. I believe that the operators of the world are waiting for a connected XR headset powered by a platform like the XR2 5G. A 5G connected XR headset should enable operators to prove the relevance of XR to 5G and simultaneously allow the OEMs to show off why 5G needs XR. Both technologies desperately need one another, and I believe that the XR2 5G is the chip that makes that possible. That said, the XR2 does come in a version without the 5G modem—not all headset manufacturers will have to build a 5G-enabled headset if they don’t want to.

The Qualcomm Snapdragon XR2 5G is poised to be the flagship SoC for XR for the foreseeable future with all of its capabilities and future-proofing. With its support for 7 cameras, super fast AI performance, native 3K x 3K resolution and a very powerful GPU, the XR2 will make many in the XR community happy with a significant performance bump over the current generation of headsets. This should empower some amazing premium experiences never before seen in a mobile XR headset and could result in a larger and better selection of games coming to VR and AR headsets in the near future.

Disclosure: Moor Insights & Strategy, like all research and analyst firms, provides or has provided research, analysis, advising, and/or consulting to many high-tech companies in the industry including Qualcomm. The author does not hold any equity positions with any companies cited in this column.

United Airlines Announces Oscar Munoz Will Step Down As CEO

The Cloud Talent Drought Continues (And Is Even...

Don’t Buy This Theory About How Michonne Leaves...