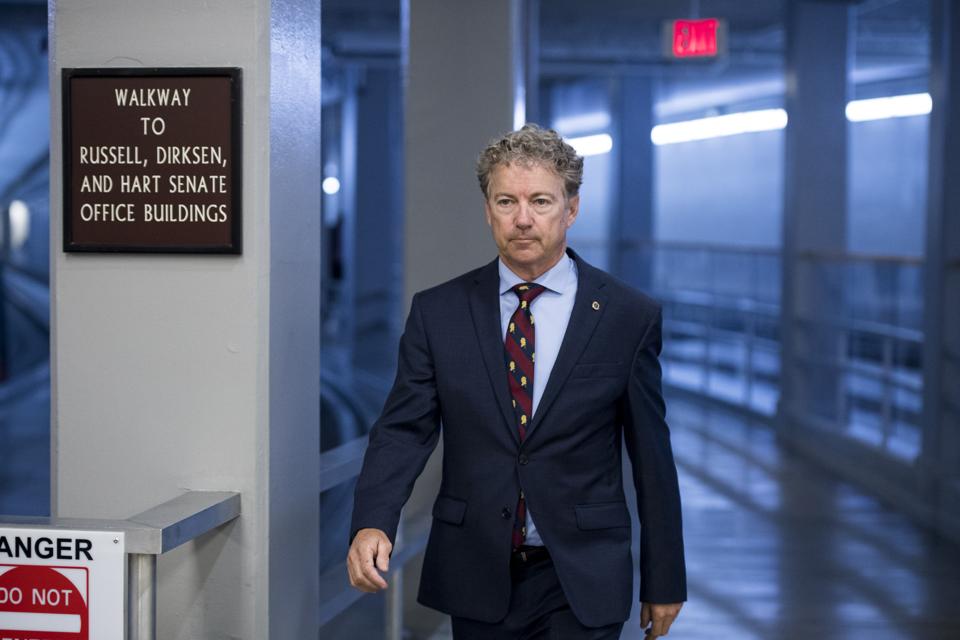 Senator Rand Paul (R-KY) has a new idea to address student debt—take from your retirement. Earlier this week, Senator Paul introduced the Higher Education Loan Payment and Enhanced Retirement (HELPER) Act. His bill would allow Americans to take up to $5,250 annually from a 401(k) or IRA to pay their student loans, tax and penalty free. His bill would also allow parents to do the same to pay for college costs for a spouse or dependent. Paul would let two parents each take up to that amount out to pay for one child.

While this may sound like a good idea at first glance, it isn’t. If young people take from their retirement accounts to pay their student loans they risk weakening their financial future. Investing in retirement early is important to ensure you have sufficient funds in retirement, especially for those not earning high incomes. Investments made at the beginning of a career have more time to make gains and those gains can compound. Borrowers who invest later are more at risk from an unpredictable market leaving them without the necessary funds.

Sure, if parents are wealthy, taking a little money from their retirement will help pay their child’s expenses, but the people who need help don’t have large retirement accounts to take from. People with the higher incomes sufficient to invest more in retirement can already afford college expenses. So those that need help the most to pay for college would have to take from already smaller accounts, making them more financially fragile as they enter retirement or forcing them to work longer. And people are already behind in savings. According to a study from the Government Accountability Office, nearly half of households over the age of 55 have no retirement savings.

Senator Paul’s bill also eliminates the cap on student loan interest deduction for taxes, a costly boon to those doctors and physicians who have both the highest debt loads and salaries. Those who benefit most from the student loan interest deduction are those with the most debt. Instead of helping students struggling to repay their debt—those with less than $10,000 in debt because they didn’t finish their degree—this is a major giveaway to high-income professionals. Another expensive provision of Senator Paul’s bill would allow employers to pay student loan payments tax-free, up to $5,250. A rarity, except for those working for employers with the most generous of benefits and salaries to begin with.

Senator Paul is no friend of paying taxes and supports policies that reduce the taxes people, especially high-income people, pay and this bill is no different. What it really does is create another way for those with wealth to skirt taxes. High-income people could put money tax-free into a 401(k), make money on it, and then withdraw the money—again, tax-free. Our government already operates at a massive deficit and with outrageous outstanding debt—partially because of the tax reform bill Paul supported. This bill allows more ways for people and companies to pay taxes.

Senator Paul’s costly plan does nothing to actually address the cost of college. Instead, it’s just a rob Peter to pay Paul approach that helps those with more resources and hurts those who need the help. While borrowers may free up some cash now under his short-sighted plan, they’ll put less into their retirement accounts making them less financially secure. Instead of finding more giveaways for the wealthy, Senator Rand Paul should help his constituents in Kentucky by investing in need-based aid like the Pell Grant and by enacting a federal-state partnership that would lower the cost of college.

BOC Governor Mentions Stablecoins And Digitalization In His...