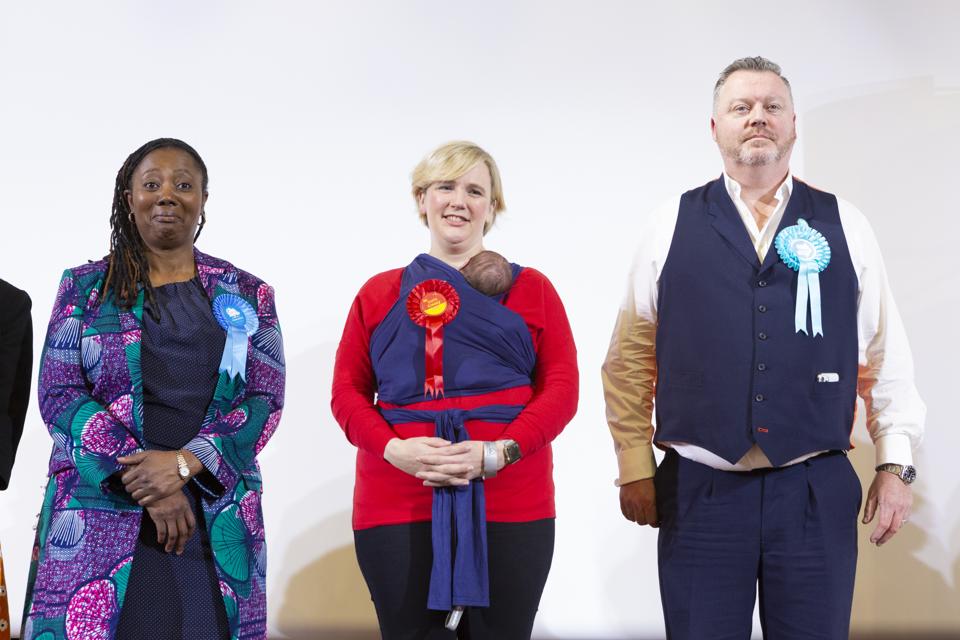 Labour’s Stella Creasy, who recently had a baby, regained her seat in Walthamstow. (Photo by Nicola … [+] Tree/Getty Images)

A record number of women will seat in the British Parliament following the December 12 general election.

A total 220 female MPs have been elected across the country, 10 more than in the last general election in 2017.

This is an overall positive development since, ahead of the election, a number of sitting female MPs stood down, citing abuse as a main reason for their retirement from politics.

The goal of reaching gender parity in the House of Commons is however still a long way off, as women will occupy nearly 34% of the seats in the legislative chamber.

Two parties count a majority of female MPs among their ranks—the Labour Party, with 104 women and 98 men, and the Liberal Democrats, where women outnumber men 7 to 4.

The Green Party’s sole seat in the House of Commons has also long been occupied by a woman, Brighton and Hove representative Caroline Lucas. 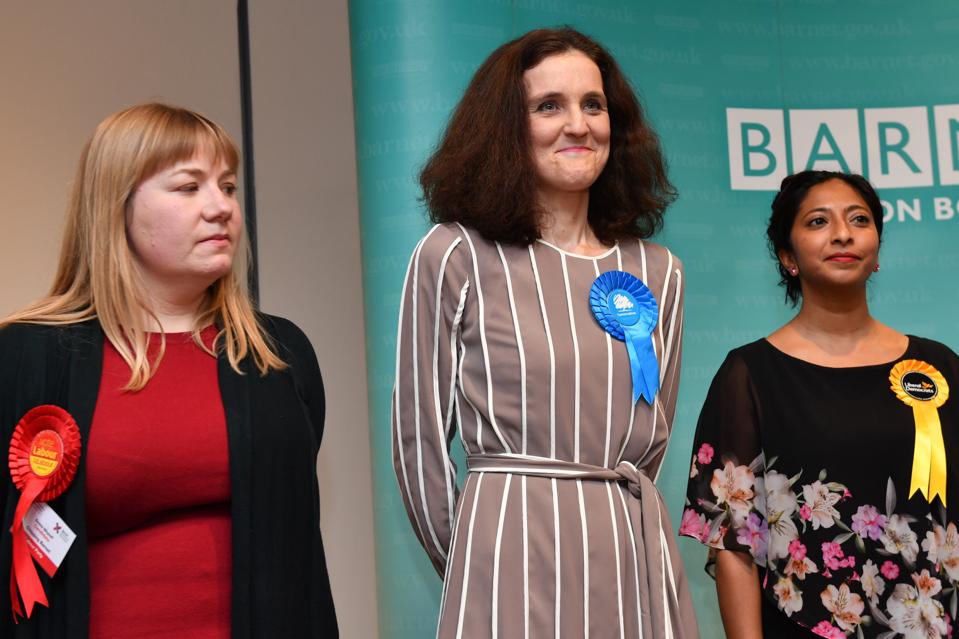 Theresa Villers of the Conservative Party was re-elected as MP for Chipping Barnet at Allainz Park, … [+] London in the 2019 General Election. (Photo by Jacob King/PA Images via Getty Images)

In the ruling Conservative Party, women count for 24% of the elected MPs. The third-largest party in Westminster, the Scottish National Party (SNP) led by Nicola Sturgeon, has 31 male MPs and 16 female MPs.

It’s an SNP female candidate than defeated Lib Dem leader Jo Swinson in her constituency of East Dunbartonshire, prompting her resignations from the party leadership.

When looking at the overall number of women who stood for election and those who actually gained a seat, the picture is far from positive, with only one in five female candidates winning a majority of votes in their respective races. 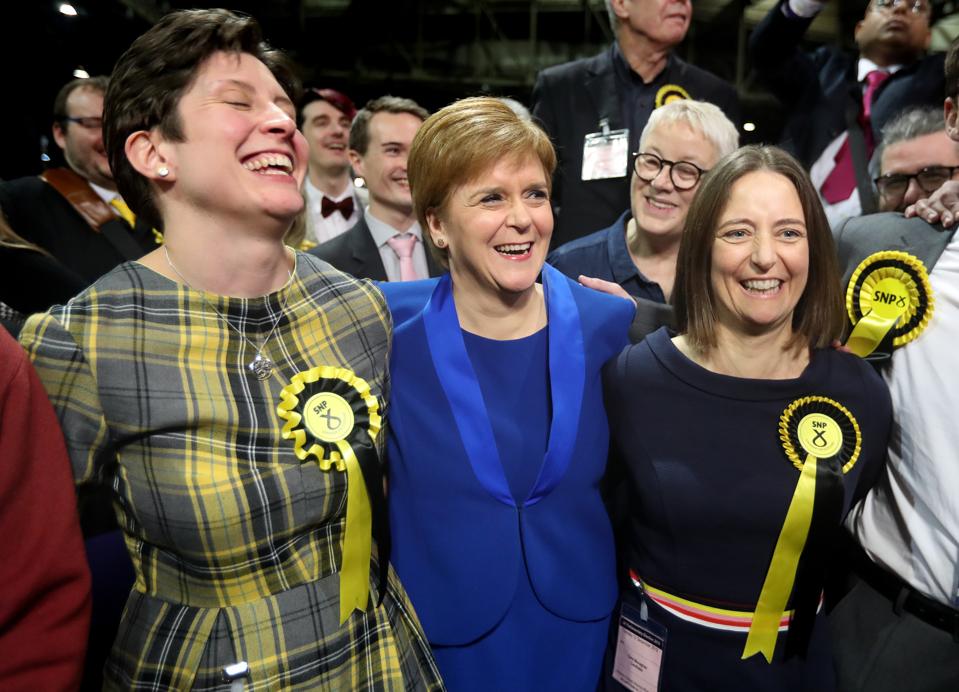 Scotland’s First Minister Nicola Sturgeon celebrates with supporters at the SEC Centre in Glasgow … [+] during counting for the 2019 General Election. (Photo by Andrew Milligan/PA Images via Getty Images)

“It is disappointing … that only 20% of those women who stood won their seats. It is clear that women need to be given more opportunities to contest winnable seats,” remarked the group 50:50 Parliament, which campaigns for a gender-balanced parliament, in a press statement.

The Fawcett Society, a non-profit group focused on equality, noted in a tweet that women of colour now make up 17% of women MPs—around parity with the population as a whole—thanks to the addition of 11 more women of colour winning seats in this election.

This Taiwan Airline Flew For 62 Years, But May Be Grounded Indefinitely