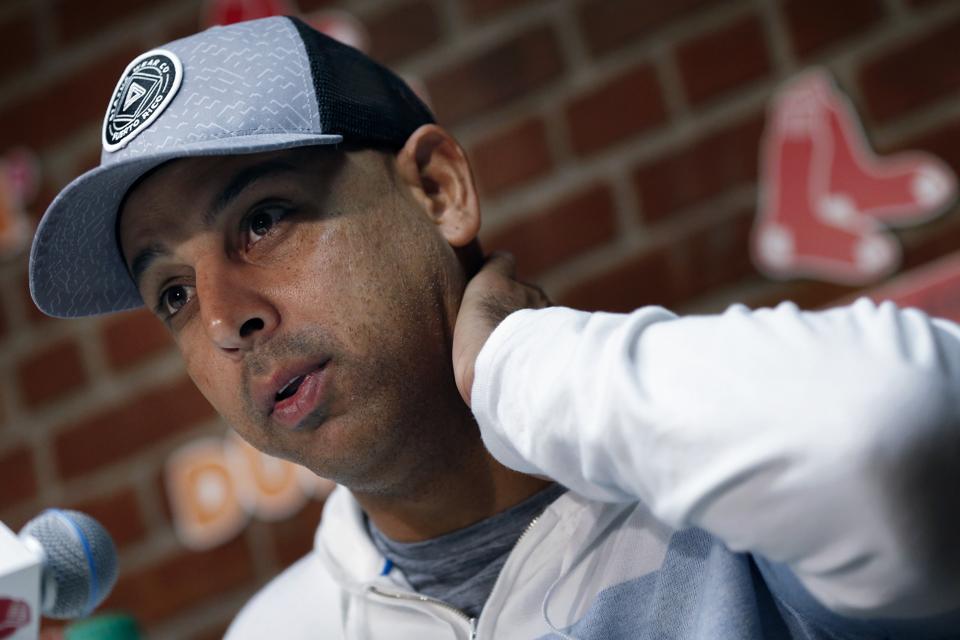 You can bet that the Red Sox front office has been having discussions about the different possibilities of the outcome of Major league baseball’s investigations into allegations of cheating. Yesterday afternoon those meetings took a ‘pedal to the metal’ urgency and they better have focused on who their next manager will be because while Alex Cora is still employed his pink slip has been pulled out of the drawer.

Yesterday afternoon major league baseball suspended Houston’s General Manager Jeff Luhnow and manager AJ Hinch for a year for their team using replay monitors to steal signs and relay those signs to their batters. Those penalties had to turn the faces of Red Sox management ashen white. They now know their day with similar penalties, or worse, is on the horizon as they have not publicly denied those allegations against the Red Sox.

Just an hour after MLB handed out their penalties Astro’s owner Jim Crane announced that both Lunhow and Finch were fired. The Red Sox cannot react with any less leniency. All of this puts Alex Cora as the lead character in the Red Sox own version of ‘Dead Man Walking’. 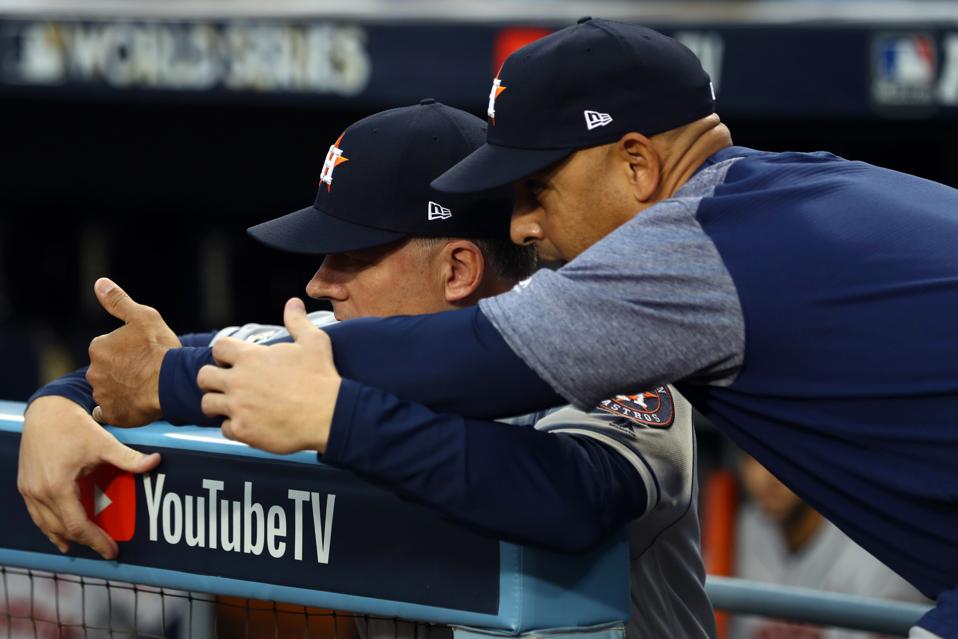 LOS ANGELES, CA – OCTOBER 31: Manager A.J. Hinch #14 and bench coach Alex Cora #26 of the Houston … [+] Astros talk in the dugout during Game 6 of the 2017 World Series against the Los Angeles Dodgers at Dodger Stadium on Tuesday, October 31, 2017 in Los Angeles, California. (Photo by Alex Trautwig/MLB via Getty Images)

Cora’s additional involvement with the Red Sox points to a much stiffer penalty for the current Red Sox manager. After the Astros’ susbsequent move to fire Hinch and Lunhow, the Red Sox have no option but to do the same with Cora. But it will probably get worse, a lot worse. 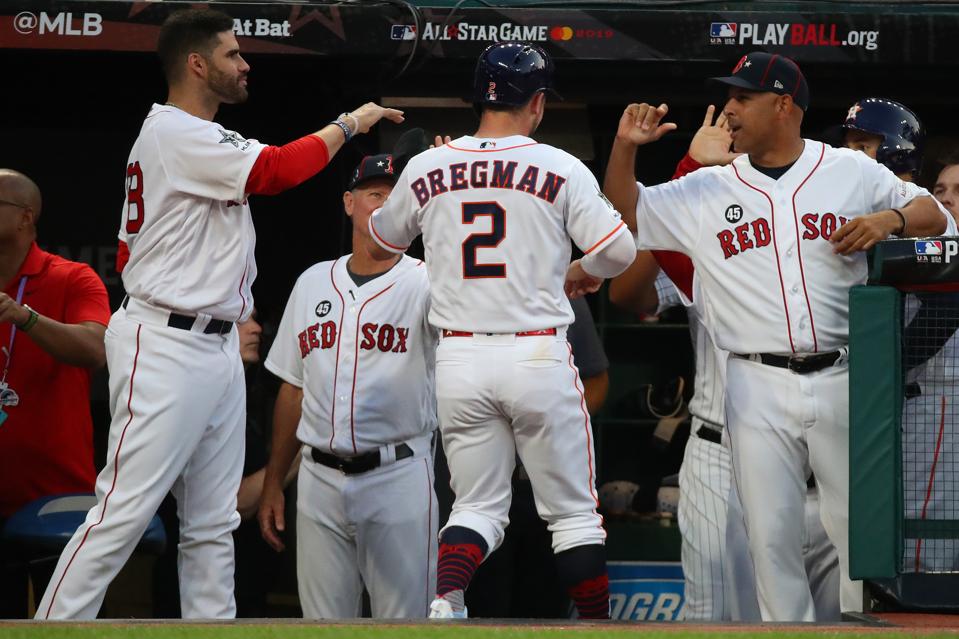 Alex Cora is realistically looking at a ban from baseball, quite possibility a lifetime ban. Baseball does not take cheating lightly, obviously, much less repeated cheating. The Red Sox had already been caught cheating, relaying signs with apple watches.

After the Red Sox apple watch experience Major League Baseball, in March of 2018, sent out a three page memo specifically warning teams not to use replay machines as well as other electronical devices. ‘Electronic equipment, including game feeds in the Club replay room and/or video room, may never be used during a game for the purpose of stealing the opposing team’s signs.’

The Red Sox are being investigated for stealing signs during the 2018 season This was after the memo came out and when Alex Cora was manager. These are two of the most damning facts of this investigation. It certainly appears that the Red Sox showed a blatant disregard to the warning issued by major league baseball. 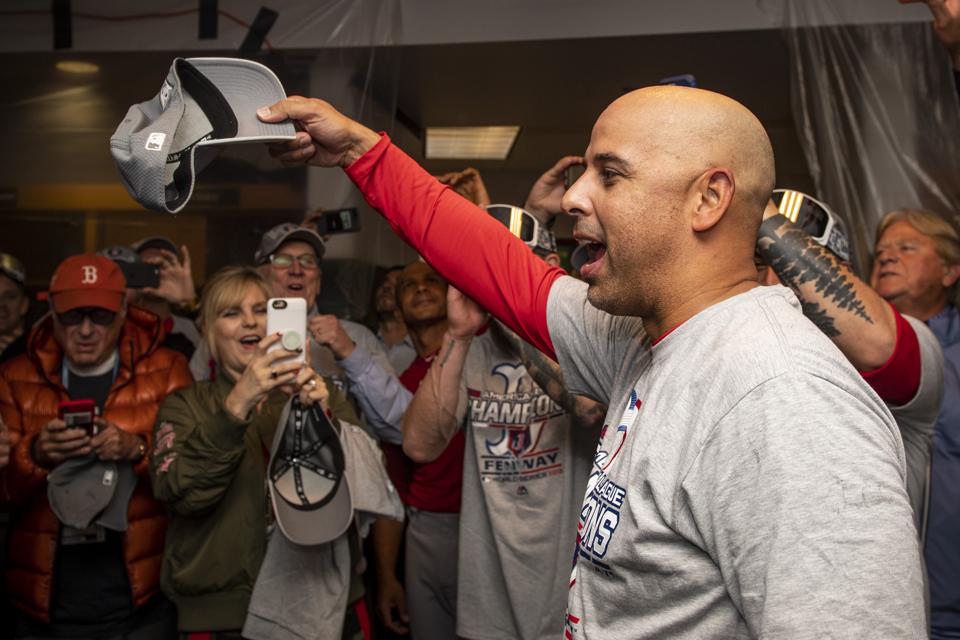 When the Red Sox signed Alex Cora to replace John Farrell after the 2017 season they thought that they were getting a great deal. As a player Cora had spent three and half years with the Red Sox as a utility infielder so he understood the culture of the Red Sox and even Red Sox nation. Everyone liked the affable Alex Cora. Financially the Red Sox hit a a home run signing Cora to a contract worth $800,000. making him one the lowest paid managers in MLB. He was coming from the defending World Series champion Houston Astros. What could go wrong?

On the field Cora proved that he was the deal of the century leading the Red Sox to the 2018 World Series Championship. Red Sox management then signed Cora to an extension with a big bump in pay. But now this. The Red Sox are on the verge of getting fined a maximum $5 million for stealing signs. They will lose multiple first and second round draft choices. And Cora will be suspended and then fired, at the very least. A serious ban from major league baseball is certainly on the table. 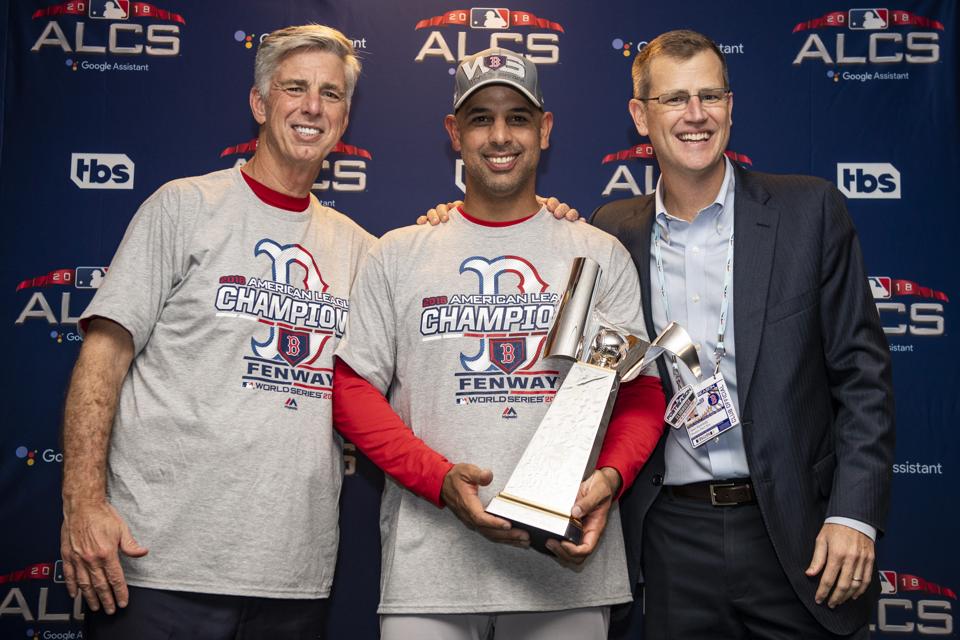 As for Cora, it appears that he followed the lead of so many who get a lot of power and money and that is that they are above the rules and regulations and smarter than those who put those rules in place. If, in fact, that is the finding of MLB’s investigation Cora will face putting his name in the history book for all the wrong reasons.

We Just Lost A Personal Computing Pioneer, One...