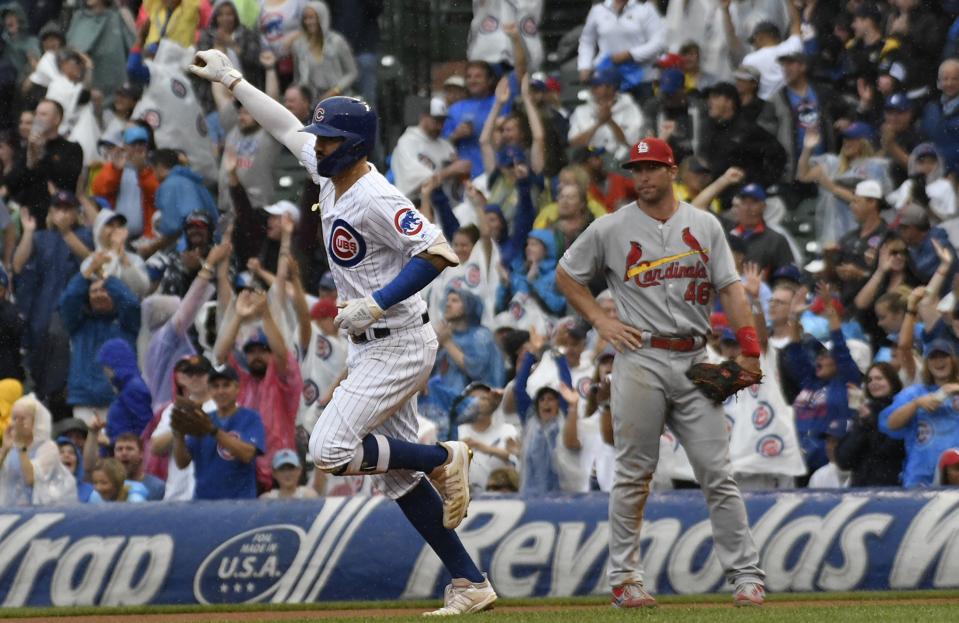 CHICAGO, ILLINOIS – SEPTEMBER 22: Nicholas Castellanos #6 of the Chicago Cubs runs the bases after … [+] hitting a home run against the St. Louis Cardinals during the sixth inning at Wrigley Field on September 22, 2019 in Chicago, Illinois. (Photo by David Banks/Getty Images)

The last remaining top-tier free agent this winter is off the market. Early Monday, reports from The Athletic’s C. Trent Rosecrans and Ken Rosenthal had outfielder Nicholas Castellanos joining the Cincinnati Reds on a four-year deal worth $64 million.

The deal includes a one-year player opt out for Castellanos, so if he puts up a big year, he can reenter the free agent market after the 2020 season. Otherwise, he can choose to remain with the Reds for the full four years of the contract.

Castellanos joins a Reds team that, despite being laden with talent in recent years, has struggled to win. Last season, they finished 75-87 and 16 games out of first place. The Reds have not had a winning season or playoff appearance since 2013.

Last season, the Reds struggled thanks to a slow start out of the gate and an inability to win in their division. Though they went 11-8 against the Cubs, the Reds had losing records to the Cardinals, Brewers, and Pirates in 2019.

Castellanos will be a boost to an offense that was 25th in the league in runs (701) last year and that may soon be facing the reality of decreased production from first baseman Joey Votto. Last year was the first time in his 13-year career that Votto had a strikeout rate above 20 percent and the first time in a full season that his fWAR was below 3.5.

By signing Castellanos, the Reds have further muddied the waters in the NL Central, a division that was already projected to have three teams bottlenecked at the top.

Castellanos’s average value in wins above replacement over the past four seasons is around 2.5 wins, so by himself he is enough to make the Reds a legitimate candidate to win the division, provided that he plays at least to his average.

It’s possible, however, that Castellanos could do even better than that. At Wrigley last year, he posted a 1.224 OPS. That’s a park that can vacillate between being extremely hitter-friendly and not, so that’s an impressive number.

Great American Ballpark in Cincinnati is one of the most hitter-friendly parks in baseball. With short power alleys to both sides and just slightly shorter to right field, it will play well for Castellanos. He posted a 173 wRC+ as a pull hitter and 197 to the opposite field in 2019.

The Reds have also added Mike Moustakas, Wade Miley, and Shogo Akiyama this winter to go with their July trade for Trevor Bauer, so the addition of Castellanos is likely enough to keep them in contention in their division for the first time in almost a decade.

IR35: The End Of Freelancing As We Know It?