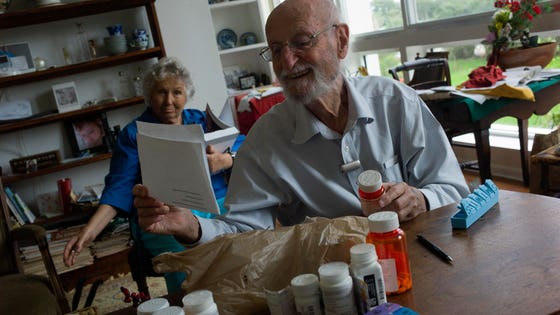 Starting a fresh, new year with resolutions to improve our health and be smarter with our money is a time-honored American tradition. Keeping these resolutions is usually a matter of personal discipline. We can only blame ourselves for slipping, and getting back on track is up to us, too.

Unfortunately, that satisfying sense of self-reliance and clarity could disappear quickly for a lot of seniors taking medication to help with high cholesterol when they pick up their prescriptions in 2020. Many will be surprised to discover that their out-of-pocket costs for their PCSK9 inhibitor prescriptions are significantly higher than they were last year.

The immediate impulse will be to blame drug companies for this increase, but in this case, this blame would be misplaced, and the truth behind the cause far more complicated than most could imagine.

PCSK9 Inhibitors: Why They Matter

PCSK9 (Proprotein Convertase Subtilisin/Kexin Type 9) inhibitors are a relatively new and powerful type of drug for lowering LDL, or “bad,” cholesterol levels in people whose high cholesterol levels do not respond to statins alone and in people who cannot take statins. Given that, according to the Centers for Disease Control and Prevention, 71 million Americans – about 1 in 3 adults in our nation – have high LDL levels, putting them at high risk for heart disease, it isn’t surprising that there was a lot of enthusiasm for this class of drugs among physicians and their patients.

When PCSK9 inhibitors were initially approved for use in the U.S., health plans and pharmacy benefit managers were concerned about price and over-use. They put in place a range of policies to limit access to these revolutionary products, which carried list prices of over $14,000. The Institute for Clinical and Economic Review (ICER) and the American Heart Association’s Value in Healthcare Initiative went on record with the view that the prices were high relative to the value of these medications. Health plans placed PCSK9s on higher drug tiers, resulting in high copayments for patients. Patients asked to shoulder the high cost were often unwilling to do so, as confirmed by estimates showing that 75% of Medicare beneficiaries who were prescribed a PCSK9 inhibitor never filled it because of the cost.

In an effort to improve access for patients, both PCSK9 manufacturers decided over the past year to take the unprecedented step of reducing the list price for these medicines by prices as much as 60%. The hope was that these actions would cause the health plans to relax access restrictions and make these medicines more accessible to the patients that needed them.

Theoretically, a significant portion of the cost savings stemming from these sizable price reductions should be passed along to patients, but this hasn’t been the case. Why? The answer lies in the tremendous complexity of prescription drug benefit programs in our current healthcare system.

Not surprisingly, PCSK9 inhibitors initially landed in the specialty tier given the $670 per month specialty threshold set by Medicare.  With the price drop, CMS asked health plans to move patients off of the specialty tier. The net effect of this move however has been that many patients were shifted into a “non-preferred” tier, and this had some seriously unforeseen consequences.

This is a serious systemic failure. Appropriate red flags were raised about an important type of drug’s cost. Many manufacturers responded in a positive way, drastically reducing their drugs’ prices. Yet the vulnerable patient caught in the crosshairs is still losing.

There are a variety of ways this problem could be fixed. CMS could require PDPs to ensure that at least one PCSK9 inhibitor is put on a preferred brand tier with a fixed dollar copay. Or PDPs could correct it without CMS engagement by doing so without a mandate. The PDPs are actually permitted to make positive formulary changes at any time during the year, so they could fix the problem immediately. But unless CMS or the PDPs take corrective action, many seniors will have a rude awakening when they go to fill their prescriptions. After all, the patient rarely has a view into when, how or why their medication shifted tiers or what that might do to their out-of-pocket costs. Nor were seniors enrolling for 2020 fully able to take these shifts into consideration when choosing the best PDP for their needs.

This underscores the need for seniors and their caregivers to look very closely at their Medicare plans and choices during open enrollment, but it also is a wakeup call for stakeholders across healthcare. Our current system is disjointed. Making a change in one area can force unanticipated shifts and unintended upsets in other areas, and more times than we’d like to admit, patients fall into the cracks, sometimes paying with their very lives.

We have to look holistically at the broad-reaching consequences of change – even a change as minor as a drug switching tiers – and design benefit and payment models to ensure that the trickle-down effects of one change don’t cause harm to the people we are seeking to care for and protect.

The Most Popular Cities For Millennial Home Buyers

Designing Your Workspace With The Next Decade In...

How A Yorkie Enthusiast’s Passion For Pets Sparked...

A Holiday Poem For All Those Companies That...