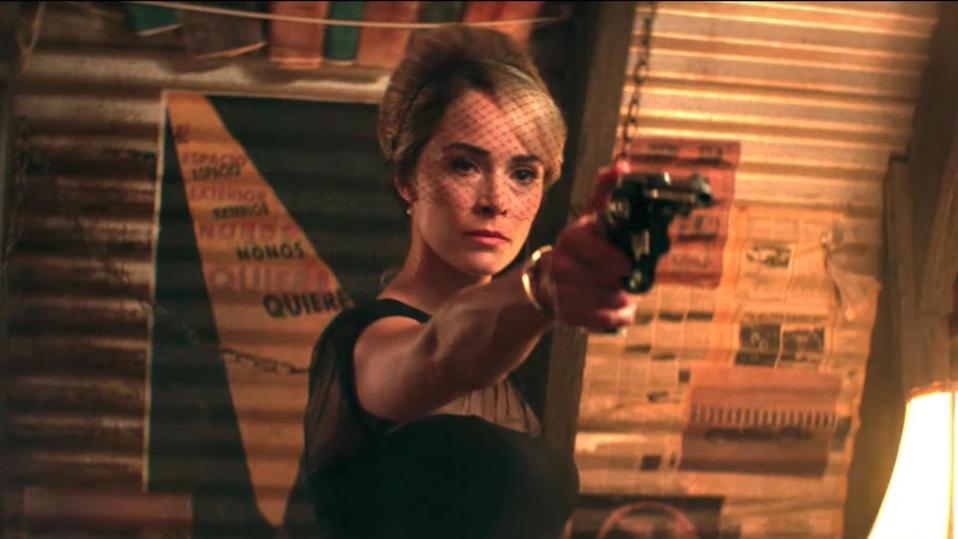 A few weeks back, it was announced that, in the coming months, Hulu would be placed under the control of FX Studios as part of Disney’s further attempt to turn the streamer into the adult-oriented version of its Disney+ brand. And while some may find this worrisome, the streamer’s latest pre-FX takeover offering makes a real case for it as Reprisal feels like a show trying to do the Sons of Anarchy thing without a sense of what made that show work.

Created by Josh Corbin, Reprisal follows the life of a woman once left for dead that now finds herself on a mission of revenge against a gang of violent gear-heads with issues of their own.

Reprisal is a show that feels like it was sold on the basis of concept art rather than story. It’s gorgeous and vibrant and colorful while having absolutely nothing to do on the front of plot and character. It’s a painting, not a show.

That may sound harsh, but the reality is there is almost no scene in the series that actually justifies its own existence. And, that’s a shame because this world is one that could have done a great job of giving audiences a fresh setting of a gang-infested underbelly that would make Kurt Sutter blush.

Which, speaking of, Sons of Anarchy really feels like the tone Reprisal is trying to ape, but in doing so also illustrates what made the Kurt Sutter crafted world of Northern Californian motorcycle life so compelling (and it’s worth noting this comparison isn’t aided by the fact that one of Reprisal’s key supporting characters is played by none other than Clay himself, Ron Perlman).

While Sons was bloody and, at times, way too over-the-top, it was also oddly Shakespearian with some direct nods to Hamlet. That weird juxtaposition that elevated the FX drama, particularly in its early years, is what’s missing from Reprisal.

The show is poetic without purpose, dark for the sake of it and violent without reason. It’s a cheap imitation of what so many others have done much better. And, it’s a shame to say that as the actors are doing the best they can to elevate the material into something interesting… but what they’re being handed feels more like first drafts than the kind of polished pieces of scripture the show believes itself to be.

Overall, Reprisal is a show that can be best described as one that needlessly spins its wheel in an attempt to find a story that just isn’t there. Perhaps it would be if its world was presented as that of a feature film but, as a television series, it simply misses the mark.

Reprisal premieres this Friday on Hulu

Eminem’s ‘Music To Be Murdered By’ On Track...

US Warns American Travelers For Extreme Caution On...

What To Expect From Mike Conley’s Return To...