Home Business Rod Stewart Lands His Tenth No. 1 Album In The U.K.
Business

Rod Stewart Lands His Tenth No. 1 Album In The U.K. 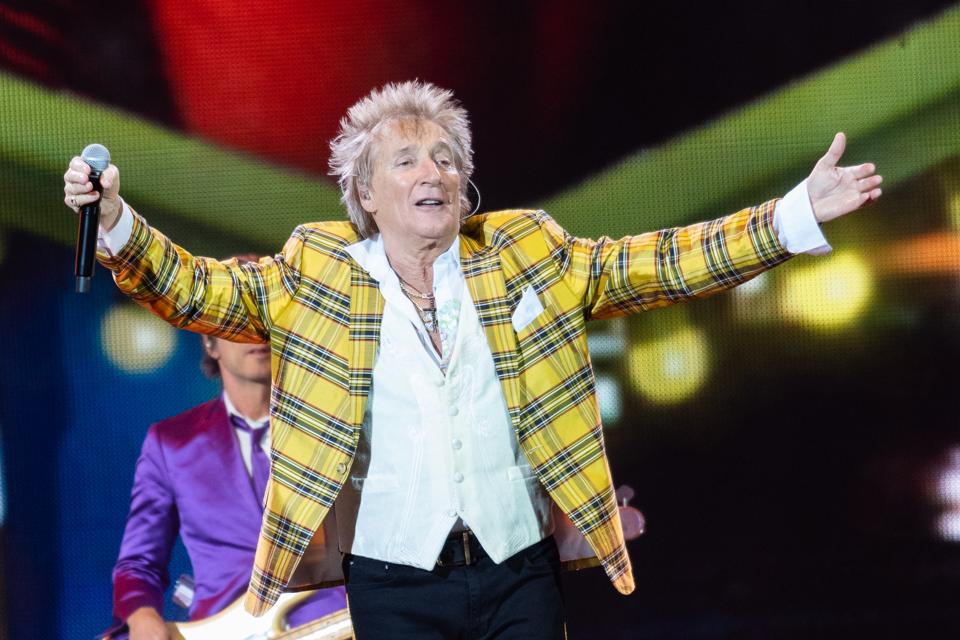 Three weeks into its time on the U.K. albums chart, Rod Stewart’s new release You’re in My Heart: Rod Stewart with the Royal Philharmonic Orchestra lifts once again, claiming the top spot on the ranking. The project has been rising ever since it first appeared, and now it’s become an important leader for the vocalist.

You’re in My Heart: Rod Stewart with the Royal Philharmonic Orchestra is Stewart’s tenth No. 1 album in the U.K., a rarely-seen accumulation of champions in the country. The set apparently beats out the next-highest titles by only a few hundred equivalent copies, making this frame a surprisingly close race between a handful of very popular efforts, according to the Official Charts Company.

The new compilation, which sees Stewart pairing his vocals with new orchestrations of some of his most successful songs, started at No. 3, and then climbed one spot to No. 2 last time around. As it reaches the summit, it becomes the second album in a row to hit No. 1 after launching lower than that, which is a relatively infrequent accomplishment. Robbie Williams recently started his latest album The Christmas Present at No. 2 behind Coldplay, but after one frame, it rose to the peak position. It took Stewart a bit longer, but he got there nevertheless.

Stewart has made it to the highest spot on the chart with the following seven traditional albums: Every Picture Tells a Story (1971), Never a Dull Moment (1972), Smiler (1974), Atlantic Crossing (1975), A Night on the Town (1976), Time (2013) and most recently, Blood Red Roses, which debuted at the top just last year. Including this latest win, Stewart has also reached the uppermost slot with three compilations: Sing It Again Rod (1973), Greatest Hits, Vol. 1 (1979) and now You’re in My Heart: Rod Stewart with the Royal Philharmonic Orchestra.

Throughout the decades, Stewart has landed 36 top 10 titles, including this newest success.

La Liga Lead At Risk: What We Learned From FC Barcelona Versus Real Sociedad

The MLB Offseason Is Off To An Encouraging...

This Week In Credit Card News: Paying With...

Why Nike Cut Ties With Amazon And What...