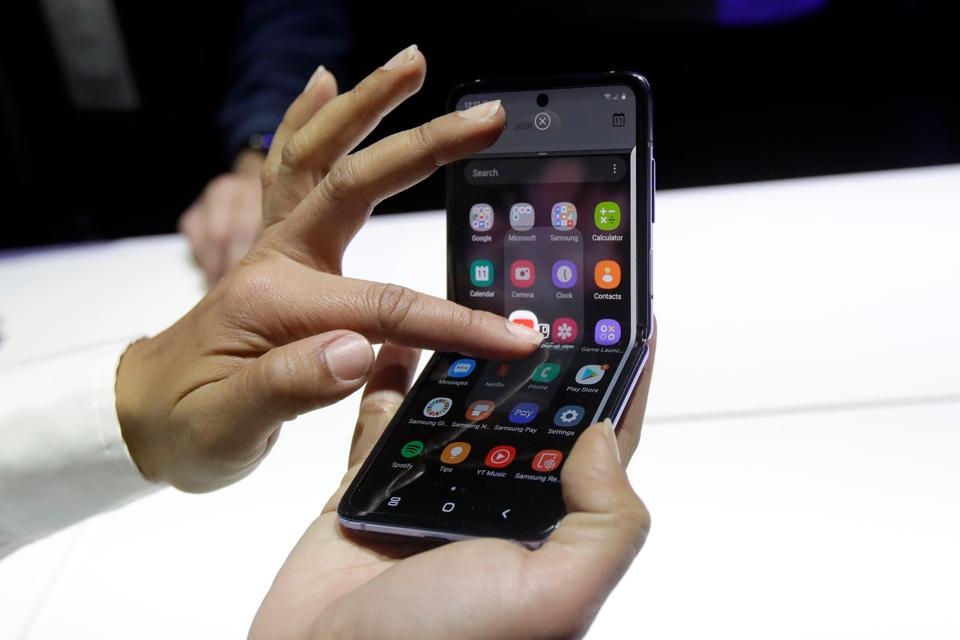 A Samsung worker gives a demonstration of the Galaxy Z Flip phone at the Unpacked 2020 event in San … [+] Francisco on February 11, 2020.

“Look, you can fold the glass,” a delighted young woman exclaimed as she folded and unfolded one of the first Samsung Galaxy Z Flip phones to go on sale in Seoul.

The fact that it was Valentine’s Day was probably coincidental, especially since the date is not all that important in South Korea, but it did add a certain touch to the excitement of seeing a vertically folding phone that’s strong enough, says Samsung, to withstand 200,000 flips, open and shut, of the glass.

The word was that Samsung was anticipating sales of 20,000 of the phones at a price of nearly $1,400 apiece in the next few days on the way to global sales this year of 3 million of the handy items.

By the time the phone catches on, it’s expected to be called simply be the Zee phone. In fact, people have begun calling it just that already.

Sales appeared to be somewhat limited simply because not enough of the Z Flips were in the shops. In some instances, they sold out in a matter of minutes amid promises that more would quickly fill the shelves.

The phone’s main appeal on the first day of sale in Seoul was that of a novelty item. Customers flipped the screen and flipped again, marveling at the foldability of the wafer-thin glass screen, beneath which was the light-emitting OLED.

“But I wonder if you really need it,” said one customer, Jang Sung-un, as she toyed with the phone. “It costs a lot, but what can it do for me that I can’t do with my old phone.”

The cost, though, was way down from the hefty $2,000 needed to buy the Galaxy Fold after it came out last year. Moreover, this latest attempt at offering a phone featuring folding glass appeared technologically more successful, easier to handle.

For those with change to spare, there’s always the Galaxy Z Flip Thom Browne version, featuring a few colors and a fancier exterior designed by the fashion brand but exactly the same inside, going on sale a week from now for about $2,500. 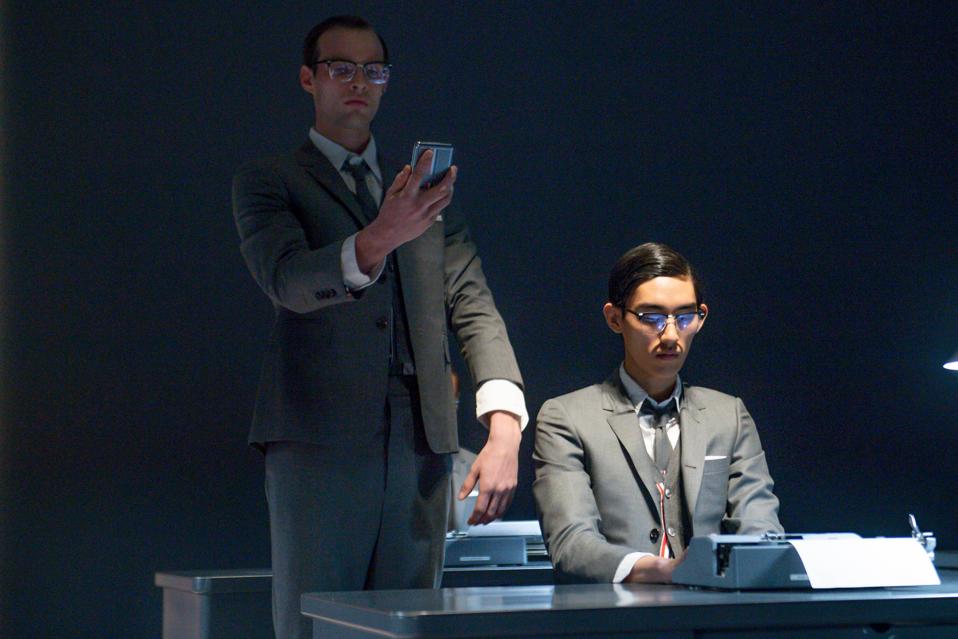 It was that folding glass that created the buzz among buyers and lookers. The sense was that it represented a clear improvement over last year’s Galaxy Fold, which began to lose its luster as buyers encountered difficulty at the fold.

Seoul’s Big Three mobile carriers, SK Telecom, KT Corp. and LG Uplus all came out with special offers for extra care service for those switching to the Z Flip. SK also offered cases for it.

The fold, of course, was the Z Flip’s big attraction. In fact, it’s imperceptible–though whether it becomes visible after the first few thousand flips is another matter.

“I’ll wait and see how this one works out,” said one who preferred to look rather than buy, “but still it’s a pretty impressive gizmo.”

‘Time To Stop The Tweeting’: Barr Says He Will Not Be Bullied By Trump On Roger Stone Case