By saving the critically endangered axolotl that only lives in the lake upon which Mexico City is built, scientists are also saving Mexico City itself 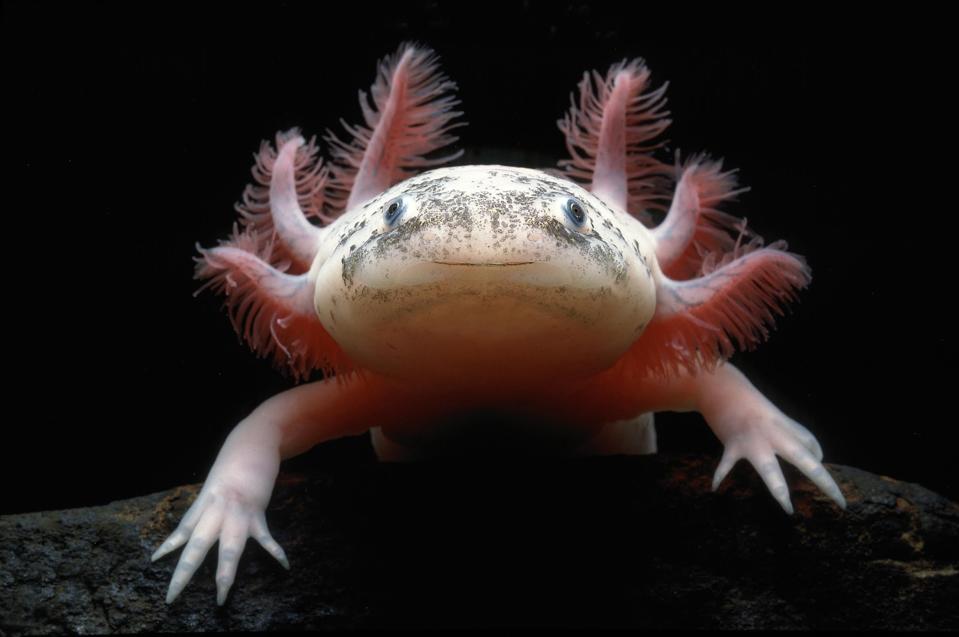 The axolotl (pronounced: ah SHOH lot), Ambystoma mexicanum, is a large salamander species that is currently classified as Critically Endangered because it lives exclusively in the high altitude interconnected Xochimilco lake system in the Tenochtitlan basin — where Mexico City was originally established by the Aztecs.

Axolotls, which are sometimes (erroneously) known as “walking fish”, attain lengths of 30 centimeters (12 inches). They are carnivorous, dining on anything that they can suck into their wide mouths, including a variety of aquatic insects, crustaceans, worms, tadpoles — even small fishes (ref). 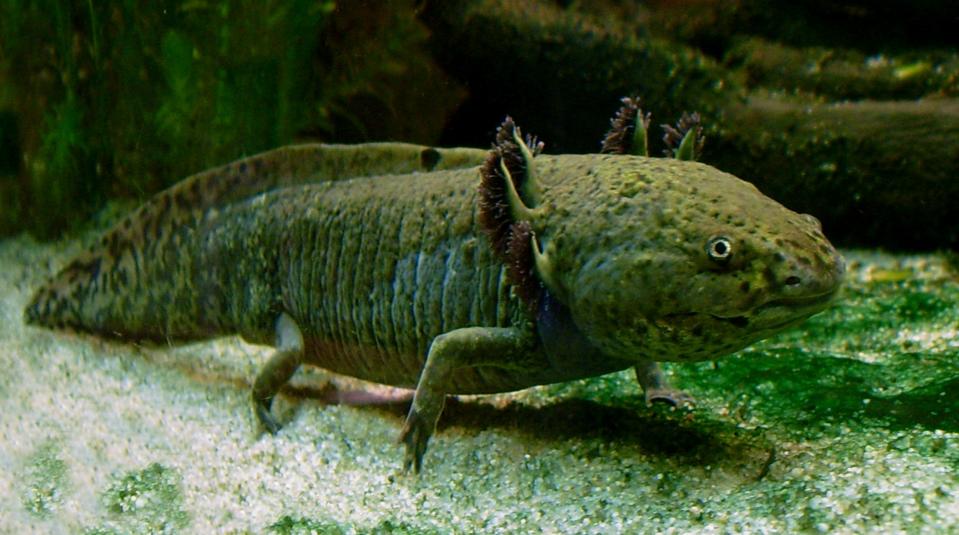 LoKiLeCh via a Creative Commons license

Axolotls are special because, unlike most other salamander species, they reach adulthood without ever undergoing metamorphosis (ref). Instead, axolotls permanently retain their larval traits — particularly their feathery external gills and aquatic ways — throughout their entire lives. As a result, these large salamanders never live on land. Delaying or slowing physiological development is a trait known as neoteny, or juvenilization, and is an attribute that axolotls share with humans, and with other domesticated animals.

Another special characteristic that axolotls possess is the ability to heal themselves without scarring, and remarkably, to regrow part of their heart or brain or even entire limbs if they become severed (ref). Not only did this trait mark them as descendants of an important god in the eyes of the ancient Aztecs, but it transformed them into important laboratory models for modern scientists, who study them better understand a variety of biomedical phenomena from tissue regeneration to cancer, as well as embryological development and the biological action of thyroid hormones.

Despite the fact that these amphibians are widely used as scientific study subjects and are popular pets, axolotls almost completely vanished from the wild by 2013, thanks to the large size (21 million) of Mexico City and the resulting habitat degradation and water pollution, as well as the introduction of non-native predatory fishes that compete for the same food resources and also consume axolotl eggs and juveniles.

Deeply worried about the future of the axolotl (it was predicted to go extinct in the wild in 2020), which is historically and culturally important to the people of Mexico, the Mexican government established the Ejidos de Xochimilco and San Gregorio Atlapulco Protected Natural Area in 1992 to safeguard its dwindling habitat and population (ref). 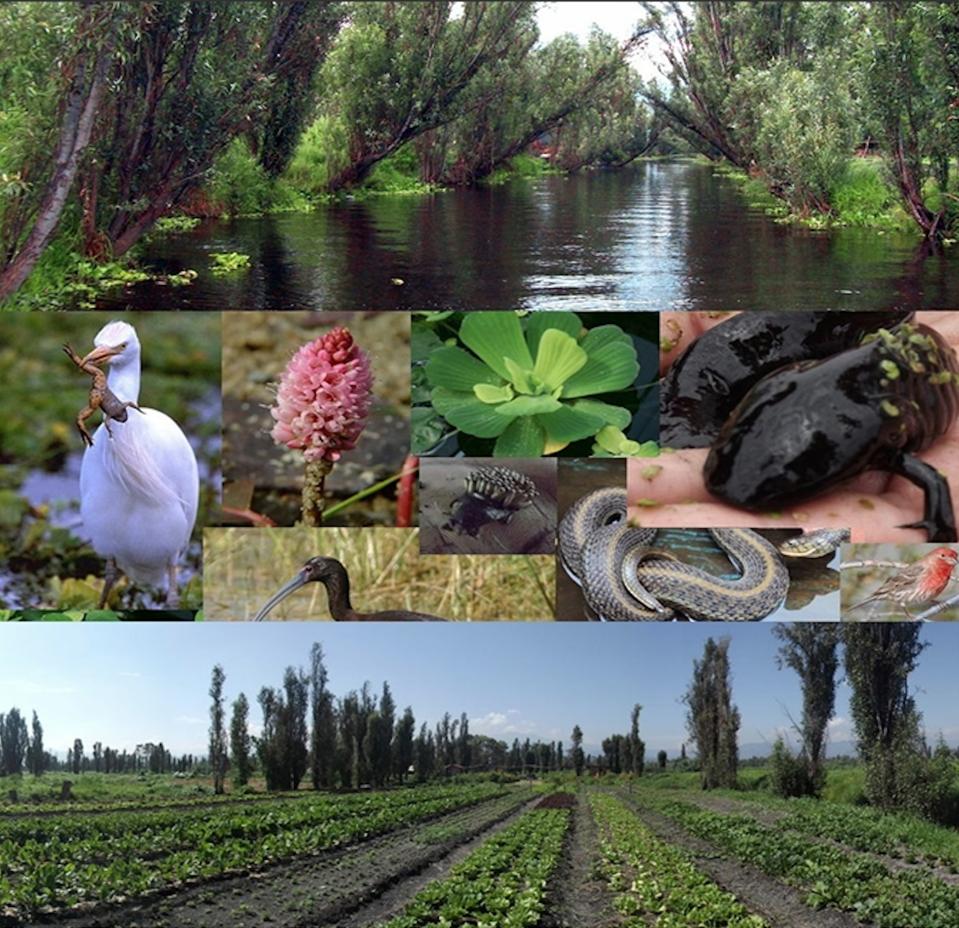 In Aztec legend, the god Xolotl was a rebel who transformed himself into an axolotl to hide from his fellow deities who were determined to sacrifice him. He was still discovered, captured, and killed.

“Culturally, the axolotl represents us,” Eloísa López, a laboratory technician who cares for a colony of captive axolotls at Universidad Nacional Autónoma de México (UNAM), told bioGraphic. “So I believe it is important to save it, as much for its role in ecosystems, in the environment, and for its role in our cultural environment.”

This colony represents “Plan B”; designed to preserve as much genetic diversity as possible so if the axolotl does go extinct in the wild, these captive-bred animals can recolonize areas where their wild kin lived.

This short film documents this conservation effort led by biologist Luis Zambrano and anthropologist and historian Cristina Barros, both professors at UNAM. In this film, they discuss their strategy to respond to this crisis, by working with traditional “chinampero” farmers to restore the habitat that is necessary not just for axolotls to survive in the wild (ref), but also for the region’s human populations to thrive.

Video created by, and courtesy of, bioGraphic, a project of the California Academy of Sciences.

6 Unique Ways Working In A Restaurant Can Benefit College Students

A Giant Origami Space Telescope That Makes Its...