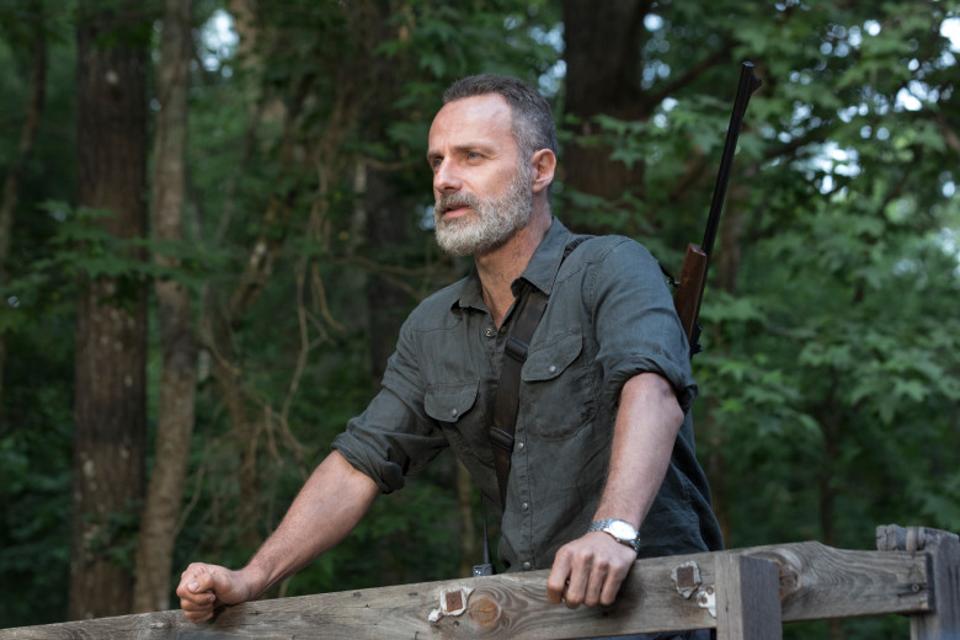 The Walking Dead’s uh, mastermind? Guru? Editor-in-Chief? I’m not really sure what to call Scott Gimple these days, but he’s essentially the showrunner of the entire Walking Dead universe, its Kevin Feige of Marvel, if you will. And one of his pet projects has been the somewhat odd solution of keeping Andrew Lincoln in the Walking Dead as Rick Grimes, via a series of standalone movies.

Gimple just did an interview with EW that is being sold as an “update” about the status of the Rick Grimes Walking Dead movies, though by the end, I think it raises even more questions than it answers, and really doesn’t serve as a meaningful update about the project at all.

As EW notes, it has been more than a year since it was announced that there would be these Rick Grimes movies, and yet we’ve heard almost nothing about them. And we’re still not going to really, by the end of this interview.

Gimple won’t really open up about any aspect of the films. He confirms that yes, they’re still planning on a trilogy and yes, these are being released in theaters and in a way where they won’t just show up on AMC the next day. He will not talk about the possible appearance of other TWD characters like Michonne (who is about to leave the show) or Heath (who already left and is confirmed to have been abducted by the same group that took Rick). Truly, some of his answers dodging these questions are astonishing bits of nonsense. Here’s Gimple addressing Heath potentially appearing:

Or how about what’s been happening in this last year of silence? 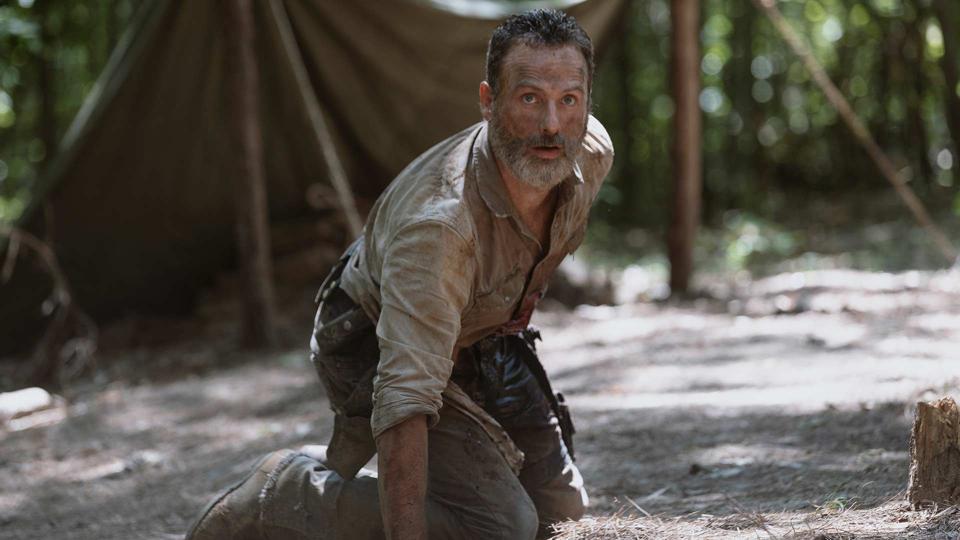 The impression I took away from this entire interview is that this project is not very far along. It does not have a finished script or a director attached to it even after more than a year of development, and I am not convinced that this project will ever actually materialize. I didn’t really doubt that before this interview, but man, that is a whole lot of dodging, and on a level that doesn’t just seem like “ah he’s trying to keep secrets under wraps.” This concept genuinely does not seem all that far along or concrete at this point.

I also question the idea of how well a Walking Dead movie is going to perform in theaters, and what might have to be twisted to make that concept work. In theory, you have to make a movie that appeals to the uninitiated, because I don’t think you can rely on the amount of fans who have watched all ten seasons of the show being all that big of a number.

Additionally, I’m not sure about the idea to make a big-budget TWD movie at all, as the money used for that and the inevitable marketing campaign could be alternatively funneled into the actual shows. And this seems kind of backwards, given that we are now living in the age of prestige TV where the best stories being told in media are often on television instead of film. Why does The Walking Dead need some big-budget two-hour blockbuster, exactly? Just because it didn’t want to let go of Rick Grimes and this is the only way to keep him vaguely attached to the series? That seems…odd.

I mean, I guess The Walking Dead kind of has its TV slate full. TWD is still going strong, Fear still…exists and now we have The Walking Dead: World Beyond, a third show, meaning if they’re spread out, that’s 48 weeks of Walking Dead TV a year. So I guess the movies is the only place left to turn (though I still want an Obsidian Walking Dead open world story RPG).

We’ll see what happens with these Rick Grimes movies, but if this was supposed to be an update to reassure us they’re still happening and moving along well, it certainly did not accomplish that.

Be Resolved To Put Self-Driving Cars On Your...

Get A Disney+ Annual Subscription For Cheap And...

Top 10 Cybersecurity Companies To Watch In 2020