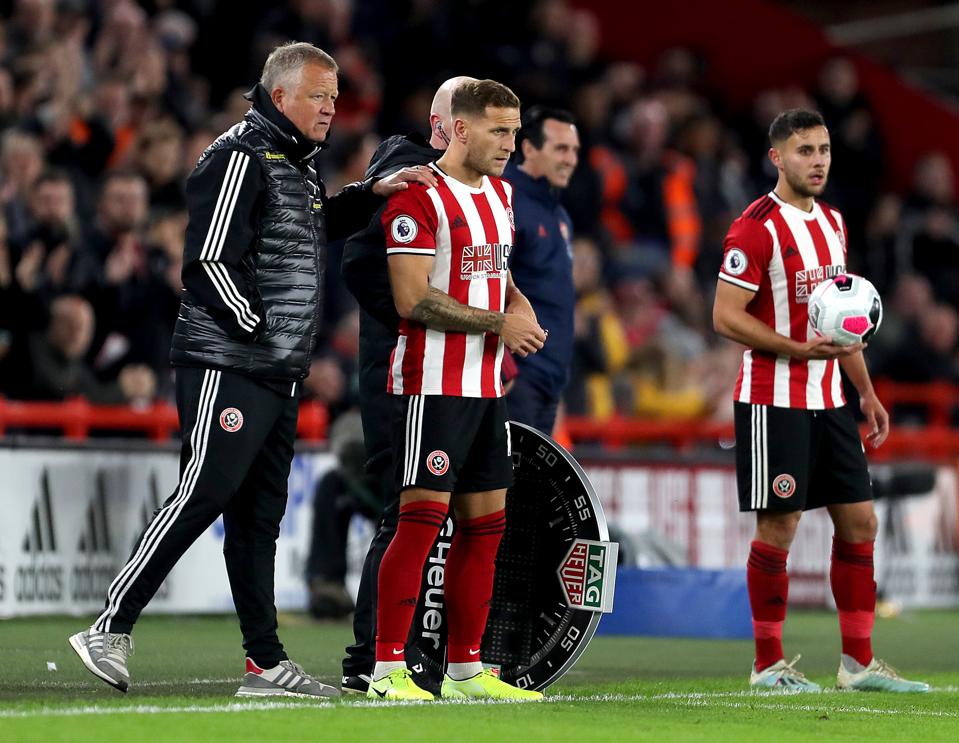 If you are thinking of watching the Premier League Manager of the Season awards in May then save your time; Jurgen Klopp is going to win. After all, Liverpool will almost certainly win their first league title since 1990 this season, and they’ll likely break a few other records too.

Klopp has already won the Barclays Manager of the Month award for four out of the five months so far this season. As far as the Premier League is concerned, he appears to be in a league of his own.

But pound-for-pound, or dollar-for-dollar, the best manager so far this season has been Sheffield United’s Chris Wilder. His Sheffield United side have the lowest wage bill in the Premier League, and were almost everybody’s pick to go down this season. According to soccer analyst Nick Harris, the club with the lowest wage bill has got relegated in 15 of the past 24 seasons.

Chris Wilder has earned more points per dollar on the wage bill by quite some distance than anyone else. That’s not to say that Jurgen Klopp couldn’t perform similar miracles at Sheffield United, after all, he has more than proven himself with Mainz. But Klopp got to sign Takumi Minamino this winter while Wilder got Sunderland Til’ I Die arch-villain Jack Rodwell, who struggled to hold down a place at Blackburn Rovers last season.

Up front, Sheffield United can’t afford a complete striker who can hold up play well, make good runs and score goals. Instead they have David McGoldrick who does all the legwork well but has zero goals to his name this season and more big chances missed than any other player in the league. Somehow, Wilder’s genius has made United’s group of McGoldricks into a lot more than the sum of their parts.

Sheffield United have seen the value in what Chris Wilder offers the club and rewarded him with a four-and-a-half year deal, with an option of one more year, to make sure he doesn’t go anywhere (not that he would). Equally important, his assistant Alan Knill, who was his assistant since they were at Northampton Town together, has also signed a new deal.

Wilder is the latest manager to sign a long-term deal at their club after Graham Potter and Dean Smith put pen to paper to keep them at Aston Villa and Brighton and Hove Albion for four years and six years respectively at the end of November.

While clubs at the top of the table, Chelsea in particular, have spent millions paying out contracts of former managers, clubs on a lower budget have realized that a good manager is a bargain when compared to some of the transfer fees bandied around for distinctly average players.

The smaller Premier League clubs have kept a bit more faith in their managers this season than usual, with Southampton being rewarded for not pulling the plug on Ralph Hassenhuttl after some shocking performances against Leicester City and Everton earlier in the season, and Bournemouth (at time of writing) choosing to stick with Eddie Howe even though the Cherries look in danger of the drop.

But even if Aston Villa, Brighton or Sheffield United were to sack their managers, the financial cost would most likely be less than the cost of getting a key signing completely wrong like Sunderland did with Jack Rodwell back when they were in the Premier League. Especially as they often have clauses that stop payouts to sacked managers once they get hired by other clubs, which Potter, Smith and Wilder certainly would.

More importantly, a long-term contract guarantees these clubs some decent compensation should their manager be poached by one of the larger clubs, which has been a real risk at points this season as many of the more wealthy clubs in the league have under-performed.

Losing their manager to a bigger club could cause enough disruption to make the difference between relegation and survival, and if Wilder or Potter were poached, their replacements might favor slightly different players, adding an extra cost to the change in managers that can easily dwarf the compensation they might receive. That cost of disruption makes tying down a good manager even more vital.

Sheffield United are currently sixth in the table, above the likes of Arsenal and Tottenham Hotspur. They’ve been in the top ten since week nine. Their season will be overshadowed by Liverpool, but given their budget, it is still a massive achievement. If anything, its a surprise Chris Wilder didn’t get an even longer contract.

As Winter Meetings Begin, Revisiting The Time When...

Britain’s Royals Are In the Midst of Reshaping...