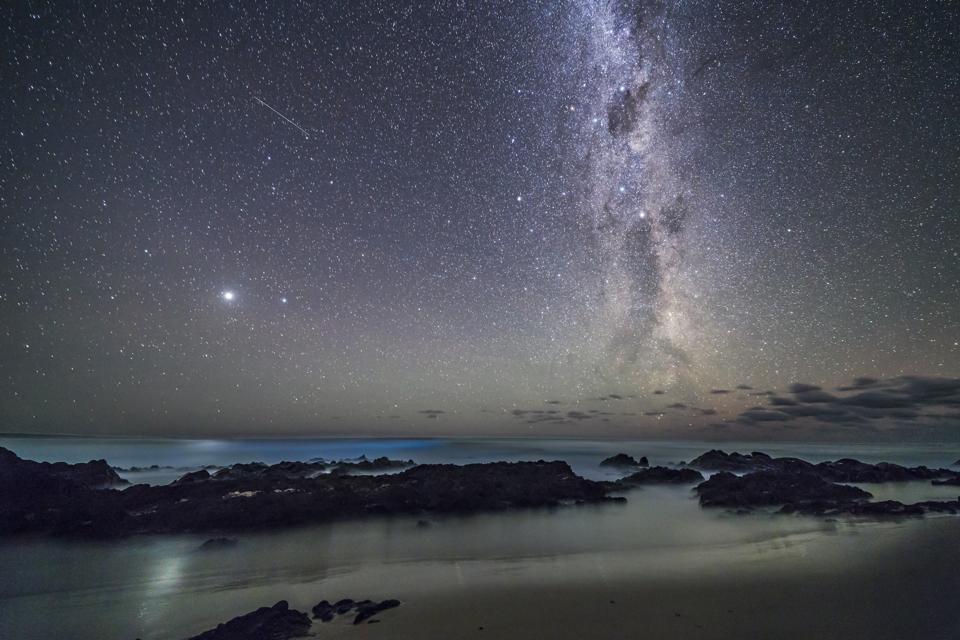 Jupiter and the southern Milky Way rising over the Tasman Sea, at Cape Conran, on the Gippsland … [+] Coast in Victoria, Australia The Southern Cross and Coal Sack are at top right, with the Pointers of Alpha and Beta Centauri below The dark lanes in the Milky Way form the head and neck of the Dark Emu, here rising out of the ocean in the southeast Jupiter is the bright object at left The waves below Jupiter may be blue from bioluminesence This is a stack of 4 x 40-second exposures for the ground, mean combined to smooth noise and further blur the water, and one 4-second exposure for the sky, all with the 14mm Rokinon lens at f/25 and Canon 6D at ISO 3200. (Photo by: VW Pics/Universal Images Group via Getty Images)

Will 2020 be the year you start stargazing? You’ve picked a great time to start. Here are the celestial highlights of the next 12 months:

The ‘Solstice Ring Of Fire Eclipse’ 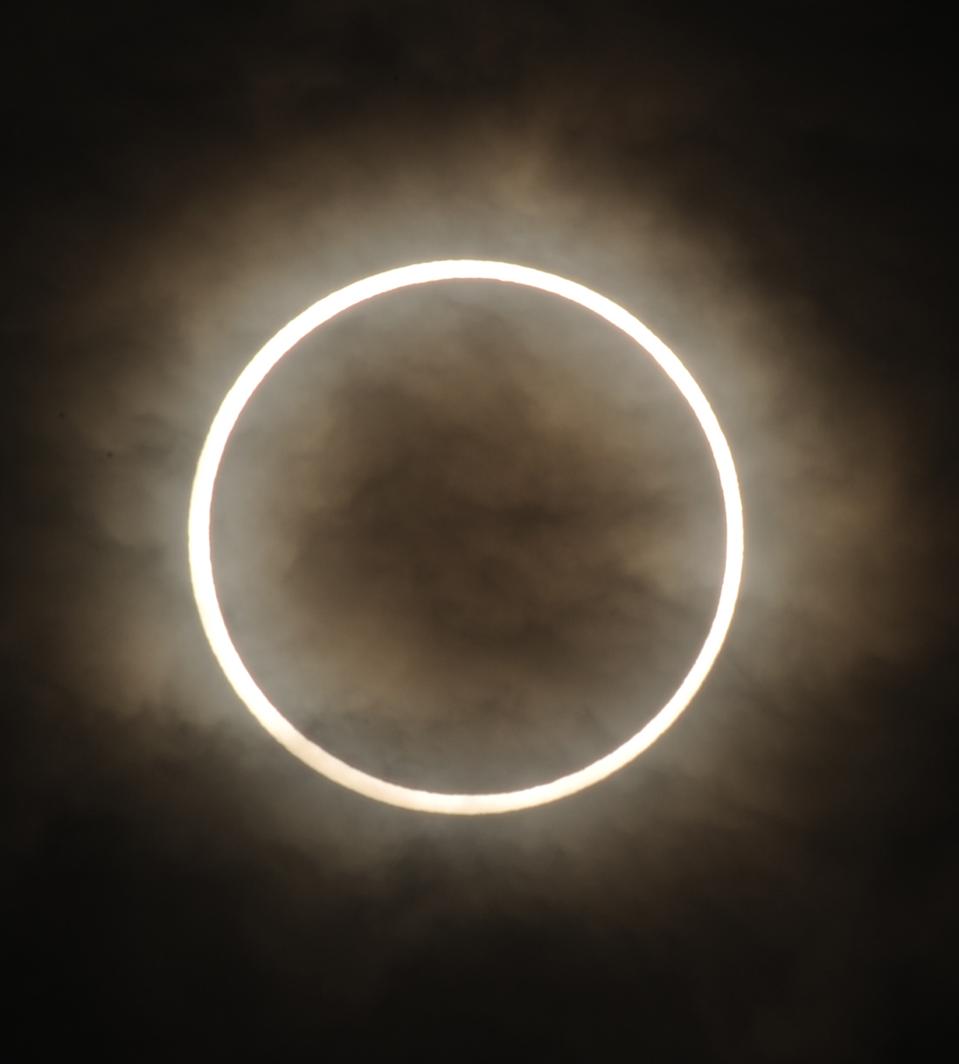 Earth just had one on Christmas Day, but an annular solar eclipse is coming in 2020 that’s extra special.

Although it will have to be viewed through solar eclipse glasses, the sight of a bright circle around the moon well, on June 21, 2020—the date of the solstice—bring fading light levels and possibly a view of the solar corona to intrepid eclipse-chasers.

They will gather in Ethiopia, Oman and Tibet for a super-short eclipse lasting as little as 23 seconds. 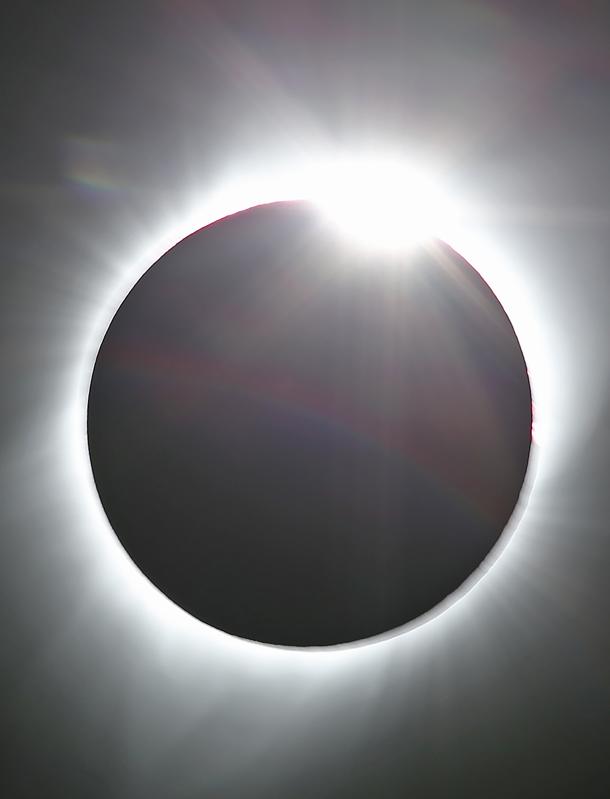 If you’ve never seen the famous “hole in the sky“—one of nature’s greatest displays—another chance will come on December 14, 2020 when the Moon’s central shadow will take just 24 minutes to cross Chile and Argentina. Observers on the centerline of the path of totality in southern Chile’s beautiful Lake District and Argentina’s region of Patagonia will experience 2 minutes 9 seconds totality.

There will be four penumbral lunar eclipses in 2020. These are not dramatic events, but the sight of a light grey and easy to look at full moon is still a strange sight to experienced moon-gazers. Such eclipses are caused when the Sun, Earth, and the Moon are almost, but not quite aligned, and our satellite drifts into Earth’s shadow for a few hours. Here’s when they’re happening, and who on the Earth’s night-side will see them: 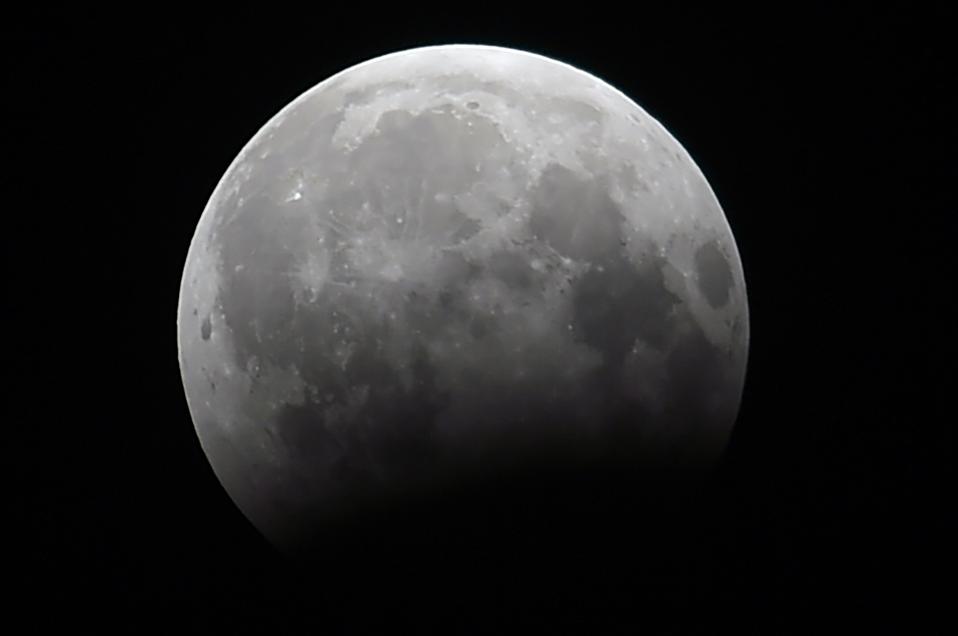 This photograph shows a full moon during the peak of the penumbral eclipse seen from Pakistan’s … [+] capital of Islamabad late on August 7, 2017. / AFP PHOTO / AAMIR QURESHI (Photo credit should read AAMIR QURESHI/AFP via Getty Images)

Defined as less than 223,694 miles from the center of Earth, supermoon full moons will occur three times in 2020. If you want to appreciate their larger apparent size, always look east at moonrise or west at moonset. Only when they are close to the horizon can you appreciate their extra size and brightness. 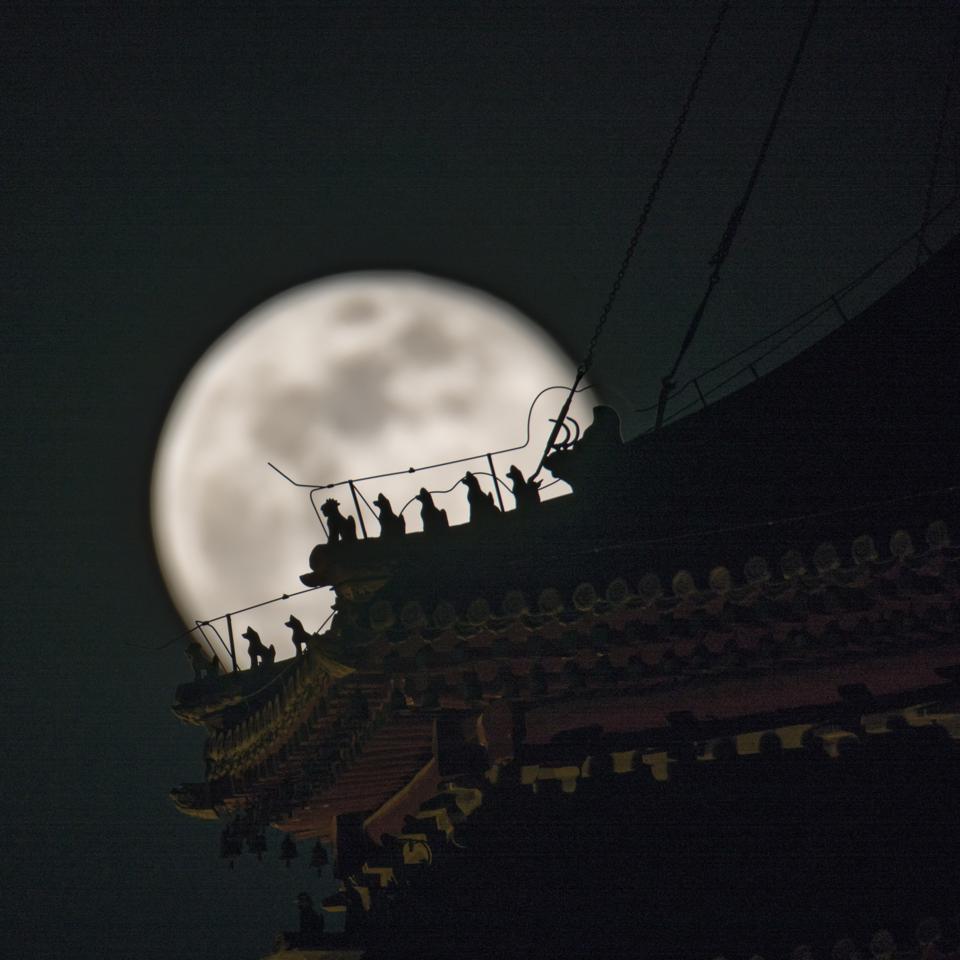 BEIJING, CHINA – MARCH 21: A super moon, announcing the end of the winter season, rises behind the … [+] ridge of a house roof on March 21, 2019 in Beijing, China. The Super Worm Moon occurs on the day as the Spring Equinox on Thursday. The moon becomes full at 9:42 p.m., almost 4 hours after the vernal equinox which is at 5:58 p.m.. (Photo by Zhang Yinsheng/Visual China Group via Getty Images)

Since Earth is an inner planet, on one day each year it gets between the Sun and each outer planet. On that day that planet is at its brightest as seen from Earth. In 2020, both Saturn and Jupiter go into so-called “opposition” in the same week. A small telescope will get your awesome views of Jupiter’s cloud bands and Saturn’s rings. 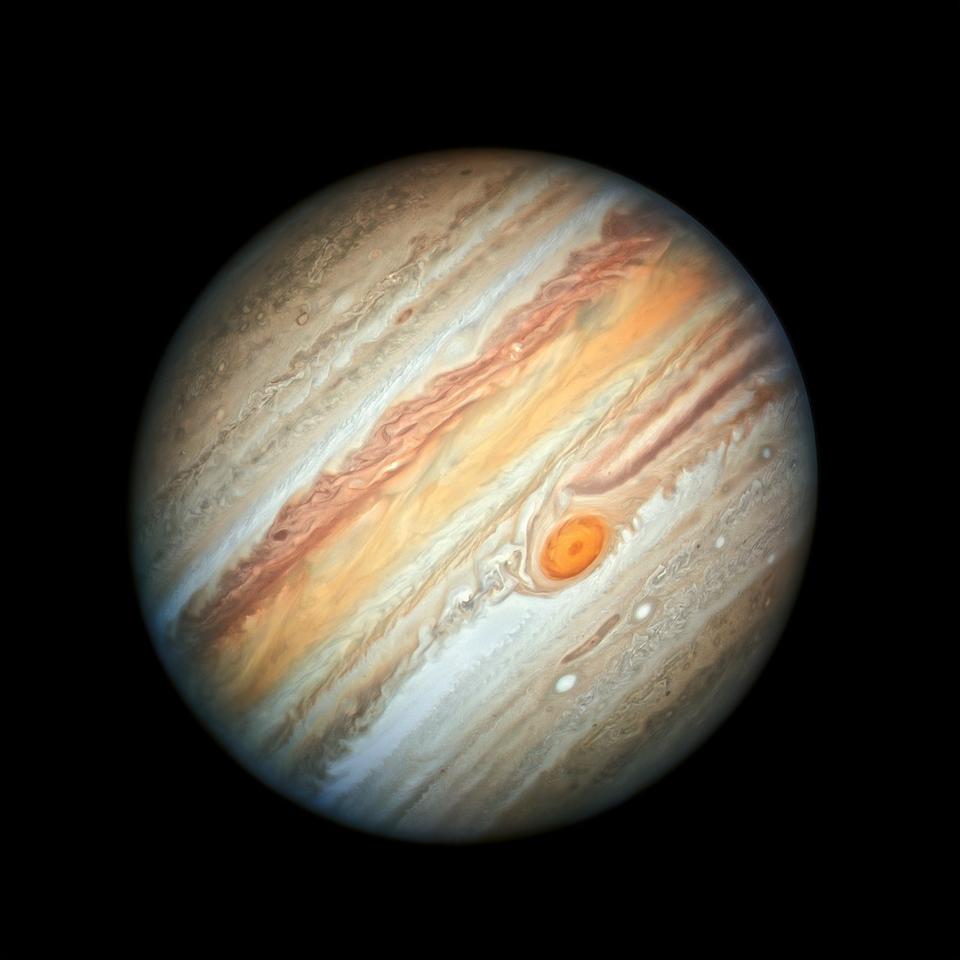 The NASA/ESA Hubble Space Telescope reveals the intricate, detailed beauty of Jupiterâs clouds in … [+] this new image taken on 27 June 2019 by Hubbleâs Wide Field Camera 3, when the planet was 644 million kilometres from Earth â its closest distance this year. The image features the planetâs trademark Great Red Spot and a more intense colour palette in the clouds swirling in the planetâs turbulent atmosphere than seen in previous years. The observations of Jupiter form part of the Outer Planet Atmospheres Legacy (OPAL) programme.

2019 wasn’t a particularly good year for shooting stars, with many of the years major meteor showers marred by bright moonlight. It gets a little easier in 2020, with the moon staying out of the way of these displays, though August’s Perseids meteor shower is again a casualty of our satellite. Here are the three to plan for: 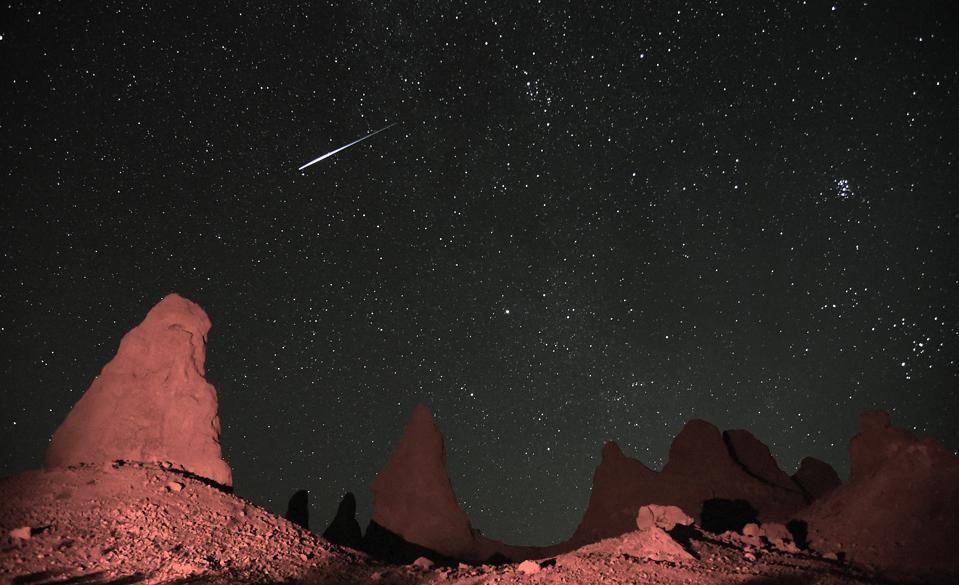 Here’s something that’s not happened since the year 2000 and won’t happen again until 2040. On December 21, 2020—the exact date of the solstice—Saturn and Jupiter will appear incredibly close together (just 0.06º apart) right after sunset. Astronomer’s call this an “appulse”or a “great conjunction.” It will all be a matter of perspective; Jupiter and Saturn will actually be 733 million miles from each other, as well as being 887 million miles and 1620 million miles from Earth, respectively. However, from Earth, the giant gas planets will appear almost as one.

‘The Mandalorian’ Episode 5 Recap And Review: ‘The...