Subscription Overload: Are You Making This Common Budgeting Mistake?

Thanks to technology and the internet, there are endless new ways to spend money. You can order practically anything and have it delivered to your door the same day thanks to Amazon, and you can fully customize your television experience thanks to streaming services like Netflix, HBO GO, and Disney+.

You can have an entire box of surprises delivered to your home with unnecessary services like the Fab Fit Fun box and the Birchbox, both of which include various grooming products. You can sign up for a monthly delivery of beer, a new wine each month, a monthly cheese club, or even the candy of the month.

Unfortunately, subscription services can inflict more damage to your finances than other types of purchases since they are set up to charge your credit card automatically (and usually for small amounts). This makes them far too easy to keep in perpetuity — or even forget you’re paying for them altogether. 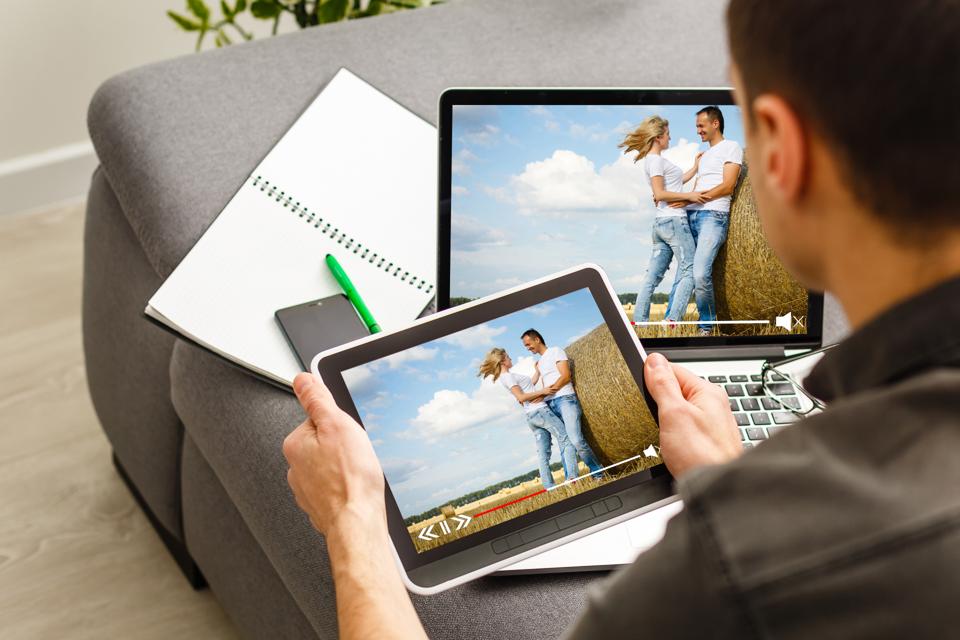 How Many Subscriptions Do You Pay For?

Having a new vodka or set of razors delivered to your house each month does sound nice, but there are financial consequences that come with having so many subscriptions. A 2018 study from West Monroe Partners also concluded that consumers may be spending a lot more in total than they realized on subscriptions, although those surveyed by the firm did report being satisfied with their purchases overall.

Funny enough, the company that performed the study asked consumers about their subscriptions twice — and they received conflicting answers most of the time. After asking once and waiting 30 seconds, they noted that consumers normally came up with a few more subscriptions they forgot about the first time.

“Clearly, most Americans are unaware of how much they spend on subscription services,” they write. “When pressed for a quick answer, they dramatically underestimate the amount. This is a boon for companies operating subscription models… and a bust for advocates of conscientious budgeting.”

It’s easy to see why this is a problem. It’s one thing to pay for common and likely necessary subscriptions like mobile phone service and internet access for your home. But it’s just as easy to go down the subscription rabbit hole and start signing up for weekly meal delivery, lifestyle subscriptions, and surprise boxes of treats for your pets.

If you’re not saving and investing enough to reach your financial goals, then these subscriptions are twice as bad. With that in mind, it’s probably smart to figure out how much you’re spending on subscriptions so you can determine whether you’re spending too much or just the right amount.

How To Take Stock Of Your Subscriptions

If you’re no longer sure which subscriptions you’re paying for, there are several apps and services that can help. For example, TrueBill lets you take stock of all regular and recurring charges made to your accounts, including subscription services. This app even cancels unwanted subscriptions on your behalf with the goal of helping you reduce financial waste so you can save more money over time.

Trim is another app that performs a variety of services, including an in-depth analysis of your regular spending. This app goes the extra mile to negotiate cable, internet, phone, and medical bills on your behalf, but it will also cancel old and unwanted subscriptions you have and more.

If you don’t want to use an app or a third party, you can also take stock of your subscriptions on your own. All you have to do is break out your last six months of bank statements and credit card bills, then look them over for subscriptions you’ve paid for. From there, you can figure out which ones to keep and which ones to cut, then call each company you plan to nix from your budget or cancel them online.

The new year is the perfect time to take stock of your financial position and look for ways to improve it. This is especially true if you’re languishing in debt or just not saving any money, which could describe most people in America.

It’s possible your regular spending or low earnings are the main culprits for your money woes, but it’s also possible you are signed up for too many subscriptions that automatically chip away at your income each month.

No matter how fun it is to have a BarkBox for your dog magically show up at your doorstep each month, it’s important to consider which subscription services add value to your life and which are simply frivolous. Your cellphone is probably a necessity, but the Hot Sauce of the Month Club (yes, that is really a thing!) is definitely not. If you’re struggling to save money, non-essential subscriptions should be the first line items on your budget you cut.

Also keep in mind that many of these services go up in price over time. For example, Hulu rolled out a live television offering within the last few years, but the company just raised its pricing $10 per month in December from $44.99 to $54.99 per month. An Amazon Prime membership once set subscribers back $99 per year, but consumers now pay $119 per year.

The reality is many subscription companies set low upfront pricing that they slowly raise over time. If your goal is having savings for a rainy day and the money to retire when you want to, it’s time to take a stand. You’re better off nipping subscriptions in the bud early on, and before they send your finances in a tailspin.

Why You Need To Worry About Your Job...

The 3 Most Underappreciated Income Funds On The...

Three Strategies For Leveling Up Your Business’s Finances...