Taiwan Faces Outsized Risk To Economy From The Coronavirus Outbreak 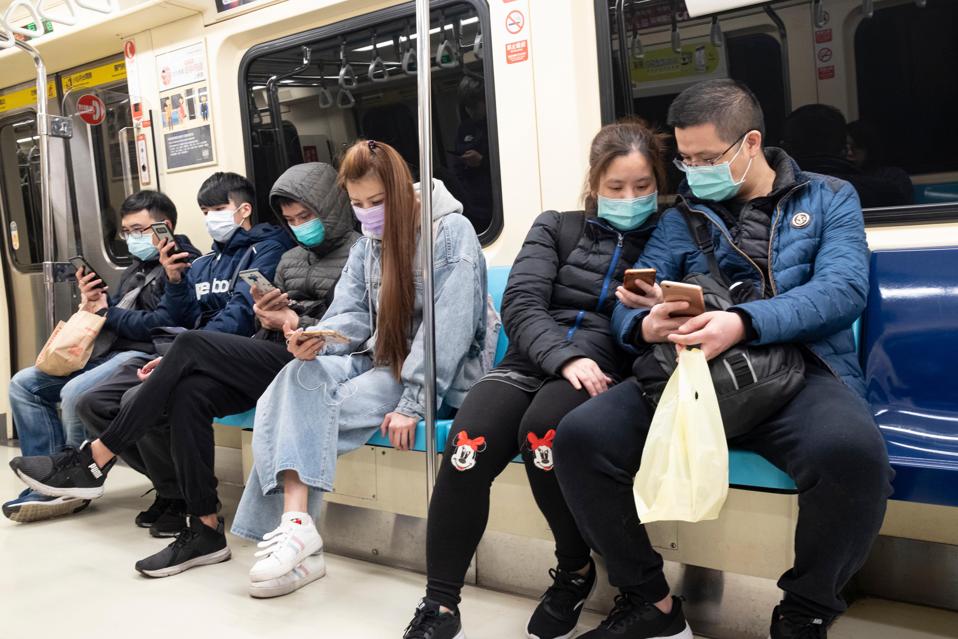 Commuters in the Taipei MRT system wear surgical masks on February 23, 2020 to avoid catching the … [+] coronavirus.

As the coronavirus continues to spread, reaching 100 countries as of Tuesday, Taiwan has been noteworthy as one of the few places that had managed to keep its confirmed cases down to just 47 patients. Although the island of 23 million residents has reported far fewer infections than its neighbors and many countries elsewhere, Taiwans’ economy is expected to take a much bigger hit due to its exposure to China.

Of the Asian economies surveyed last month by Moody’s Analytics, Taiwan has the largest trade exposure to China, at around 26% of a $654 billion GDP, despite trends over the past few years of shifting operations to Vietnam over China or testing the home market again even though costs are higher.

In comparison to other markets in Asia, Taiwan relies the most on China for downstream production, says Ma Tieying, an economist with DBS Bank in Singapore. As much as 48% of Taiwan’s exports of “intermediate goods” are destined for the Chinese market, Ma says for this post, and that’s “far above” a regional average of 26%.

A heavy economic toll on Taiwan would tarnish an otherwise smooth government response to the respiratory illness itself. The island just 160 kilometers from China has largely stymied the spread of virus that has already afflicted 80,756 people on the mainland, 7,513 in South Korea and another 530 in Japan.

An outsized hit to the Taiwan economy would add urgency to efforts among companies to rely less on China for business. “From the long-term perspective, the Covid-19 crisis in China underscores the importance of supply chain diversification for the mainland-based Taiwanese manufacturing firms,” Ma says.

Investors in China will probably step up repatriation of capital back to Taiwan, Ma says. Companies weary from the Sino-U.S. trade dispute were already trying out the home market again to avoid paying higher U.S. tariffs on goods shipped from China. “Diversifying into Southeast and South Asia could also be an option considered by Taiwanese manufacturing firms in the longer term,” she adds.

Taiwan’s risks mirror those seen in many locales across Asia. Inbound and outbound tourism are down because flights have been canceled around much of Asia and travelers have been deterred from heading overseas anyway. Add to that a dip in retail and entertainment spending–fewer people are shopping or eating out to avoid crowded places. Many public events have also been canceled as a safeguard against spreading the disease. Hotels and airlines among AmCham Taipei’s 500 American company members with Taiwan presence are feeling the pinch the most so far, the chamber’s Chairman C.W. Chin told a news conference Wednesday.

Taiwan-based China Airlines told the Taiwan stock exchange it had canceled 40 flights. Share prices of the carrier that reported a profit in 2018 had fallen 8.6% between January 20 and March 4. Its Taiwanese peer Eva Airways, also profitable in 2018, lost more than 10% over that period as it suspended some of its China flights. Both carriers rely heavily on carrying passengers between Taiwan and China.

Taiwan’s tech hardware makers are facing losses as workers at their China factories come back slowly after a Lunar New Year break that was extended by a week to stop people from spreading the virus. Foxconn Technology, the most iconic among those manufacturers, said in a statement February 27 it was buying 1 million surgical face masks per day for its China-based employees so the disease doesn’t spread in its facilities.

Non-tech manufacturers will also feel an impact from “supply chain disruption,” said Song Seng Wun, a CIMB private banking economist in Singapore. Among Taiwan’s supply chain-reliant firms include makers of machinery and petrochemical goods. “When you have supply chain disruption, it can exaggerate somewhat on the negative side, which goes into all kinds of manufacturing,” Song says. “It would be hard to be immune.”

Moody’s Analytics adds that Taiwan stands to lose a lot China makes up a key offshore job market and a place to sell things. “China is…a large employer of Taiwanese citizens and an important source of final demand,” the analytics firm says in a research note. Taiwanese smartphone developer HTC, for one, relies heavily on Chinese consumers for lower-end handsets. Foxconn and HTC share prices both fell more than 10% in early February.

For many, the focus now will be on GDP forecasts and government responses. Confidence in 2020 economic growth among American firms in Taiwan fell from 73% before the virus outbreak to 53% as of February 17, Chin says, citing results of a member survey. Taiwan’s Directorate General of Budget, Accounting and Statistics lowered the government 2020 GDP forecast last month from 2.72% to 2.37% as the virus was spreading rapidly through China. 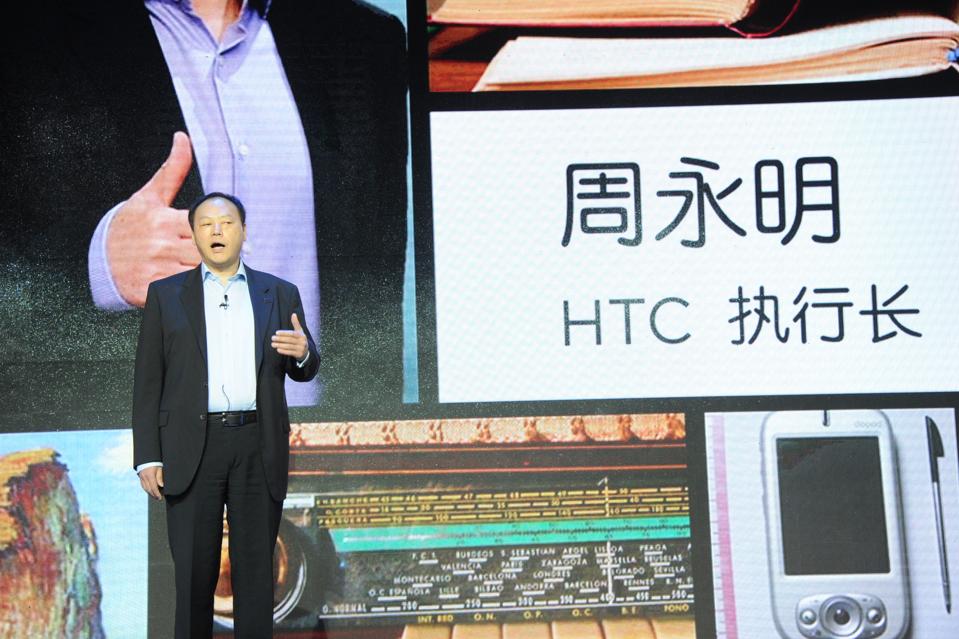 Peter Chou, then CEO of HTC Corporation, speaks during the launch of the HTC One smartphone at China … [+] World Hotel on April 24, 2013 in Beijing.

The Celtics’ Bench Is Officially A Problem

All Relation Brewing And The Rise Of The Cocktail-Inspired Beer