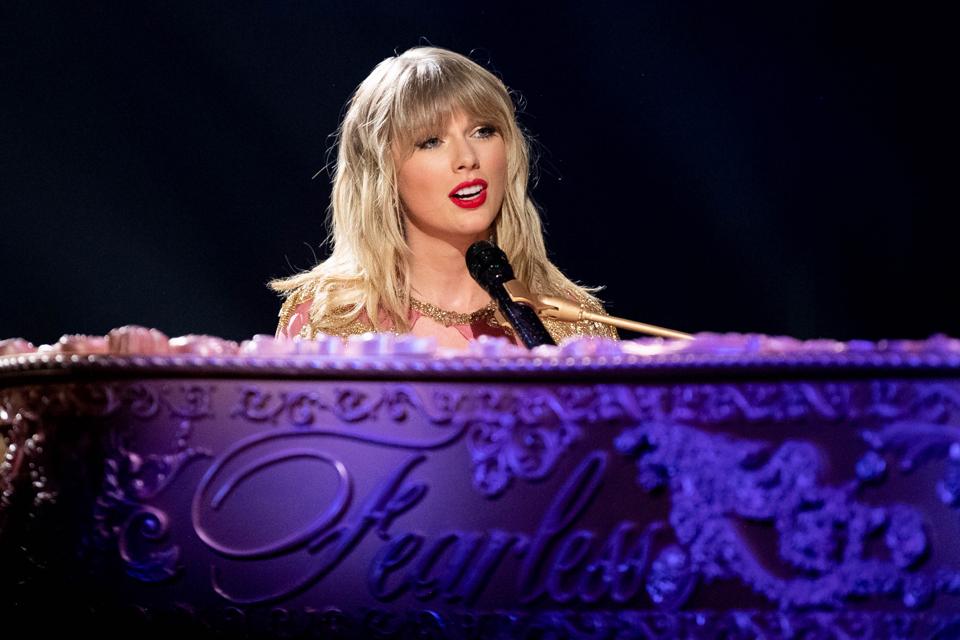 As his new album Hollywood’s Bleeding continues to rank as one of the best-performing titles in the country week after week (it’s currently back at No. 2 on the Billboard 200), Americans continue to listen to the songs featured on Post Malone’s debut full-length Stoney. All those plays (and a handful of purchases) have kept the project charting for 156 weeks, or exactly three years, and it’s still living inside the top 100.

Like Post Malone, Taylor Swift is currently busy promoting a new effort (Lover, which is up to No. 4 this frame), but her previous releases are still going strong. Her first pure pop album 1989 celebrates five years on the Billboard 200 this week, as it settles at No. 142 in its two hundred and sixtieth frame on the list.

Nirvana takes up two spots on this week’s Billboard 200, with their MTV Unplugged in New York release slipping to No. 119 while their album Nevermind climbs to No. 166. The latter title has now been living on the chart for an incredible 450 weeks, which stands as one of the most impressive showings of longevity of all time. Coincidentally, Nevermind isn’t the only studio effort that hits this important milestone this week, but more on that a bit lower on the tally.

K-pop group EXO is back on the Billboard 200 this week with their new album Obsession, their sixth release (which is included in the name). The No. 198 start is disappointing for one of the more popular groups in the genre, but its placement is important, as it helps them become just the second Korean act to chart four separate titles on the list.

Just like Nirvana’s Nevermind, Bruno Mars’ debut album Doo-Wops & Hooligans has now spent 450 frames on the Billboard 200, making it one of the top 10 longest-charting titles in history. The set produced six singles at the beginning of this decade, including the international smashes “Just the Way You Are,” “Grenade” and “The Lazy Song,” all of which remain some of Mars’ most popular compositions. Streams and sales of those songs have helped keep the album afloat for over eight years.

BTS Has Tied The Record For The Most...

Shining A Light On Syrian Women Running A...

Joe Ingles Has To Stay In The Utah...

‘A Beautiful Day In The Neighborhood’ Gives Nod...