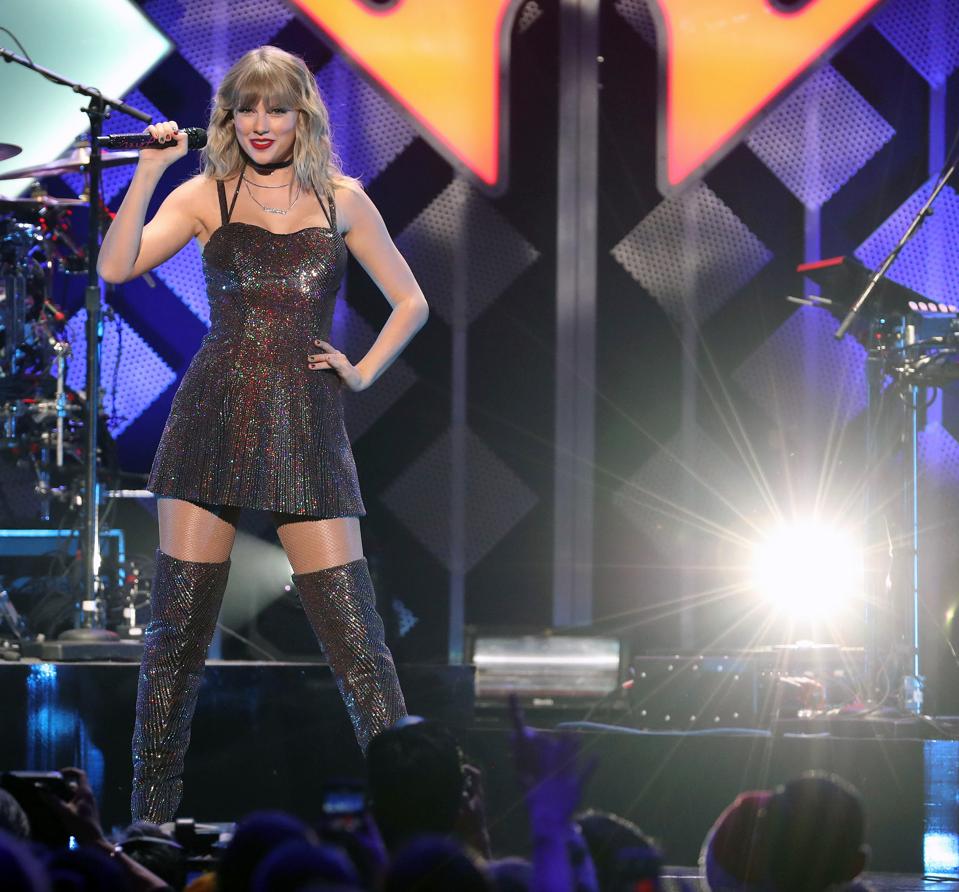 Taylor Swift has been confirmed as the Sunday-night headliner in 2020 for Glastonbury, the world’s largest greenfield music festival.

Swift will be making her Glastonbury debut on June 28. Speculation had been mounting that Swift would headline the event at the Pyramid Stage because there was a gap in her touring schedule for that weekend.

The news follows confirmation that the Motown star Diana Ross will play the Sunday afternoon “legends slot.” Last month, it was announced that Sir Paul McCartney will headline on Saturday night.

Swift confirmed the news on Twitter and said that she was “ecstatic.”

The founder of Glastonbury, Michael Eavis, and his daughter, the event’s main organizer Emily, said they were delighted to welcome one of the biggest stars in the world.

Swift has been much in the news this month – attacking “toxic male privilege” in one speech; joining the Strictly Come Dancing final on British television; and marking her 30th birthday. She will be starring in a new version of the musical Cats and is also pushing a seasonal single, “Christmas Tree Farm.”

Swift’s 53-date Reputation Tour that finished last year was her first all-stadium event and grossed about $345.7 million. The smaller-scale 15 Lover Fest shows in 2020 will be aimed at festival venues in Belgium, Germany and also British Summer Time in London in July. Swift has said that the shows will be more fitting with the summer vibe of her latest album.

Lover is her first album for Universal/Republic, She quit her previous label, Big Machine, last year and fought to purchase the master recordings after the entrepreneur Scooter Braun bought the label this year.

Lover is the only album of 2019 to sell more than a million “pure” copies. Swift came top of the Forbes list of the world’s top-earning musicians of 2019 with $185 million.

Glastonbury tickets nearly always sell out in minutes, months before the event takes place in Somerset, England, and long before headliners are confirmed. There is a small resale of unsold tickets each year. About 200,000 people attend the event. Artists get their shows broadcast around the world and often experience significant sales in the week after the June festival.

Speculation will continue on the third Glastonbury headliner for the Friday night. The Pulitzer-winner U.S. rapper Kendrick Lamar is now the front runner, over rumors mentioning Madonna, The 1975 and Chemical Brothers. Emily Eavis has hinted that it will be a male artist playing Glastonbury for the first time.

Acts now ruled out are Elton John, who has confirmed shows in the U.S., and Fleetwood Mac, who may be too expensive for the organizers. Roger Waters and Nick Wright of Pink Floyd in 2017 hinted at a possible reunion just to play Glastonbury, depending on the view of their bandmate David Gilmour, though the event organizers are ruling this out for 2020.

6 Terrifying Films To Stream Instead Of ‘A...