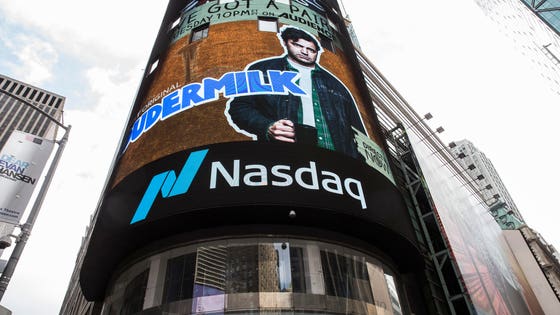 “The ability to deploy manipulative strategies with their own technology and exponential increase in data quantities can act as the perfect ecosystem for  market manipulators looking to hide amongst the noise,” the Nasdaq high-level cop told House Financial Services Committee Artificial Intelligence Task Force.

As an example, Nasdaq is running over 40 different algorithms with approximately 35,000 parameters in real-time looking for market abuse and manipulation, Rejsjo told the panel.

She explained AI is helping detect market manipulation by identifying by signals in the market; that a scheme to defraud market participants often has a specific pattern in how it is executed; and that there is a price rise/decline, an action taken and trading is then restored to norm.

With its advantages in detecting fraud, the Nasdaq Surveillance chief said AI is not the be-all-end-all.

“The human input is still of primary critical Importance… AI depends on the “human-in-the-loop” learning that relies on analysts sharing their expertise with the machine, Rejsjo asserted.

Stressing the impact algorithmic trading is having on the markets, AI Task Force Chair Suburban Chicago Democratic Representative Foster pointed out   the three types of computer-managed funds – index funds, ETFs, and quant funds, make up about 35 percent of the approximately $31 trillion American public equities market compared to 24 percent for human- managed financial vehicles such as traditional hedge funds and other mutual funds.

He warned algorithmic trading can cause unpredictable consequences that create market volatility such as 2010 flash crash and more recent mini flash crashes.

He pointed out passive funds that frequently use algorithmic trading charge less than 1 percent of assets under management each year while active managers often charge 20 times that much.

At the same time, Foster pointed technology efficiencies could result in putting 200,000 banking industry workers on the unemployment lines, according to a Wells Fargo report.

Another report, this one by McKinsey & Co. predicted 40 percent of existing jobs at financial firms could be automated with current technology, the Congressman added.

“While the cuts will certainly affect back office, call center, and customer service positions, the pain will be widespread. Many front-office workers, such as bankers, traders and financial analysts could also see their headcount drop,” the House Financial Services Committee AI Task Force Chair said.