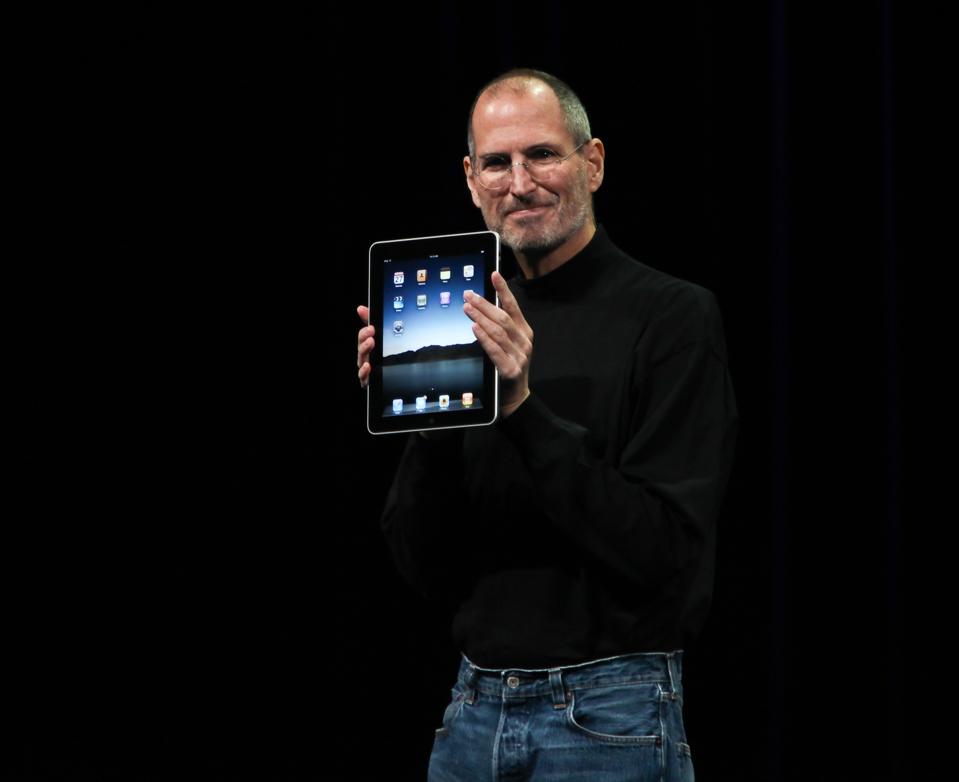 This week is the 10th anniversary of Steve Jobs’ introduction of the iPad. At the time, the Apple faithful had a mildly positive reaction, the stock went up a little and came back down, and life went back to normal. After all, the device wouldn’t ship until April.

Just as I bought the first Mac when it came out in early 1984, and I bought the first iPhone in summer 2007, I picked up the first iPad right after the April launch. I’ve purchased ten iPads in the intervening years, some for myself, some for my family. I retired the original iPad years ago, though now and then I’ll pull it out just to see if it still works. So far, it always has. On the 10th anniversary of its announcement, I thought it might be fun to pull it out again, put it through its paces, and see what still works and doesn’t work. After using it all day on the 10th anniversary, I have to admit, I was pleasantly surprised how well the original has held up. Like a car enthusiast driving a Model T to a car show, I used my old iPad at work for a day. I was able to email, text, surf the web, even watch videos and listen to podcasts. That Steve Jobs had a pretty good idea with the iPad. It just might catch on! 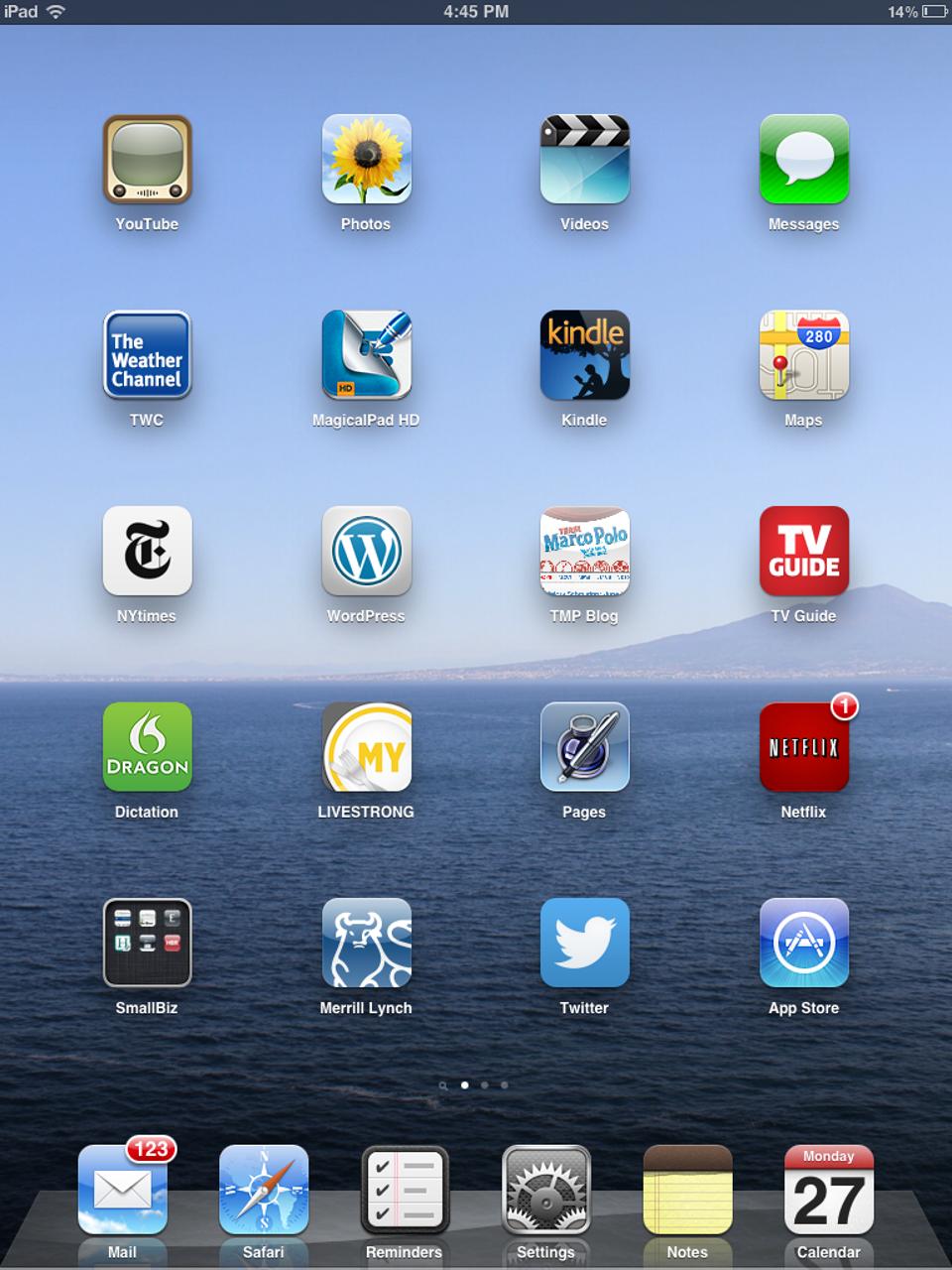 Like all iPads, my unit booted up immediately and showed a bright colorful desktop background that can be easily changed by the user. Ten years ago, PCs and Macs still took a while to boot up (I remember boot times of over a minute on my Macs). While this feature seems obvious today, it was amazing in 2010.

The home screen of iOS 5.1.1 (iPad shipped with iOS 3 and could be upgraded twice during its lifetime) has the “slide to unlock” feature. After sliding, the device features the chicklet app icons—unique then, but ubiquitous now. The major apps back in the day included YouTube (with a cute little 50s retro TV icon), photos (with the “enlarge and spread out” feature that seemed so amazing), and Maps, powered by Google, with turn-by-turn navigation (a feature that blew my mind when I first saw it). Apps are arranged up to four across by four down, with space for six apps on the lower menu bar. They have the “glassy” appearance that disappeared in iOS 7, to be replaced a flat, more vibrant look.

Some of the apps are no longer functional but a surprising number still work as well as they did on day one. YouTube gives an error message. Maps couldn’t determine my location but still worked if I manually installed directions. 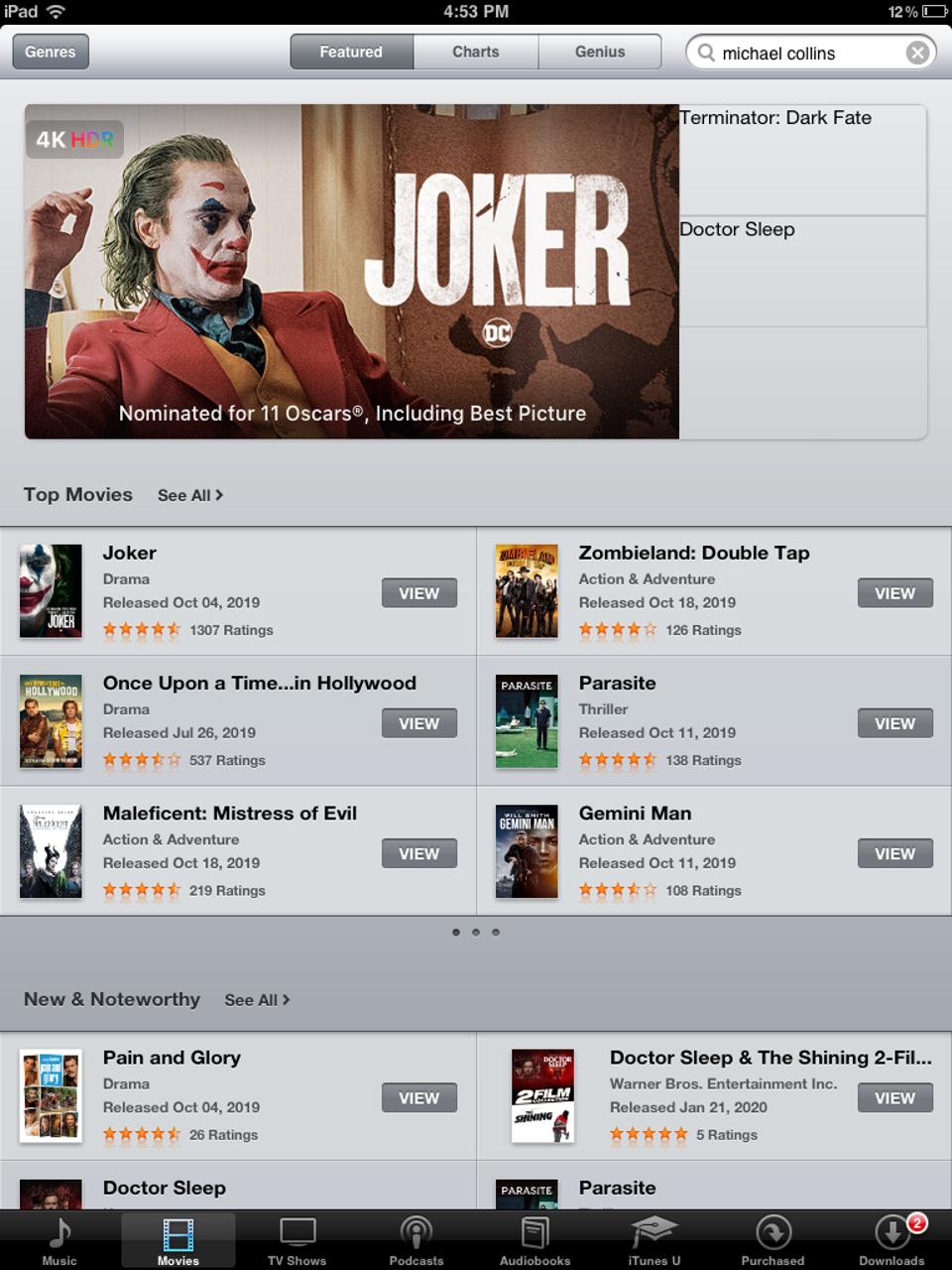 The iTunes Store on iPad 1 is still functional.

Amazingly, the iTunes store still appeared to work. The splash page featured movie rentals including Joker, Once Upon A Time in Hollywood, and Frozen 2. Rentals are offered in HD and SD, though the screen resolution clocks in at 1024 × 768, far less than HD quality.

Podcasts also worked. I was able to pull up all of my favorite podcasts and download or listen to the latest episodes. When combined with a Bluetooth keyboard and speaker, you can use the old codger as a pretty sweet entertainment system.

So many elements of the first iPad are available in a functional version that, other than improved screen resolution and much faster response time, I can’t remember why I stopped using version 1 of the iPad, at least for little things around the house or office. If nothing else, the picture frame mode, which disappeared with iOS 7 is worth a nostalgic spin—it’s always great to see those shots of the kids before college tuitions and boyfriends and girlfriends appeared. 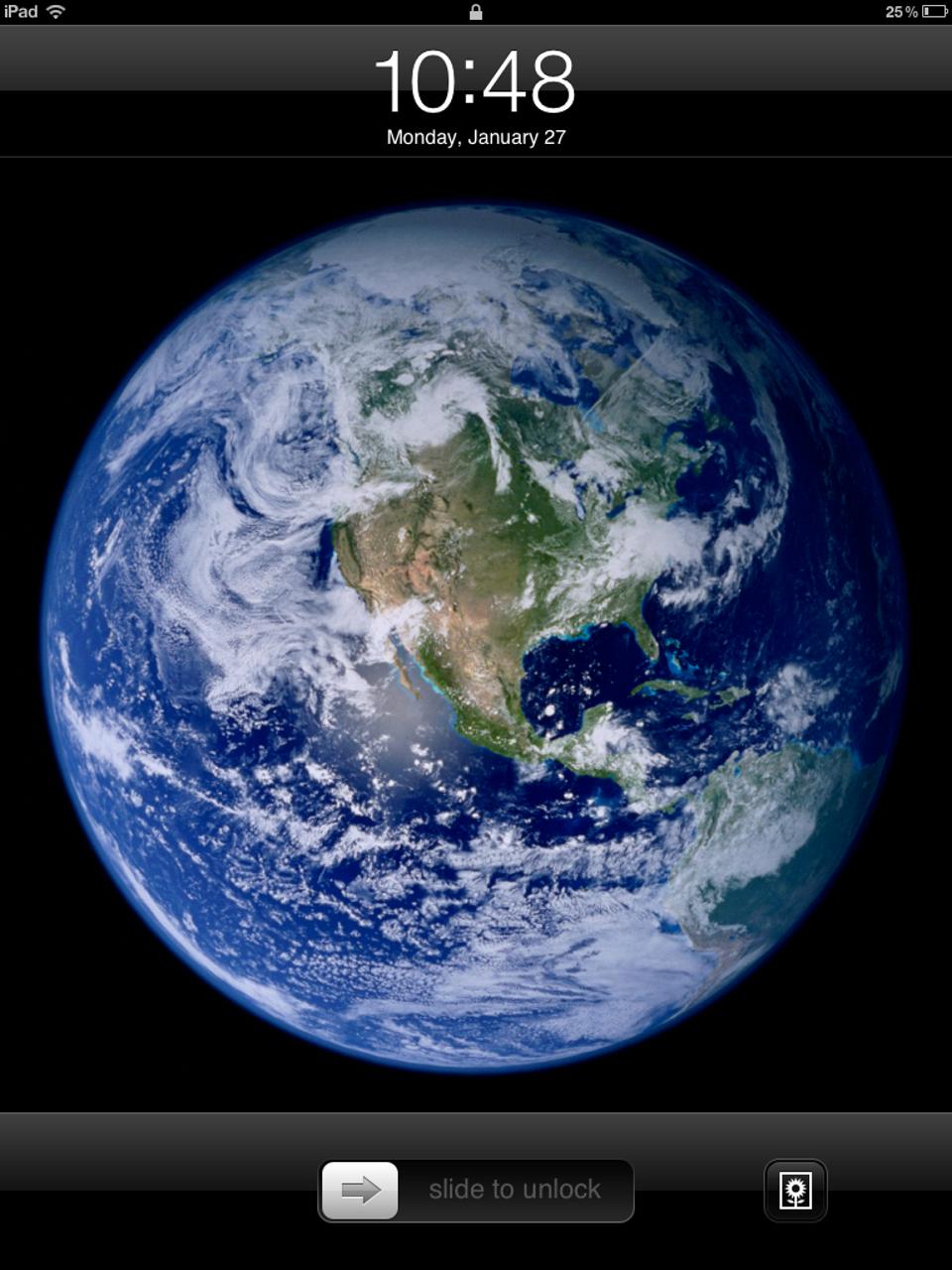 The main differences involve the responsiveness of the apps, which can be substantial, enough to make using this version prohibitive. Interface with the cloud is also much less sophisticated—for most people today, that limitation would be a dealbreaker.

But when I think of the main functionality of my iPad Air 2 today—reading articles, listening to music and podcasts, reading articles via a web browser, the ten-year-old version 1 of iPad still works surprisingly well. The biggest drawback for me is the weight. At 680 grams, the original iPad is fully 55% heavier than my 437 gram iPad 2 (which is still the lightest full-sized iPad so far). I can’t hold it in one hand while lying in bed or sitting in a chair drinking coffee. Still, I use a stand at least half the time for my current iPad Air 2, so on those occasions, I could use the iPad 1 just fine.

I’m sure I’ll test it out a few more times in the coming days, like spending a weekend in your old town after a high school reunion. But when the time comes, it will go back in the drawer, to come out again when a kid or grandkid pulls it out and says “Does this thing still work?” I can tell them honestly that the answer is “Yes it does. Yes it does.”

Gold A Winner From The Coronavirus, But Don’t Forget Other Metals