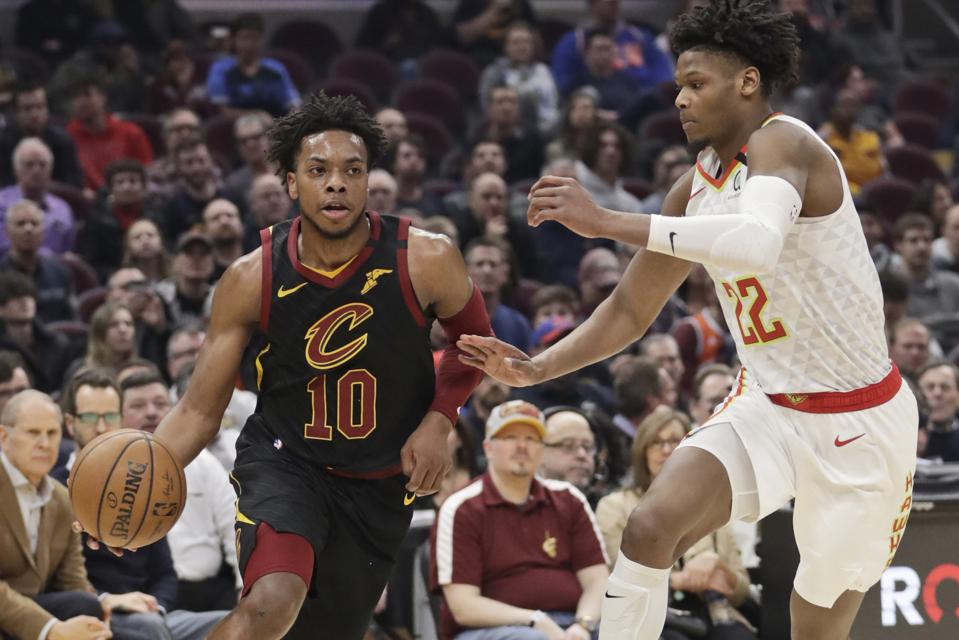 When the Cleveland Cavaliers selected Darius Garland fifth overall out of Vanderbilt last summer, it raised a few eyebrows. They had just drafted Collin Sexton, a point guard, a year prior. At the time, it felt like the Cavaliers could start Garland and Sexton in tandem like the Portland Trail Blazers do with Damian Lillard and C.J. McCollum. It seemed doable on paper heading into the season, even if there were some major concerns with the tandem’s defensive and positional overlap.

But, as Cleveland heads towards the All-Star break, it’s become evident that they aren’t going to be able to emulate the Portland experiment. Sexton’s skill set seems best utilized as the team’s sixth man going forward, mostly due to his preference to score in a myriad of ways over moving the rock. Garland, meanwhile, has actually surprised many of his doubters. His skill set doesn’t overlap Sexton’s at all. In fact, he looks like Cleveland’s point guard of the future.

“As time passes, you start to see what made Garland so intriguing in the 2019 draft,” said one unnamed scout. “He has shown flashes of things that make you think of Damian Lillard or Steph Curry with his three-point shooting and some of his playmaking. He won’t be the next Steph, but he has the potential to be a special player. ”

To be fair to Garland, it does feel like a bit much to call him the next Steph Curry. But, to an extent, it also doesn’t feel too far fetched to compare him to Lillard. Garland has shown flashes similar to a Lillard-like player throughout the first half of this season. In contests against the Milwaukee Bucks and Dallas Mavericks, Garland looked locked-in from beyond the arc. He connected on five three-point attempts in both contests, which are career highs. In terms of playmaking, Garland has looked steady throughout the season as well. His career high of 10 assists came in a loss to the Los Angeles Clippers, but throughout the season Garland has looked like a conditioned point guard running Cleveland’s offensive sets.

These peaks in Garland’s young career also have come with plenty of valleys though. So far this season, Garland is averaging on 12.2 points on 39.4% shooting, including shooting 35.2% from three-point range, to go with 3.8 assists and 2.6 turnovers. There are flashes that make you optimistic, sure. But, the inconsistencies thus far temper that optimism and start to make you wonder what Garland’s ceiling actually is.

There is a pretty good reason to squash nearly any concern when it comes to Garland’s growth. He only appeared in five games collegiality while at Vanderbilt, logging only two minutes in his fifth appearance against Kent State. Other than that, Garland’s only serious opponent while was in college came against Southern California. The reason for limited college experience was due to a meniscus tear that kept Garland out for the remainder of his college career. It also played a factor in him being unable to participate in Summer League play or in the preseason with the Cavaliers. That, and when Garland was finally starting to put things together he hit a bump in the road when the flu hit Cleveland’s locker room.

With that in mind, it makes sense why Garland has been inconsistent to start his NBA career. He’s virtually going from playing high school basketball to professional basketball with no time in between. That’s a brutal start for any player, especially for a baby faced 20-year-old. As cliche as it probably sounds, Garland more than likely hit his rookie wall earlier than his fellow draft class members.

Thankfully, with the NBA All-Star break here it gives Garland a chance to catch his breath during a tumultuous season. With some time off, Garland can rest and will likely come out to finish the remainder of this season showing more flashes of potential. It could help him even more if the Cavaliers started Kevin Porter Jr., but that’s another story in itself.

But with that in mind, it should help Cleveland and NBA fans pump the brakes a bit on Garland’s potential. No, Garland isn’t going to end up as D.J. Augustin at his peak. It also feels like he won’t be the next Steph Curry either. If he had to compare to any player, the Lillard comparison still feels apt for Garland. Again, it’s all based on potential with the Cleveland rookie but he has shown comfort shooting from deep and flashes that remind you of Lillard. Now, all Garland has to do is build upon it.

WWE Is Discussing A Blockbuster Return With A Major Star

Drake Ties The Cast Of Glee For The...

Gas Glut Blows Up A Political And Economic...

How The Federal Reserve Broke The Internet, And...

How To Watch Or Live Stream UFC 248