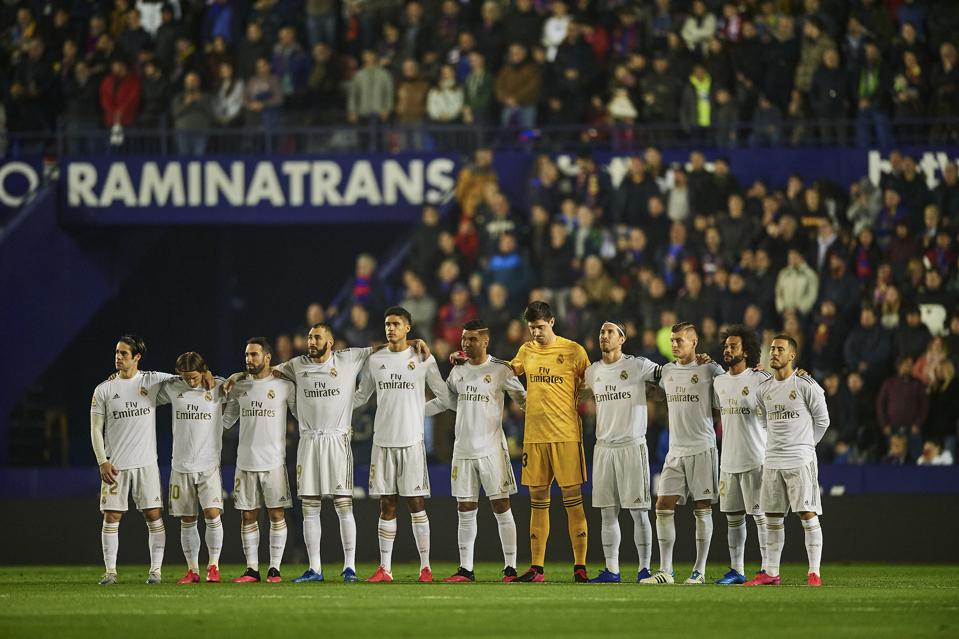 Two games over the course of the next few days could make or break Real Madrid’s 2019/20 season.

Just a few short weeks ago, Los Blancos were in the middle of another epic unbeaten run, and looking good in all three competitions that they were challenging for; Copa del Rey, La Liga and the Champions League.

But then the wheels began to fall off… almost at the same stage as they did last season.

Zinedine Zidane’s side were well beaten in the Copa del Rey at home by Real Sociedad.

The eventual 3-4 scoreline tells a different story, for the hosts only really had a shot of getting back in the game because of a short lapse of concentration from the Basques.

Cruising to a home victory over Celta Vigo in La Liga, Real inexplicably allowed the Galicians back into the match, and with just a few minutes left a well-taken goal by Santi Mina silenced the Santiago Bernabeu.

Although those results hinted at the weariness that Real’s old stagers were beginning to feel, Zidane remained bullish. Why wouldn’t he?

His team were still above Barcelona in the league, with the Catalans looking to have many more problems to contend with.

They were also playing a more cohesive brand of football than their counterparts, and yet everything changed this past weekend.

Lionel Messi hit four in Barca’s 5-0 rout of Eibar to send his side back to the top of the table. With Levante to play later in the day, Real Madrid surely expected to be back in their rightful place at the conclusion of that particular game.

However, they never really got going and aside from a devastating 1-0 defeat, Real also lost Eden Hazard for most of what’s left of the season.

Not only did that result mean that Barca remained atop the table for the weekend, but Real now need to beat their fiercest rivals – who have one of the best recent records at the Bernabeu – to leapfrog them again.

If Quique Setien’s side are able to craft another three points and extend their own mini unbeaten run, it would put them five points clear with 12 games left to play.

It’s certainly the closest title race in years, and Zidane and his players will be kicking themselves that they’re not in a potential league winning position already.

Before El Clasico of course is the return of the Champions League, and Manchester City will be out for revenge.

The Premier League champions were knocked out of the competition a few seasons ago when Gareth Bale scored the only goal of an insipid two-legged tie.

Given Hazard’s injury, the Welshman might well get the chance to repeat the feat again, but Real have to be on their guard against a side that will have the majority of the ball and who have players who can really hurt them.

Bernardo Silva, Raheem Sterling, Kevin de Bruyne and Sergio Aguero are just four names to scare the living daylights out of any side, and with Los Blancos starting to show lethargy after the hour mark in matches, they could be there for the taking.

ANA’s Boeing 787 Order Switches From Rolls-Royce To GE, Out Of Practicality More Than Vengeance

Love Your Customers By Building An Inclusive Website For Them

Getting Cash For Your Small Business Through The...