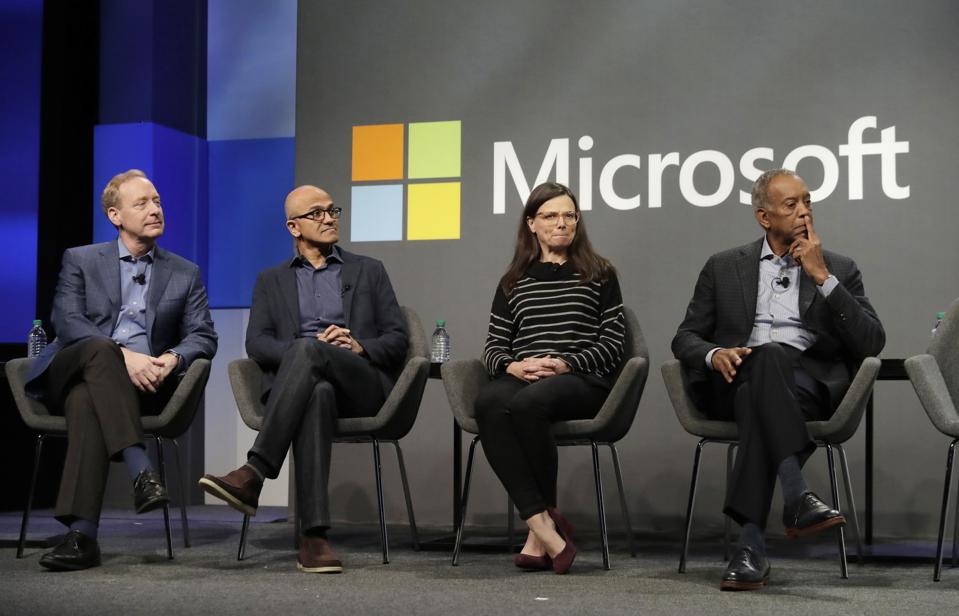 The competition among the two Seattle-based tech giants seems to be headed in an unexpected direction: climate leadership. On September 19, 2019, Amazon announced its Climate Pledge. Today, Microsoft outlined its climate initiative. We call it the Climate Moonshot, inspired by Microsoft President Brad Smith’s blog post, in which he noted: “This is a bold bet — a moonshot — for Microsoft. And it will need to become a moonshot for the world.”

Recall the key aspects of Amazon’s Pledge: 100% renewable energy by 2030, net-zero emissions by 2040, the induction of 100,000 electric vehicles into the delivery fleet, a $100 million investment in reforestation projects, and a website to track and report on these commitments.

Microsoft’s plan is more ambitious than Amazon’s. Microsoft will transition faster to renewable energy for buildings and data centers (by 2025 versus 2030 for Amazon) and to net-zero emissions (by 2030 versus 2040 for Amazon). Moreover, while Amazon committed to net-zero emissions for its operations only, Microsoft’s plan will cover its entire supply chain. Even more remarkably, unlike Amazon, Microsoft takes responsibility for its historical emissions, with the pledge to remove them from the atmosphere by 2050. In sum, Microsoft is ahead of Amazon in Round 1 of the climate marathon.

Why Did Microsoft Announce its Climate Moonshot Now?

Until recently, Microsoft was considered somewhat of a climate laggard among the high-tech giants. Previously its goal was 70% renewable energy for its data centers and buildings by 2023, while Google and Apple were already at 100%.

So what happened? A confluence of factors, we suspect. Climate change is in the news recently due to fires in Australia, the proposed rollbacks in the implementation of the National Environmental Policy Act, and the annual letter of BlackRock CEO Larry Fink, where he placed climate change as the top issue in capital allocation. Climate change also leads the agenda for the forthcoming World Economic Forum meeting in Davos. Hence, Microsoft’s announcement, by design or otherwise, has capitalized on the increased media salience of climate issues.

Further, Amazon was in the news last week because it cracked down on members of Amazon Employees for Climate Justice. Its ostensible reason was that they spoke to the press about Amazon’s climate policies without prior authorization. Microsoft faced similar employee activism during the September 2019 Climate Strike. Yet, instead of silencing its employees, Microsoft launched the Moonshot.

The most striking feature of Microsoft’s Climate Moonshot is acknowledging responsibility for its historical emissions and pledging to remove all the carbon emitted to date, either directly or through its supply chain. This makes scientific sense because the climate crisis is caused by accumulation of past emissions.

The 1992 United Nations Framework Convention on Climate Change recognized the issue of the historical responsibility of developed countries in contributing to emissions. It formulated the principle of common but differentiated responsibility whereby developed countries (Annex I) were mandated to reduce emissions but developing countries (non-Annex I) faced no such mandatory obligations. Microsoft’s Climate Moonshot is probably the first time a major company has recognized its historic responsibility for climate change.

One could argue that this is not a big deal for Microsoft because it is a relatively young company founded in 1975. Further, before its cloud business took off, its carbon footprint was probably marginal. Hence, removing historical emissions is a low-hanging fruit. In contrast, automobile, steel, and cement companies, which have been operating in a carbon-intensive manner for a long time, will probably bear significant costs to remove their historical emissions. Even Amazon, which started as an online book retailer in 1994 (probably with a sizeable supply chain carbon footprint) and launched the AWS platform in 2002 (which is highly energy-intensive), could have accumulated a sizeable carbon footprint.

Maybe Microsoft is just being clever. But it is establishing a new standard for corporate climate responsibility. While shareholders tend to focus on returns on investment today and tomorrow, Microsoft is asking them to take into account its past operations as well. This signals a crucial shift in the corporate mindset.

Scope 1: “direct emissions that your activities create — like the exhaust from the car you drive”,

Scope 2: “indirect emissions that come from the production of the electricity or heat you use”, and

Scope 3: “For a business, these emission sources can be extensive and must be accounted for across its entire supply chain, the materials in its buildings, the business travel of its employees, and the full life cycle of its products, including the electricity customers may consume when using the product”.

As per Microsoft’s estimates, Scope 1 emissions are a minuscule percentage of its total 2019 emissions of 14 million metric tons. Scope 2 emissions account for about 25% and Scope 3 for the remaining 75%. Thus, Microsoft is recognizing that the real emission challenge pertains to the supply chain (Scope 3).

How will Microsoft pay for emission reductions? This is where a carbon tax comes in. While the State of Washington voted down a carbon tax in 2016 and 2018, Microsoft “voted” it in as early as 2012. Microsoft imposes an internal carbon fee on emissions from Scope 1 and Scope 2 activities. Now it plans to extend this to Scope 3 as well. These proceeds will be invested in emission-reduction and carbon capture activities, including R&D, so that Microsoft becomes carbon negative by 2030.

Yet, No Company Wants to Walk Away From the Fossil Fuel Industry

Both Amazon and Microsoft sell their cloud services (such as artificial intelligence) to the oil and natural gas industry, thereby helping them explore and extract fossil fuels more efficiently. Herein lies the contradiction. One cannot be a climate champion and yet support oil and gas exploration.

We are not making the case for abruptly shuttering these industries, which employ millions of individuals across the globe. The world still substantially depends on fossil fuels and will continue to do so in decades to come. But climate leaders should work towards the soft landing of the fossil fuel sector so that energy transition does not disrupt the economy and the society. Appalachia’s economic and social collapse should not be replicated at the global level.

The first step towards a soft landing is to stop developing new fossil fuel resources. Every new oil or gas well increases fossil fuel supply that keeps their prices down. It creates stranded assets, thereby delaying energy transition and making it more complex.

Microsoft has challenged the high tech industry to become climate leaders. It has committed to ambitious targets, particularly in the realm of greening the supply chain. It has acknowledged its historical emissions, and it has pledged to remove them from the atmosphere. However, it continues to assist fossil fuel firms in expanding the supply of fossil fuels, which raises doubts about its commitment to prioritizing climate over short-term profits.