Home Technology The Critics Must Be Crazy: Henry Cavill’s Geralt Is The Best Witcher
Technology

The Critics Must Be Crazy: Henry Cavill’s Geralt Is The Best Witcher

As great as CDPR’s version of Geralt of Rivia is, Henry Cavill is better in Netflix’s adaptation of … [+] ‘The Witcher.’ And once again, the critics are all wrong.

I feel like I’m committing some act of heresy when I say this, but I think Henry Cavill’s live-action version of Geralt of Rivia on Netflix’s adaptation of The Witcher is my favorite version. I love the video game Geralt—he’s one of the best characters in video games as far as I’m concerned. It’s just that Cavill’s version is better.

I wasn’t expecting this, but there you have it. I think there’s no denying that Cavill takes many cues from voice-actor Doug Cockle who plays Geralt in the English versions of the games from CD Projekt RED.

Cockle’s performance is great. His gravelly deadpan works so well for Geralt in these games that when I heard Cockle voice a different character in a different game, it threw me off so much I had to stop playing.

But there are simply limitations to what you can do with a video game character versus what you can do with a real human actor, and those become readily apparent when you see Cavill’s take. His performance in The Witcher is, I believe, the best of Cavill’s career. He inhabits the role in every respect, from his ridiculous physique to his husk of a voice.

The difference is that Cavill’s Witcher is funnier and more vulnerable. He may be the strong silent type most of the time, but he cracks his fair share of jokes and offers up enough wry smiles to qualify as charming. From start to finish, he’s perfect in the role. (So is Anya Chalotra as Yennefer and Freya Allen as Ciri, but neither of these roles are as distinct as Geralt’s, if only because neither character was even in The Witcher 2).

Side-note: I’m not fully onboard with Triss in the show, but that’s probably because I have a very set-in-stone picture of what I’d like her to be based off the games, and Anna Shaffer, however talented an actress, just doesn’t seem like Triss Merigold to me. No that has nothing to do with skin color—though hair color is another story. Yes, I am shallow enough to want her to be a redhead, I suppose, if only because game Triss is so distinctly that, but she could be any skin color and have red hair. 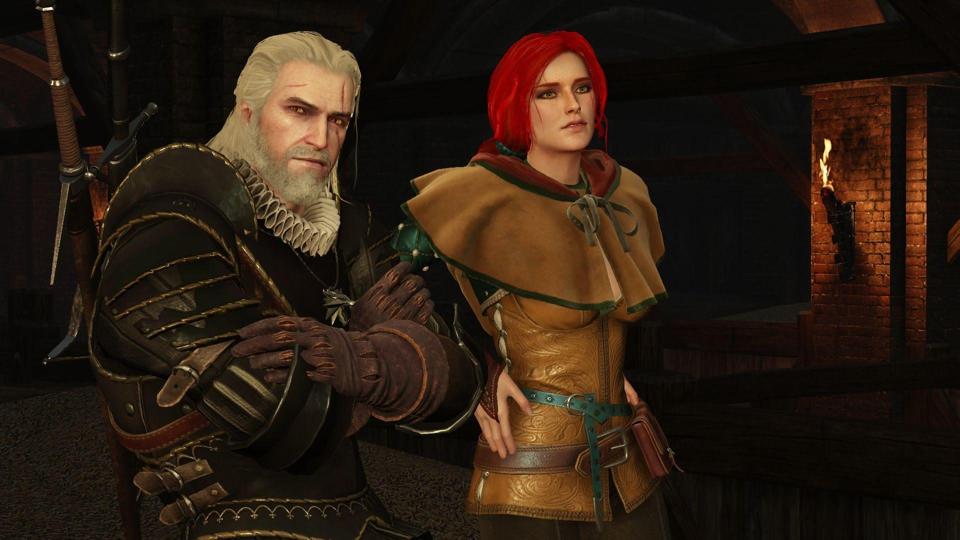 In any case, it surprises me that not everyone is onboard with Cavill at this point. Take, for instance, this BBC review of the show from Stephen Kelly.

That’s an odd critique, especially since Kelly acknowledges that Geralt is the “strong silent type” writing:

“On the page, this translates to a strong silent type with a deadpan sense of humour and a surprisingly rich interior life; a man who is sensitive, vulnerable and conflicted. On screen, however, Cavill struggles to summon any of that depth to the fore; instead coming across as blank and monotonous.”

Seriously? I’m not sure we even watched the same TV show. Yes, Cavill is monotonous at times. But he’s full of wit and he gives a very emotional performance—albeit emotional in a much more subtle way than non-mutants would be. That’s not an easy thing to pull off, but Cavill does it with style.

Er, yes. That’s true. Geralt’s voice seldom rises above a low growl—which is entirely the point. Would these critics prefer if Cavill’s Geralt acted completely out of character? Perhaps if he shouted a bunch, wept openly, made ribald jokes and burst out with loud guffaws while rubbing elbows with the townsfolk the critical reaction would be different.

Some of the criticism is aimed not at Cavill exactly but at his wig.

“I can’t bear any longer the sight of actors strolling around in aesthetically displeasing stringy wigs,” opines Lucy Mangan in The Guardian, “which are surely the height of impracticability for any warrior, supernatural or otherwise, and make everyone look like a sub-Fabio who managed a term at Lamda before dropping out in unspecified disgrace.”

The headline for that piece? “The Witcher review – swords, sorcerers and supernatural incels”. Incels being an online buzzword some people have latched onto lately—a term that describes young men who would like to have sex but can’t because they’re too socially awkward. I’m not sure how this applies to Geralt, a notorious womanizer, but there you have it. Better to bait those clicks than give a fair shake.

Back to the BBC’s review, which also takes a dig at the wig:

“Cavill wears yellow contacts and, very obviously, some sort of white Legolas-style wig; he has also been saddled with the unfortunate task of doing a hysterically unnatural deep, guttural voice, which sounds like an impersonation of LEGO Batman.”

Sorry folks, but the wig looks really good and just because it’s long and white does not make it look like Legolas. Here’s Cavill’s Geralt: 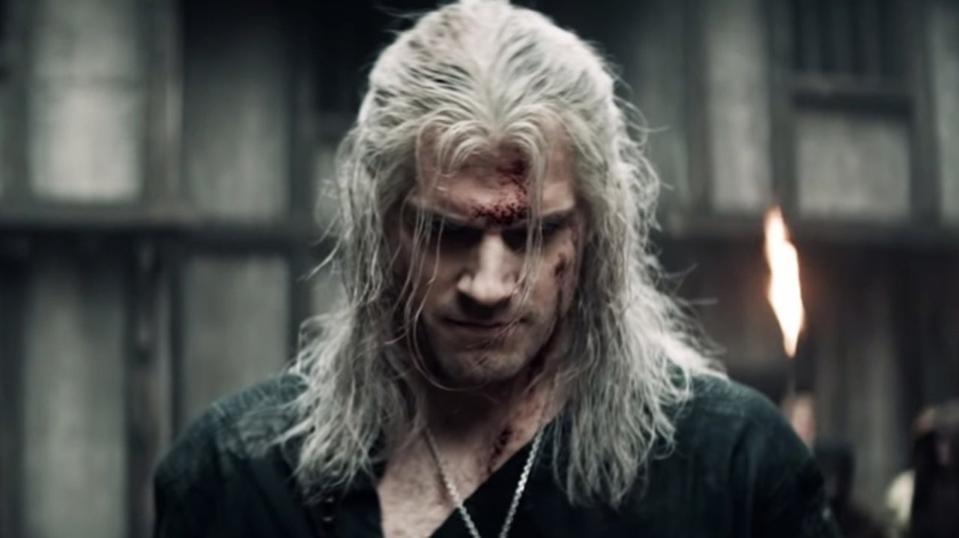 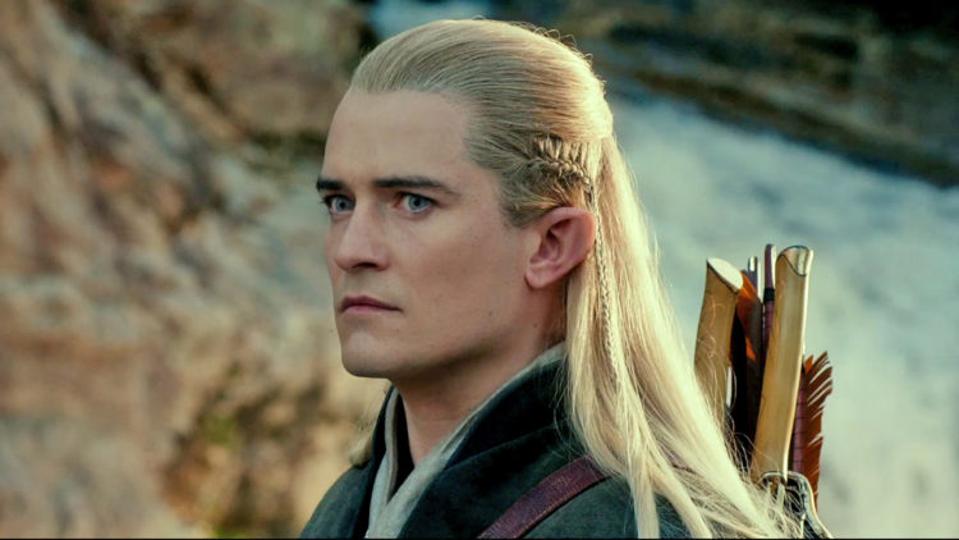 One more of Geralt: 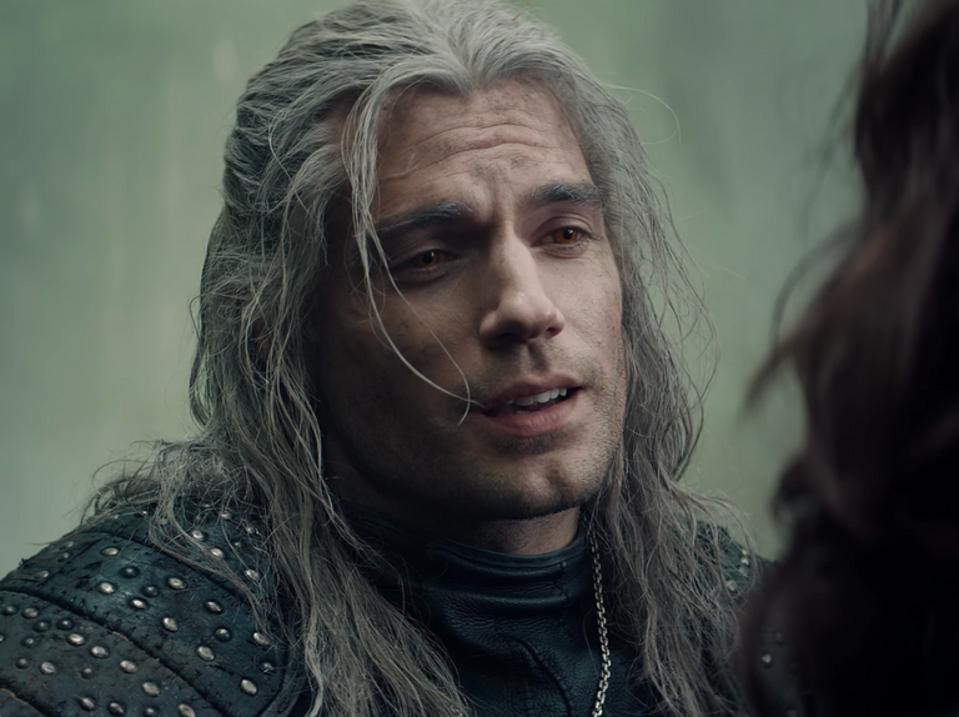 Sure, there are some similarities, but only vaguely. Did they expect Geralt to abandon the gravelly voice and just have short brown hair? Or was Cavill supposed to grow his hair long for the role? I’m not sure, but I suspect this is just another way for critics to pan a show they want to dislike. Personally, I think the wig looks great.

I think everything about Cavill’s Geralt is great.

Hell, even author Andrzej Sapkowski who created the character in the first place loves Cavill’s performance.

“I was more than happy with Henry Cavill’s appearance as The Witcher,” Sapkowski told People. “He’s a real professional. Just as Viggo Mortensen gave his face to Aragorn [in The Lord of the Rings], so Henry gave his to Geralt — and it shall be forever so.”

You almost expect to him to say “I have spoken,” at the end of this statement, Kuiil style. Sapkowski is an odd duck and I would not put that kind of finisher past him.

Which Witcher Is Which?

This post began its life as a straight-up Witcher vs Witcher discussion of how I preferred Cavill’s Geralt to the video game version, but as I perused other critics’ takes on Cavill’s performance it morphed into yet another Critics Must Be Crazy piece. There just seems to be such a disconnect between critics and fans on this one, especially since it turns out that The Witcher was the highest-rated Netflix Original on IMDB for a brief moment and is now tied for second place with an 8.7 user review score.

So here we are, once again. If anything annoys me more than these silly critiques of Cavill’s outstanding performance it’s the constant comparisons to Game of Thrones. How many times must I hear that it’s a Game of Thrones knock-off from people who ought to know better? Sigh.

As a side-note, I just want to give Cavill the highest props for his entire attitude toward fans and gaming and everything else. He not only missed the callback for Man Of Steel because he was in a World of Warcraft raid, he also recently said that PC is the best gaming platform when asked the PS4 vs Xbox One question.

Beyond that, he’s defended fans’ right to have strong opinions without being dubbed “toxic” which is a really neat thing for him to say. When asked if there was a comparison between the hostile inhabitants of The Witcher’s world and “toxic” fans, he replied:

“I understand what you’re saying, but when it comes to fans, it’s a fan’s right to have whatever opinion they want to have. And people are going to be upset because, especially when we’re talking about books or games, because you’re never going to be the exact person who they had in their head or who they played on Witcher 3 for example. I don’t necessarily consider that toxic, I just consider that passion.”

You can read my original Critics Must Be Crazy The Witcher post here. Here’s my review of the first five episodes which I received as screeners. I’ll have a full, spoiler-filled review of the entire season up soon.