Home Technology The Future Of Clinical Trials? Here Is A Simulation Model Of The Heart
Technology

The Future Of Clinical Trials? Here Is A Simulation Model Of The Heart 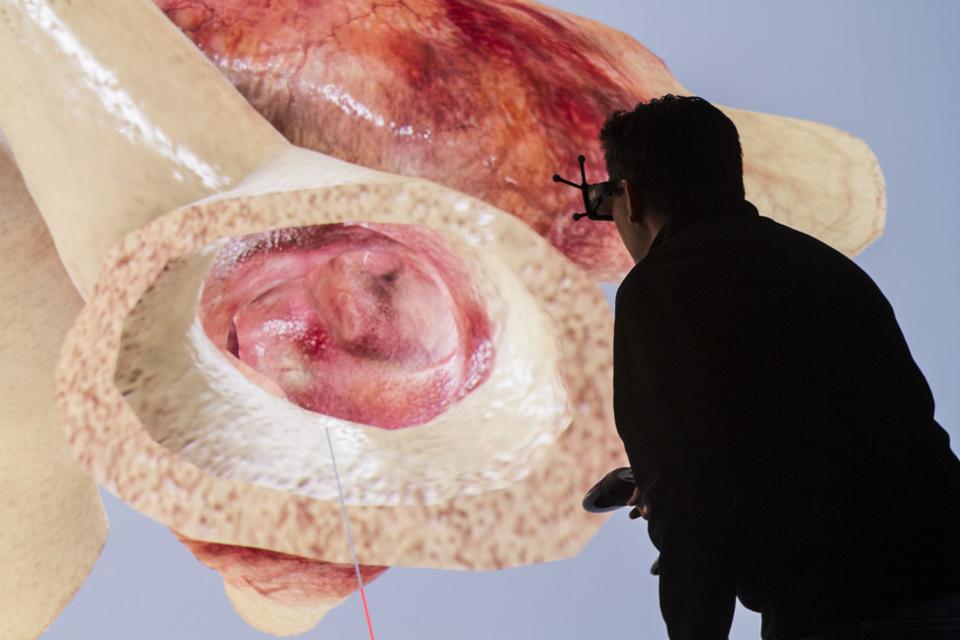 Courtesy of Dassault Systèmes and the Living Heart Project

Clinical trials can be very expensive, time consuming, and difficult to recruit for and run. They also can be far from perfect, yielding results that don’t really match what happens in the “real world.” In some case, they can put patients at significant risk. Otherwise, no problem, right?

For years, medicine and health care have relied on the randomized clinical trial as the “gold standard” to evaluating an intervention, a drug, a medical device, or some other product. But in actuality this standard has often been more gold-plated than true gold for the reasons mentioned above. Therefore, there’s been a need for new approaches to help fill the current gaps left by clinical trials. And something called The Living Heart Project has really gotten to the heart of this issue.

This project began in 2014 when Dassault Systèmes signed a five-year agreement with the U.S. Food and Drug Administration (FDA). Bernard Charlès, the CEO of Daussault Systèmes, explained to me how the company viewed this an opportunity to apply to biology and medicine the company’s extensive experience in systems engineering and developing simulation models for other industries such as transportation and manufacturing. He added, “Unlike what’s happened in other industries, the level of adoption of modeling and simulation in medicine has historically been extremely low.” 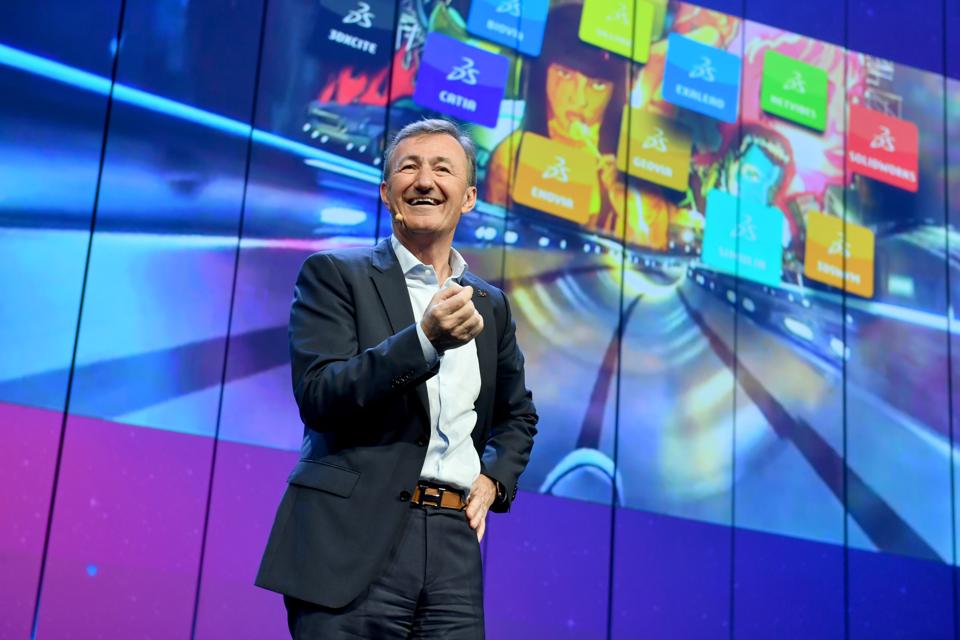 Charlès ain’t kidding. I remember the puzzled reactions that I would get early on in my modeling career (mathematical and computational modeling and not fashion modeling as anyone who has seen me dress will know) when I would tell others in the medical profession about the research that I did. One medical professor called it “the voodoo that you do with the numbers, computers, and stuff.” This was not too surprising since simulation modeling was not part of standard medical training.

Nevertheless, the potential has always been there. After all, simulation modeling has transformed other fields and professions such as meteorology, manufacturing, and aerospace engineering. For example, nowadays, no space vehicle reaches the launching pad without millions of hours of computer simulations having already been run to investigate every plausible possibility and help adjust the technology and the plans accordingly. It’s not as if a launch is a “let’s-see-what-will-happen-and-hopefully-the-rocket-will-go-upwards” trial. Why can’t medicine benefit from similar types of technology and approaches?

The ultimate goal of The Living Heart Project has been to construct an extensive computer simulation model of the human heart that can then be used to test different types of devices and medications and train people how to do different procedures. Basically a virtual heart to run virtual experiments. Here’s a video from 2014 near the start of the project to show what may be possible:

As you can see, the thought is that a computer simulation can show the potential results of different treatment options. Sounds easy to build? Well, as anyone who has gone through a painful break up will tell you, the heart is complex.

That’s because groove is not the only thing that is in your heart. Your heart consists of many different types of cells and tissue that come together to serve a wide variety of integrated functions. The effects of a medical device such as an artificial valve or a medication could as a result have a range of complex effects. Therefore, if you want to create a simulation model that can really capture these different effects, you should incorporate the many relevant details that exist at different scales.

By scale I don’t mean bathroom scales or the stuff on lizards but instead mean the different levels of size that exist, as I described previously for Forbes, all the way from the sub-cellular scale to the muscle fiber scale to the heart chambers and heart valve scale. After all, what happens to an ion channel in a cell, for example, could end up affecting how the heart pumps and vice versa.

Here in a 2014 talk, Levine described plans for the project as well as the inspiration for the video above:

Yes, the inspiration for “Emily’s Story” is Jesse Levine, Steve Levine’s daughter, who was born with a heart condition and is now an adult on the path to becoming a physician-scientist.

All told the Living Heart Project has now involved more than 80 partners in research and industry including leading specialists from various medical institutions. Currently, The Living Heart Project has 130 organizations in 24 countries as registered members. As Levine emphasized, it hasn’t been just individuals working on separate parts of the heart but people working together.

Tina Morrison, PhD, Deputy Director of the Division of Applied Mechanics at the FDA has been involved with The Living Heart Project and explained how, “the concept was intriguing to the FDA. The FDA was really interested in how to support modeling and simulation.”

She added, “If you had data from a computational study, why couldn’t you augment clinical data with that. This would be a way of minimizing the burden on clinical trials to test different interventions and products.”

Morrison did add that one stipulation was that “everything has to be put in the public domain. There couldn’t be a situation where someone had to purchase special software to access the simulation model.” In other words, the heart had to be open.

With the FDA on board, the next question was how different members of the medical community would accept a simulation model of the heart. After all, the medical community as a whole hasn’t exactly wholeheartedly accepted computer technology in the past. For example, 15 years ago when I approached some leading cardiologists about developing a computer model to determine where best to place cardiac catheterization labs, a cardiologist responded, “we cardiologists make the decisions. No computer is going to tell us what to do.”

Times did change in decade following my query. Nonetheless, as Charles admitted, Daussault Systèmes still had doubts about acceptance when they first approached medical experts about the project in 2014. Would these experts heartily welcome such as idea or would they “bypass” it.

“The reveal came when we met with open-minded surgeons,” recalled Charles. “They showed us the reality of their daily lives and the complex planning process involved before going to the operating room. It gave use hope that they were open to new ways to do things.” Indeed, as Levine described, an ecosystem of cardio-thoracic surgeons, cardiologists, and other medical experts and researchers soon formed and began working together, putting their hearts into the project. 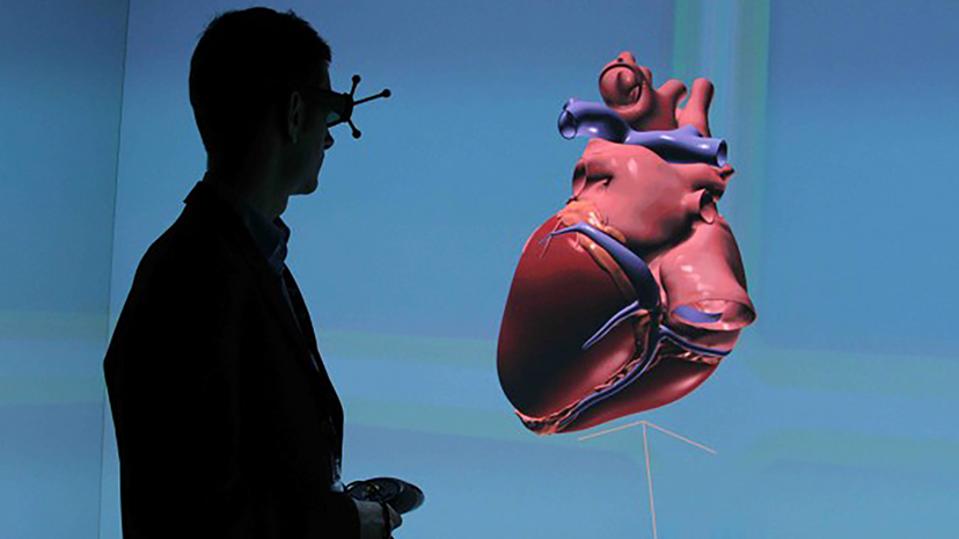 Here is another view of someone working with the simulation model. (Photo Courtesy of Dassault … [+] Systèmes)

Things have certainly progressed since then. In 2015, the project released the first ever commercial complete 3D human heart simulator to the public. The next year, the model simulated blood flow in the beating heart. In 2017, the project made The Living Heart available on the cloud, and the following year, the model was utilized to determine the safety of medications that may cause abnormal heart rhythms. There is now a model which allows you peel away and move different layers and parts of the heart as well as make various changes such as inserting devices. Levine explained that it is “no longer just a cool technology but is now a commercial grade solution which medical device companies and hospitals can now use to test different things.”

Simulation modeling can cover many gaps that real-world clinical trials may have. For example, a clinical trial may occur at one place or group of places during a specific period of time and under a particular set of circumstances. A simulation model could explore what may happen if the circumstances and conditions were to change. It could attempt the experiments that could be difficult or even unfeasible to conduct in real life.

The list of potential applications for a simulation model of the heart is long. Such a model can help further our collective knowledge about the heart and help train doctors and scientists. As the previous video showed, it can eventually help with planning treatments and procedures. It can bring people of different fields together, as it already has. In the future, the results of simulation experiments could be big parts of submissions to the FDA as part of the approval and regulatory process for medical devices, medications, and other medical products. 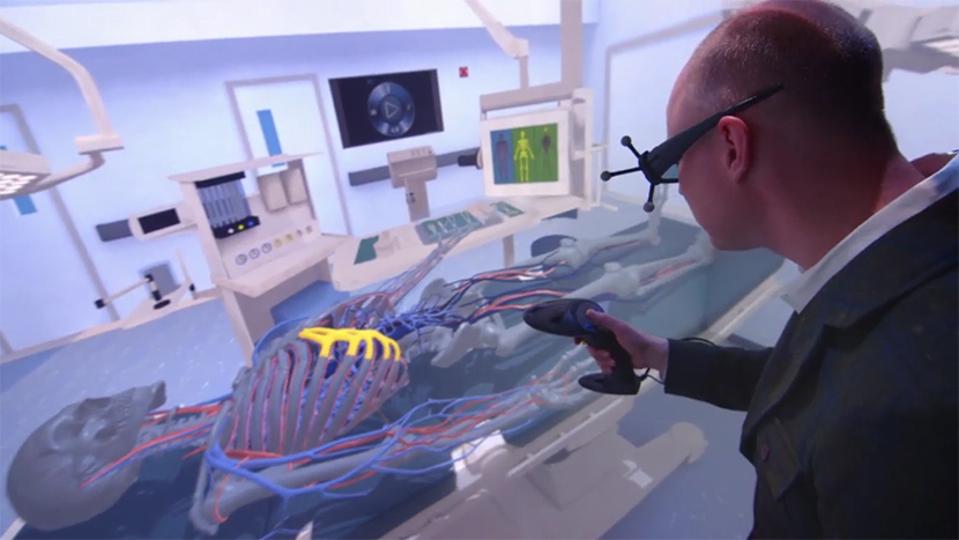 Simulation modeling can provide a virtual laboratory or virtual procedure room as the one pictured. … [+] (Photo Courtesy of Dassault Systèmes)

Morrison emphasized that “the regulatory processes are not a barrier. There are lots of opportunities for simulation modeling to make a greater impact. It just needs to be promoted and talked about more.”

She mentioned that “the FDA is actually ahead of many regulatory bodies in other industries in considering modeling for regulatory decision making. They don’t have have the openness and engagement that the FDA has.” In fact, in 2018, Morrison gave a FDA webcast on how simulation can transform regulatory pathways.

For example, as Morrison related, there have already been many discussions about “utilizing new software tools to manage regulatory submissions for different medical products.”

Two decades ago, medicine may not have been quite as ready for simulation models. But a lot has changed since. Back then, Justin Timberlake was still a member of *NSYNC, data was a lot less available, scientific knowledge of the heart was more limited, and computer technology wasn’t what it is now. As Charlès stated, “the timing is right. Things are looking very positive. We’ve only scratched the surface of what can be done.” It is safe to say that The Living Heart Project will go on, given the results, the reception to date, and the potential to enhance research, patient care, and medical product development. Now that’s certainly a model for the future.

Trade War Update: U.S. Companies Not Coming Home, But Many Are Leaving China

Sounds Of The ‘60s: How Oscar Nominee Wylie Stateman Turned Back The Clock For Sound Editing On ‘Once Upon A Time In Hollywood’

Binary Stars Appear To Harbor Just As Many...