The ‘Grand Bargain’ Approach To Social Security Is Dead—Good Riddance 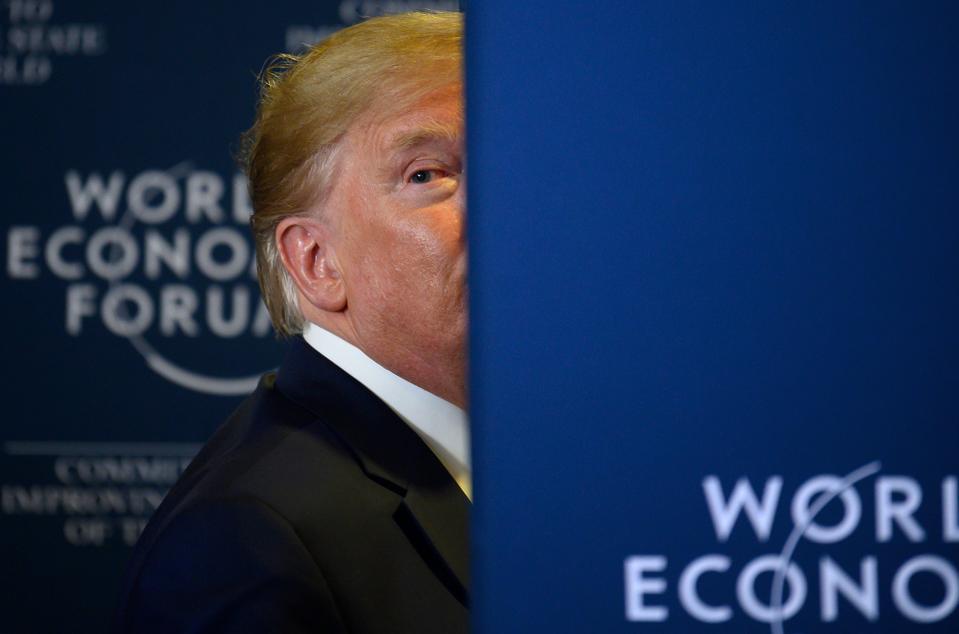 As President Trump mingled with political and economic elites this week in Davos, Switzerland, he was asked whether cuts to Social Security would ever be on his agenda. “At some point they will be,” he said—an answer that I am sure has Republican strategists cringing. Cutting Social Security and Medicare is highly unpopular, and it runs against his campaign promises.

Of course, when politicians talk about reducing Social Security benefits, they generally don’t use the word “cut.” Phrases like “looking into entitlements” have come to mean cutting benefits, as Max Sawicky’s excellent political history demonstrates. The term “modernizing” is also often code for cuts. On the other hand, “expanding and strengthening” means raising revenue for Social Security. If Trump had meant the latter, he would have said it. He meant cuts.

Given his ongoing impeachment trial, it is difficult to see how Trump could have had a worse week. But he might have achieved that by hinting he might cut Social Security and Medicare in his second term.

It’s not just Trump who has faced questions on Social Security recently. Bernie Sanders and Joe Biden have been fighting over whether Biden wanted to cut benefits in the past. Well, everyone said a lot of things in the past. The fact is, no matter what Biden, Sanders or Warren said before, the top Democratic contenders (including Pete Buttigieg) are basically saying the same thing now: Social Security needs more revenue and more benefits.

There was not always such a sharp divide between the parties, however. In D.C., there is a firmly entrenched “Grand Bargain” culture, which started in 1983 with the Greenspan Commission and is only now seeming to fade away. This bipartisan effort is credited with saving Social Security by cutting benefits and raising revenues. Nancy Altman, president of Social Security Works and my go-to trusted expert on Social Security, was even part of that culture—she served as Greenspan’s assistant as he was developing the Social Security amendments. Altman is now leading the charge to protect Social Security and to expand it.

The 1983 benefits cuts, which raised the retirement age from 65 to 67, turned out to be disastrous. In 1983 we didn’t anticipate Social Security losing so much money to health insurance premiums and income inequality. We should have just indexed revenue to keep up with unequal longevity gains, unequal income gains and unequal distribution of health care coverage. But that’s hindsight.

The truth is that anybody who struggled with reforming Social Security—and Bernie Sanders wasn’t involved in Social Security much then—was part of the dusty and now completely flaccid Greenspan culture of negotiation. Even the Economic Policy Institute and Dean Baker, who got off the Grand Bargain bandwagon sooner rather than later, in 2000 proposed a bargain to raise revenues in exchange for cutting cost of living increases used to adjust benefits for inflation.

I was personally involved in a high pressure negotiations when serving on the Commission on Retirement Security and Personal Savings of the Bipartisan Policy Center in 2016. I resisted supporting a Grand Bargain position on Social Security until the very end, when I signed the Commission report and immediately clarified why in a dissent with Alan Reuther, former legislative director for the United Auto Workers.

We signed because we wanted more revenue, but we opposed the proposals to increase the retirement age to 69, to reduce benefits to middle-income and married claimants, and to change the inflation index to a chained CPI, which would reduce benefits. Instead of cutting benefits, we wanted to expand Social Security revenue by raising the taxable maximum for the payroll tax, taxing health care insurance premiums for FICA and bringing in general revenues.

I especially wanted the report to explain Guaranteed Retirement Accounts—a crucial part of any Gray New Deal that expands Social Security and adds a supplementary pension plan for all Americans.

Why pay more into Social Security rather than cutting benefits? Paying taxes into those programs is cheaper because the programs are efficient and effective compared to the for-profit alternatives—think prices for pharmaceutical, for-profit hospitals, retail money managers and unregulated advisors. And according to Gallup polling since 2005, Americans reliably favor of raising FICA taxes rather than curbing benefits in order to keep Social Security fully funded. In 2015, 51% wanted to raise taxes, while only 37% preferred benefit cuts.

One person on the Bipartisan Policy Center commission stood out from the Grand Bargain culture and didn’t sign: Kilolo Kijakazi, a Social Security expert at the Urban Institute. She got the wrath of the excellent staff of the Bipartisan Policy Commission and she was told she would ruin the unanimity of these Democrats and Republicans coming together in earnest effort to reform entitlements. That’s the supposed bipartisan consensus in action.

But as we’ve seen, times have changed. Today, a good way to judge political leaders on Social Security is to see if they support Rep. John Larson’s bill on Social Security, which would expand benefits and gradually raise payroll taxes. I feel the Larson Bill is a responsible approach to Social Security. The U.S. faces a retirement crisis—a modest boost in Social Security benefits strengthens the universal and reliable base of the nation’s retirement income security system.

What To Do Instead Of Preparing For A Market Downturn