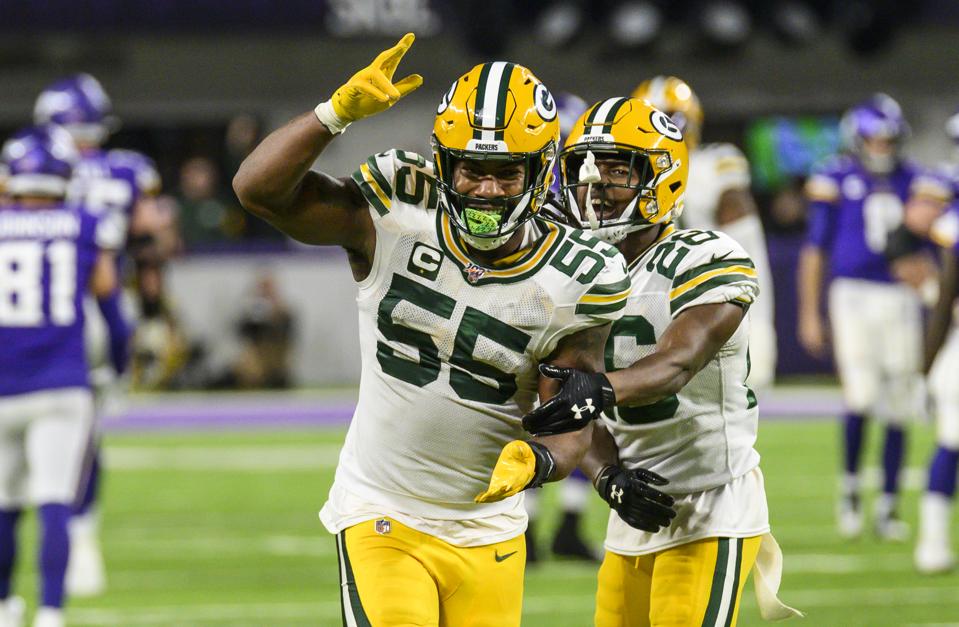 Kenny Clark hears it when he turns on his television.

Clark sees it when he looks at his phone. And it’s on the radio as he drives to and from Lambeau Field.

Doubters. They seem to be everywhere when it comes to the 2019 Green Bay Packers.

And as Clark — the Packers’ massive nose tackle — hears the noise, he simply chuckles.

“I just hope people keep sleeping on us and keep saying we suck or we’re not as good as we are,” Clark told Conly Media this week. “I would love opposite coaches or opposite players to think like the national guys do. We’ll just keep staying under the radar and winning games. That’s all we try to do.”

So far, the Packers have done that extremely well this season.

Green Bay is 13-3 overall and has a playoff bye this weekend after earning the No. 2 seed in the NFC. The Packers went 6-0 in the NFC North, won the division by three games over runner-up Minnesota, and have won five straight games overall.

Still, the national narrative surrounding the Packers is that they’re the weakest of the teams on a bye this weekend. The majority of Green Bay’s wins have been by slim margins, and many predict the Packers will be “one and done” this postseason.

Several of the Packers have heard this type of chatter. And like Clark, they’ve either tuned it out, or chosen to use it as motivation for next week’s divisional playoffs.

“I think it’s crazy,” Packers outside linebacker Kyler Fackrell said. “I don’t really understand that. I mean, shoot, obviously that doesn’t affect how we see ourselves. But I think it puts a little bit of a chip on our shoulders, that people don’t respect us. So yeah, it’s really just up to us to make sure we’re prepared and go out and show what we’re really about.”

“13-3 is the record,” Jones said. “Don’t matter how you get there. You pick up the stat sheet and the win column is 13 and the loss column is 3, up there with the best records in the NFL. I don’t care how we got to it, we did it. Whether or not people respect it, that’s up to them.”

There are a handful of reasons many are discounting these Packers. They include:

• The Packers’ finished the regular season with a point differential of +63. Of the 12 playoff teams, only Buffalo (+55), Philadelphia (+31) and Houston (-7) were worse in this category. And Baltimore (+249), San Francisco (+169) and Kansas City (+143) — the other teams with first round byes — were all substantially better that Green Bay in point differential.

• Quarterback Aaron Rodgers’ passer rating (95.4) was his third-lowest since becoming a starter in 2008. His completion percentage (62.0%) and yards per attempt (7.0) were also his second-lowest in that time, as well.

Based on those statistics, many sceptics have drawn the conclusion that Green Bay’s postseason stay will be a short one.

“Just like anyone, you see it and you hear it and you understand it,” linebacker Blake Martinez said about the doubters. “But for the most part, just like anything else, it’s in one ear and out the other. You’re back to work and doing what we do every single day: put the pads on, watch film, get to practice and do what you have to do to get ready for the next game.

“At the end of the day, we’ve gone out there all year and got the job done. And if we go out there now and get the job done three times in a row, people aren’t going to say anything about the ugly wins because we’re winning the Super Bowl.”

“Man, 13-3 is not really overhyped,” Amos said. “You’ve got to win 13 games. It’s not like the BCS where you get ranked high or low based on how they feel about you. We’ve got a bye because we won 13 games.”

What the Packers have done extremely well is thrived in close games and won the turnover battle most weeks.

Green Bay is 8-1 in games decided by eight points, or less. The Packers’ average margin of victory in their 13 wins is just 8.77 points per game, proving they know how to win close games.

Green Bay also finished third in the league in turnover differential at +12. The Packers had the second-fewest giveaways in the league (13) and tied for the third-most interceptions (17).

That combination of turnover differential and making big plays down the stretch were both integral in Green Bay winning 13 games.

“We’ve found ways to win the entire year,” fullback Danny Vitale said. “That’s not by coincidence. You don’t just get lucky and win a bunch of them.

“We’ve been fighting ‘til the end and have had four quarter battles, really this entire season. And that’s what I think it’s going to take moving forward. If people want to dismiss that and overlook us, that’s up to them.”

Clark — like many of his teammates — is excited for the chance to quiet the critics. That opportunity comes Jan. 12, when Green Bay will host either New Orleans, Philadelphia or Seattle depending on the results of this weekend’s wildcard games.

“I feel like we’ve been overlooked the whole season,” Clark said. “I mean everybody says we haven’t been battle tested. But we played Chicago the first game of the season, they were the division champs last year, really good team, great defense. We went there to a hostile environment and beat them.

“We beat Minnesota twice, great team. We swept the division. I think a lot of the time we do get overlooked and everybody doesn’t understand how battle tested we. But I think the record speaks for itself and not many people have this kind of record. Now, we’ll just try and keep building on it and keep winning games.”

Are The Himalayas The Future Of Wine? Ao...

How To Rethink Social Impact During COVID-19 With...

Thanks To Coronavirus, A U.S. Bear Market Is...