Home Business The Highest-Paid Oscar Nominees 2020: The Year Of The Women
Business

The Highest-Paid Oscar Nominees 2020: The Year Of The Women 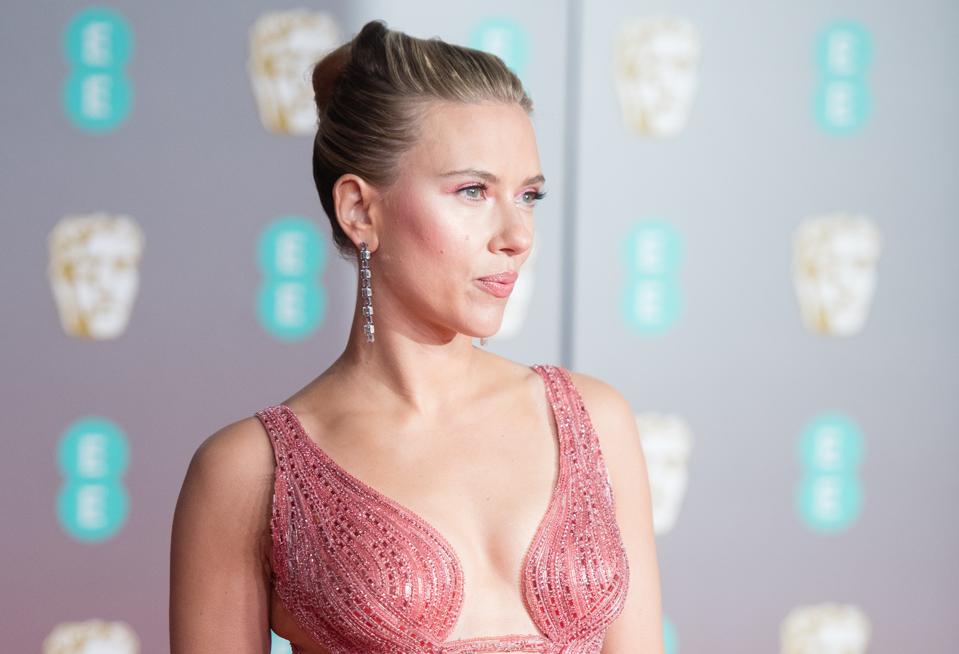 At this Sunday’s Academy Awards ceremony, 19 actors will be recognized for their on-screen talent, with only 4 taking home trophies. Many of these actors—Brad Pitt, Laura Dern, Al Pacino—are household names, renowned for their skill and in a class of celebrity all their own. But only three of those nominated—Scarlett Johansson, Margot Robbie and Charlize Theron—made the Forbes’ list of highest-paid actors or actresses this year, and none of them made the cut for the films for which they’re nominated.

It’s a striking look at the disconnect between money and prestige in Hollywood and shines light on a choice that Hollywood’s stars continually make: Would you rather have a gold statuette on your shelf or, well, gold in the bank?

It all comes down to the kind of movies that the Academy likes to highlight and the kind of movies that can afford to pay their stars big money thanks to almost guaranteed box office hauls. Superhero, science fiction and action tentpoles with budgets north of $300 million have plenty to spend on top-notch talent. The more high-brow, critically recognized films that make for Oscar nominations don’t.

This year’s highest-budget Oscar favorite is Netflix’s The Irishman, which cost about $160 million thanks to its star-studded cast and crew—actors Bobby Canavale and Al Pacino both have nominations, as does Martin Scorsese—the epic nature of its story, and the need for lots of anti-aging technology.

But even a budget that high doesn’t translate to the sky-high salaries—especially considering that as a Netflix film, Irishman stars won’t earn performance-based backend.

Scarlett Johansson is nominated for two Oscars and was also one of the world’s highest-paid actress with earnings of $56 million last year. She receives about $15 million upfront for each of the Marvel movies she stars in as Black Widow plus a piece of the profits, which for Avengers: Endgame, which did $2.7 billion in worldwide box office gross, meant an extra $35 million to Johansson. That’s more than 15 times her going rate for prestige projects like Jojo Rabbit and Marriage Story, the two films for which she’s nominated.

It’s a similar deal for Robbie. whose big payday came from her role as star and producer of Birds of Prey, in which she reprises her role as Harley Quinn. Nearly half of her $23.5 million earnings last year came from the film, and that’s not including the backend she’s expected to receive once it hits theaters this weekend.

Charlize Theron, who pocketed $23 million last year, is the rare movie star who can make the list without a major blockbuster. Her biggest check last year came from Long Shot, which she starred in and produced, earning a check of about $9 million.

“I am in full support of women taking ownership of their voices, their dignity and their worth and speaking up,” Theron told Forbes about becoming a producer—which leads to both more control and more money.

It’s all part of the A-list business strategy. Many actors switch off between prestige projects that lead to awards and those that pay out, meaning they get the best of both worlds. Brad Pitt, a fixture of the Forbes highest-paid actors list earned a $10 million salary for Once Upon a Time in Hollywood, half of what he gets upfront for blockbusters like World War Z. For Hollywood’s bankable stars, it’s a world of haves and haves not-so-much: Joaquin Pheonix made $4.5 million upfront for Joker; Renee Zellweger also gets paid an eight-figure guarantee for more popular roles like Bridget Jones.

For newer names, an Oscar nod often leads to more lucrative roles. Brie Larson, for example, scored the part of Captain Marvel—and its $5 million paycheck—after winning an Oscar in 2016 for starring in Room. It’s a good lesson that Oscar greats can learn from: For times when a trophy isn’t paying your bills, put on a cape and find a super villain to slay.

Is It Possible To Start A Business With...

Smiles Aren’t Enough: The Power Of Standards And...

Lent In Russia And Ukraine: Piety And Political...

Why The Tokyo Olympic Organizers Have Not Cancelled...