The Lukaku Conundrum: Is The Inter Milan Striker Good Or Great? 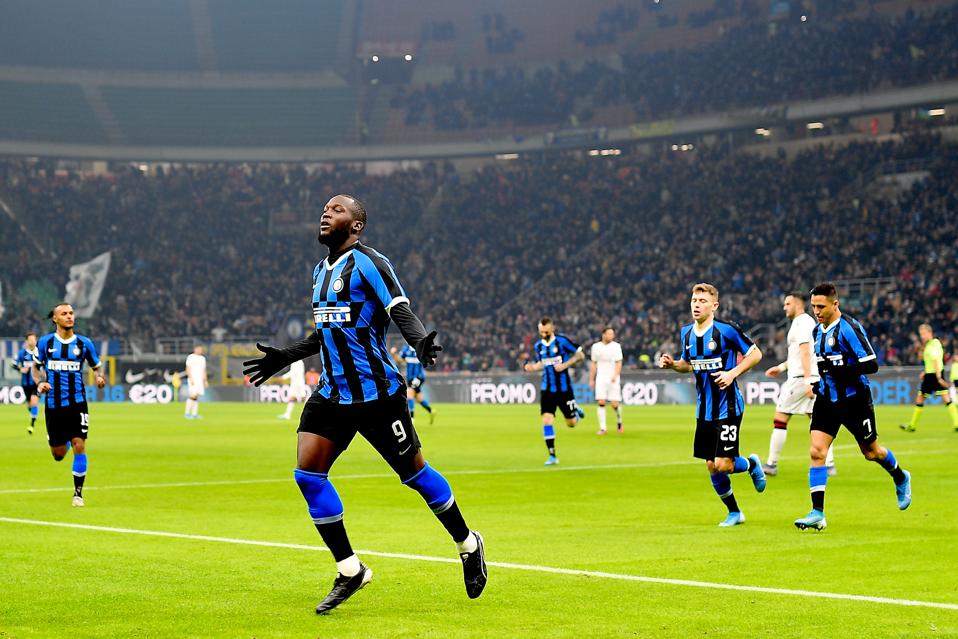 In an interview with UK broadcaster Sky Sports last week, Romelu Lukaku singled out Roberto Martinez, Ronald Koeman, Antonio Conte, Steve Clarke, and his first Anderlecht coach Ariel Jacobs as the managers that got the best out of him. Conspicuously, Lukaku left out both José Mourinho and Ole Gunnar Solskjaer from his time at Manchester United.

In 2017, the Belgian striker signed for the Manchester club from Everton in a £75 million move, scoring 42 goals over his two seasons in the North of England. But doubts have always persisted about Lukaku. In the Premier League, the Belgian was perceived as a flat-track bully and an incomplete striker. Lukaku stood accused of a heavy first touch, poor positioning and, at times, a profligacy in front of the goalmouth. As a result, he seemingly never convinced in his position and drew excessive criticism.

During his second season at Old Trafford, Solskjaer preferred Marcus Rashford as the team’s number one striker, arguing that Lukaku wouldn’t fit the fluid front line he envisaged. Unhappy over his role as an impact substitute, Lukaku wanted to rediscover himself and left for Milan in the summer. In a matter of months in Italy, Lukaku has proven, again, what a fine striker he is.

His goalscoring prowess is nothing new. In fact, Lukaku’s record suggests that he is one of Europe’s most prolific and consistent attackers. In his last seven seasons in England, Lukaku always reached double figures. He features in the top 20 of the all-time Premier League top scorers list, equalling Arsenal great Ian Wright’s 113 goals. Yet, in England, he often remains a figure of ridicule, a victim of the conventional English view that the Premier League serves as the gold standard in the game.

Stats aside, Lukaku’s physique has caused a problem of perception: Is he a target man or not? In Kazan, Belgium took on Brazil in the quarter-finals of the World Cup with Lukaku playing on the right. It was apparent that he prefers to play with the ball on the front foot, something Antonio Conte, who has long admired Lukaku from afar, took note of.

At Inter Milan, the Italian manager doesn’t deploy his new striker as a target man. Instead, the Belgian is allowed more freedom and forms a lethal attacking partnership alongside Argentine Lautaro Martinez. It is a role Lukaku enjoys. Against Cagliari on Sunday, he dropped back, drifted out wide to the right and tormented opposing defenders in the penalty box. Just before the half-hour mark, Martinez headed in Ashley Young’s cross. Together, the ‘Lula’ duo have netted 25 goals, keeping Inter Milan in the Serie A title race.

In the last ten minutes of the game, Lukaku could have turned match winner, but his attempt lacked precision after dashing past four Cagliari players in a 40-meter sprint, reinforcing the idea that Lukaku is still clumsy and blunt. In a contentious finale, Martinez was sent off, and so Inter dropped precious points.

But Lukaku’s talent should not be disputed, having scored fourteen league goals so far in a demonstration of his vast array of goalscoring skills: instinct in the box, cool from the penalty spot, heading accuracy, and all-round intelligence. As a consequence, Lukaku is important to Inter Milan and the fans, in appreciation, have embraced him.

In his Sky Sports interview, he insisted that moving away from United was the right decision. His superb form and Inter’s competitiveness in the league trailing Juventus by just three points have vindicated his choice. Instead, United will be left pondering the wisdom of relinquishing a striker, who aged 26, belongs to Europe’s best.

4 Soft Skills That Can Backfire On You