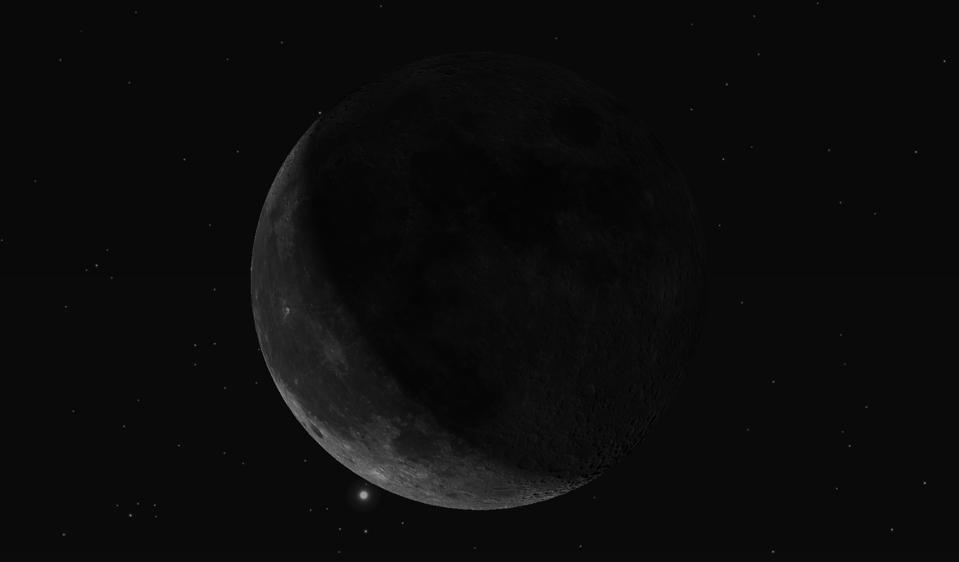 Get ready for Mars to vanish behind the crescent moon.

Have you ever seen a planet disappear? Look east in the early hours of Tuesday, February 18, 2020 and you may get a rare sight of Mars disappearing behind a crescent moon.

Astronomers call such an event an “occultation,” and it’s an unusual event. It’s also an event that’s not visible from most of the planet—though parts of the US, Canada, Mexico and part of Central America will get ringside seats to the strange sight. 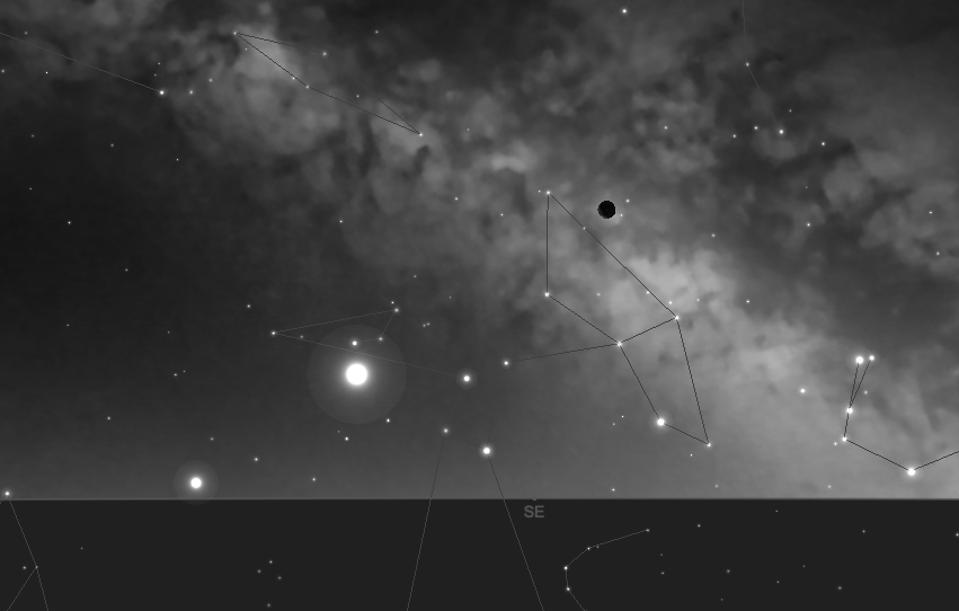 The southeastern sky on February 18 showing Saturn (far left, just above the horizon), Jupiter, and … [+] the moon and Mars.

When will Mars disappear behind the moon?

This rare event will take place before sunrise on Tuesday, February 18, though exactly when it happens depends on where you are in the US, Canada, Mexico and Central America. According to the International Occultation Timing Association, this is when the event will occur in a sample of cities in the US according to EarthSky:

Mars disappears: 7:34:47 a.m. EST (since this is after sunrise the event will take place in a brightened sky—not ideal, but not totally impossible to see if you have a telescope.)

Mars reappears: 7:17:02 a.m. CST (since this is after sunrise the event will take place in a brightened sky—not ideal, but not totally impossible to see if you have a telescope.) 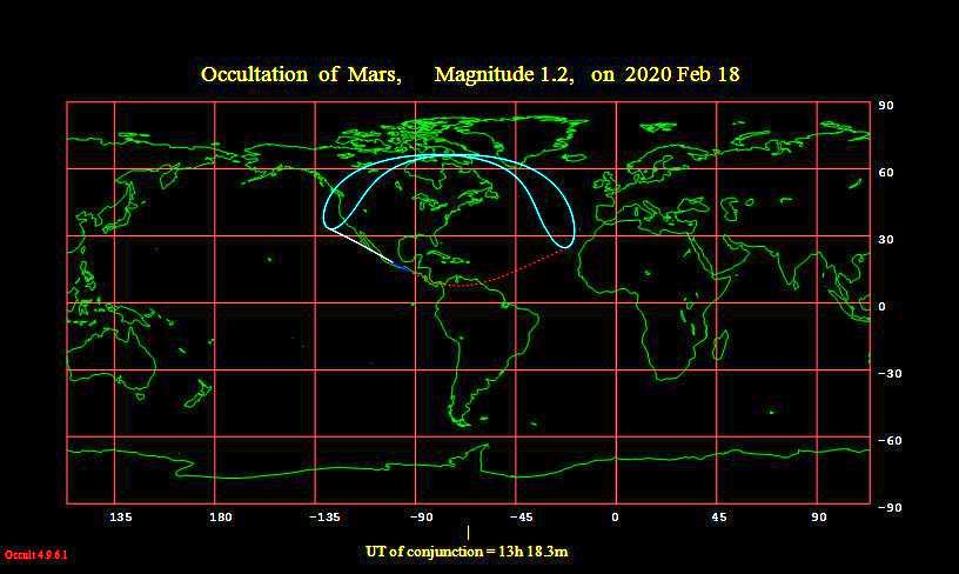 A map from the International Occultation Timing Association showing Moon-Mars occultation … [+] predictions of Mars for February 18, 2020.

What will observers see?

Mars will disappear in an instant. Well, actually, in about 17 seconds. Anyone who gets up at exactly the right time and has clear skies—and a clear view to the eastern horizon—will see Mars suddenly be hidden (called ingress) behind the lit side of the crescent moon. Mars will be at magnitude +1.2, so it should be bright enough to see from most locations. The red planet will remain obscured for about an hour and a half—again, depending on the observer’s location—eventually reappearing (called egress) from behind the darkened limb of the crescent moon.

The trick, from the photography point of view, is to capture Mars just as soon as possible to the instant that it gets covered by the moon’s limb. The goal is probably something like this graphical representation from SkySafari: 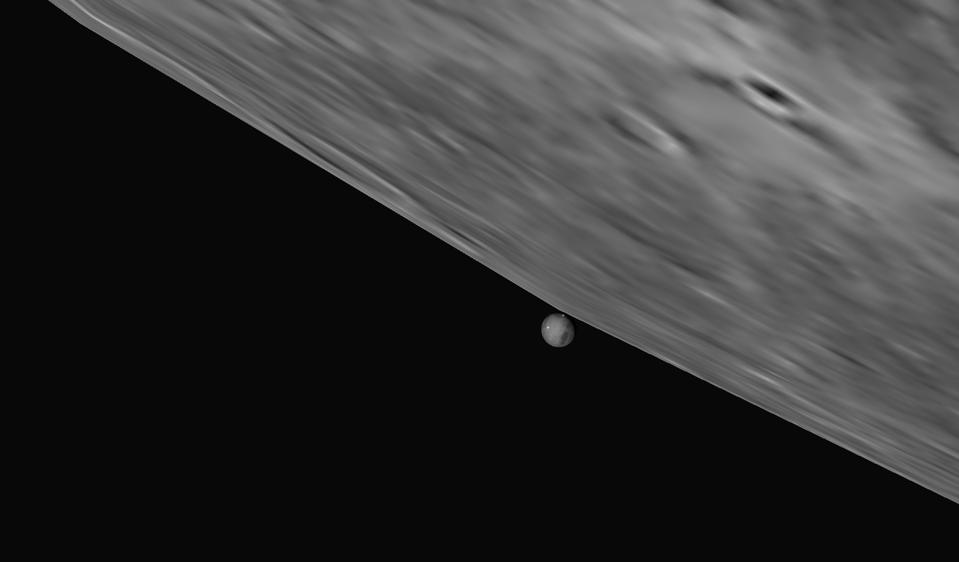 Mars will take just 17 seconds to vanish behind the moon.

How to see Mars disappearing behind the moon

Depending on where you are, the trick will be to identify first the waning crescent moon—which will be 23.7% illuminated—and then to find Mars. Do that and you should have no trouble watching the bright crescent of the moon cover the red planet.

However, conditions are not ideal everywhere; in the eastern US the occultation will take place after sunrise so there will be a bright sky to content with, while in the western US the disappearing act takes place before moonrise. Those in the CST, MST and PST time zones will get to see the event in a dark sky, though the Pacific northwest will miss out completely since the moon won’t be above the horizon. However, those cities—Vancouver, Seattle, Portland and San Francisco—will get a good view of the reappearance of Mars from behind the moon.

Do all that and you should be OK to see Mar disappear, though that’s probably your lot; by the time Mars re-emerges from behind the moon it will be daylight, so that’s going to be much harder to see—and arguably less interesting. 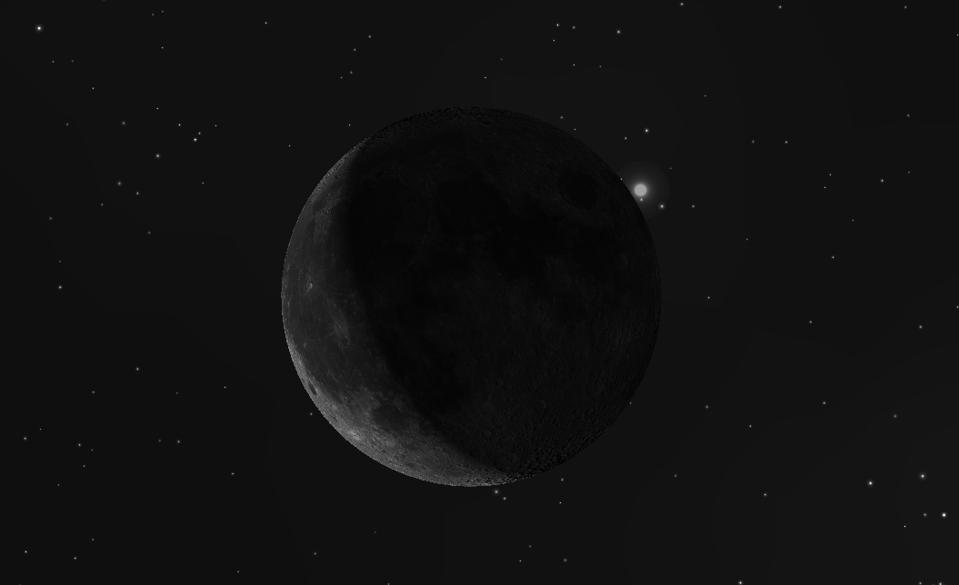 Some locations will only be able to see Mars reappear from behind the moon.

Why will Mars disappear behind the moon?

The planets all orbit the sun on roughly the same plane. This is called the ecliptic. Picture the solar system as a fried egg—with the yolk as the sun and the white as the realm of the planets all in orbit—and you’ve got the right idea. The moon orbits Earth on path that’s 5º inclined to the ecliptic, but it’s pretty close, and it’s inevitable that, now and again, it will appear to cover a planet. The occultation happens in mere seconds because the moon doesn’t have an atmosphere.

The next evening—Wednesday, 19 February—the giant planet Jupiter will be occulted by the moon, too, though since only those in Antarctica will see be able to see it, it’s going to be a sight reserved only for planet-gazing penguins.

Flu Is Now Widespread In 10 States, Including...

Are Physicists Too Dismissive When Experiments Give Unexpected...