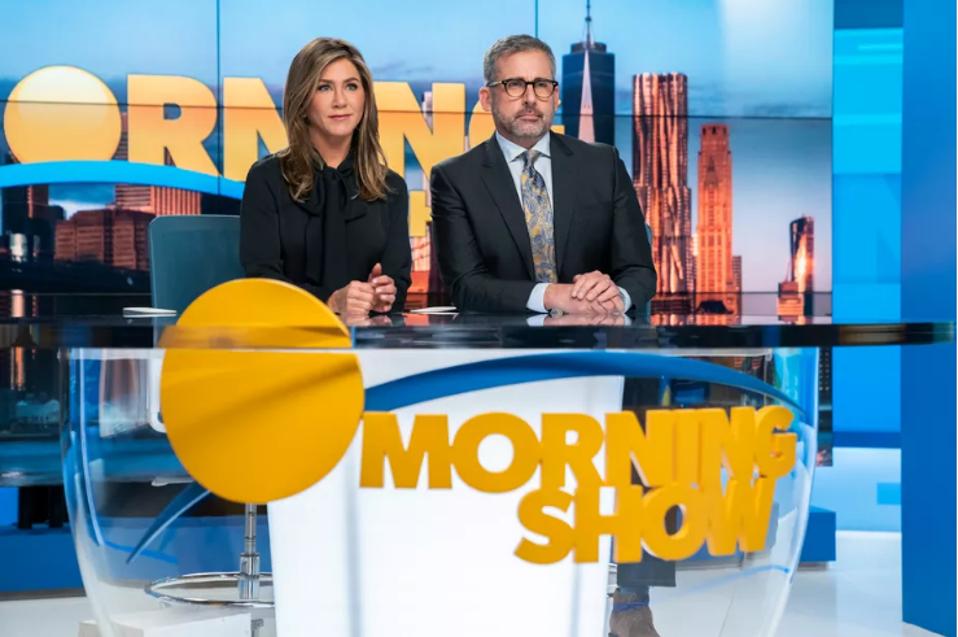 Jennifer Aniston and Steve Carell star in “The Morning Show” on Apple TV+.

When the new streaming service Apple TV+ decided to launch its star-studded drama series The Morning Show, they decided to go big. Not just in the onscreen talent, which features Friends mega-star Jennifer Aniston, Oscar winner Reese Witherspoon and Golden Globe winner Steve Carell, but behind the camera as well.

The first female graduate of the AFI Conservatory, Leder was one of the core directors of the powerhouse series ER, earning two Emmy Awards for her work on the series.

Leder also directed the big screen features The Peacemaker, Deep Impact and most recently, the 2018 film On the Basis of Sex, the story of Ruth Bader Ginsburg’s journey to becoming a U.S. Supreme Court Justice.

Her most recent TV work was as a co-showrunner on the HBO drama The Leftovers.

Leder was hot to take on The Morning Show because of its behind the scenes look at a..m. television, she says. “I was drawn in by the story of these TV anchors who on-camera are like mom and pop and then you find out who they really are offscreen. It’s their public persona versus the private person. And I’ve always been fascinated by the world of broadcast news as well. So it was that combination really reeled me in.”

She was also drawn to the people that populate the drama. “These are very fluffy, flawed characters, and  I love me a flawed character,” Leder says with just a hint of maniacal laughter.

The experienced auteur had some serious thoughts about the visual look of the series right away, she explains. “When we’re on the actual set of The Morning Show, I knew that I wanted it to be very bright. Everybody looks completely beautiful in that flat lighting, and then everything that’s not in front of the camera, I wanted it to have more of a complexity, to reflect their complicated lives, so those scenes have more saturated light, more shadows, more darkness, more edge.”

Building a show from scratch isn’t exactly easy, even for someone with Leder’s extensive background. “This was a hard one because you’re creating this whole world and inside that is a distinct color palette that you’re using to set a tone and hopefully evoke certain feelings for the viewers.”

To get The Morning Show set and studio to feel as though it exists in the real world, Leder and her team visited Good Morning America and made notes. “We walked through these narrow halls where there was all this wiring in the walls, so we put hallways with wiring in our sets. You see things like that, make note of it, and then use it to make our workplace look authentic.”

And it’s not just about how the sets that are built, says Leder. “Every detail is thought out – the color of the clothing, the texture for every character. Everything is planned,and then great accidents happen.”

Working in tandem with the writers helped Leder conceive the camera angles needed to tell the story. “I wanted to do a lot of big wide shots when there was talking going on, but then I wanted to go right tight on their faces – to reach in and look in their eyes – when each character was having a personal moment, because I feel like certain parts only work when we’re as close to the inside of a person as we can get.”

With the series airing on a streaming service, while there is an ideal window for the length of an episode, the creative team is not handcuffed by having to hit a specific time mark for each installment. This doesn’t really affect Leder’s process, she says. “It’s always about working and reworking the scene. Like, does it need to be longer, does it need to breathe? Is it too boring? Does it need to be cut down? It’s always about making the storytelling the best it can be. It’s never about timing anything out specifically for me.”

As the director, Leder also oversees the editing process, explaining, “You make a movie or TV show several times — you write it, you direct it, you shoot it, and then you edit it, and in editing you’re really remaking it over and over again. But, with this show I have to say that the scripts were so sound from the beginning we never really changed any structure. We only eliminated some scenes that we just didn’t really need. And, we never went back and did re-shoots, either. Which is pretty amazing.” 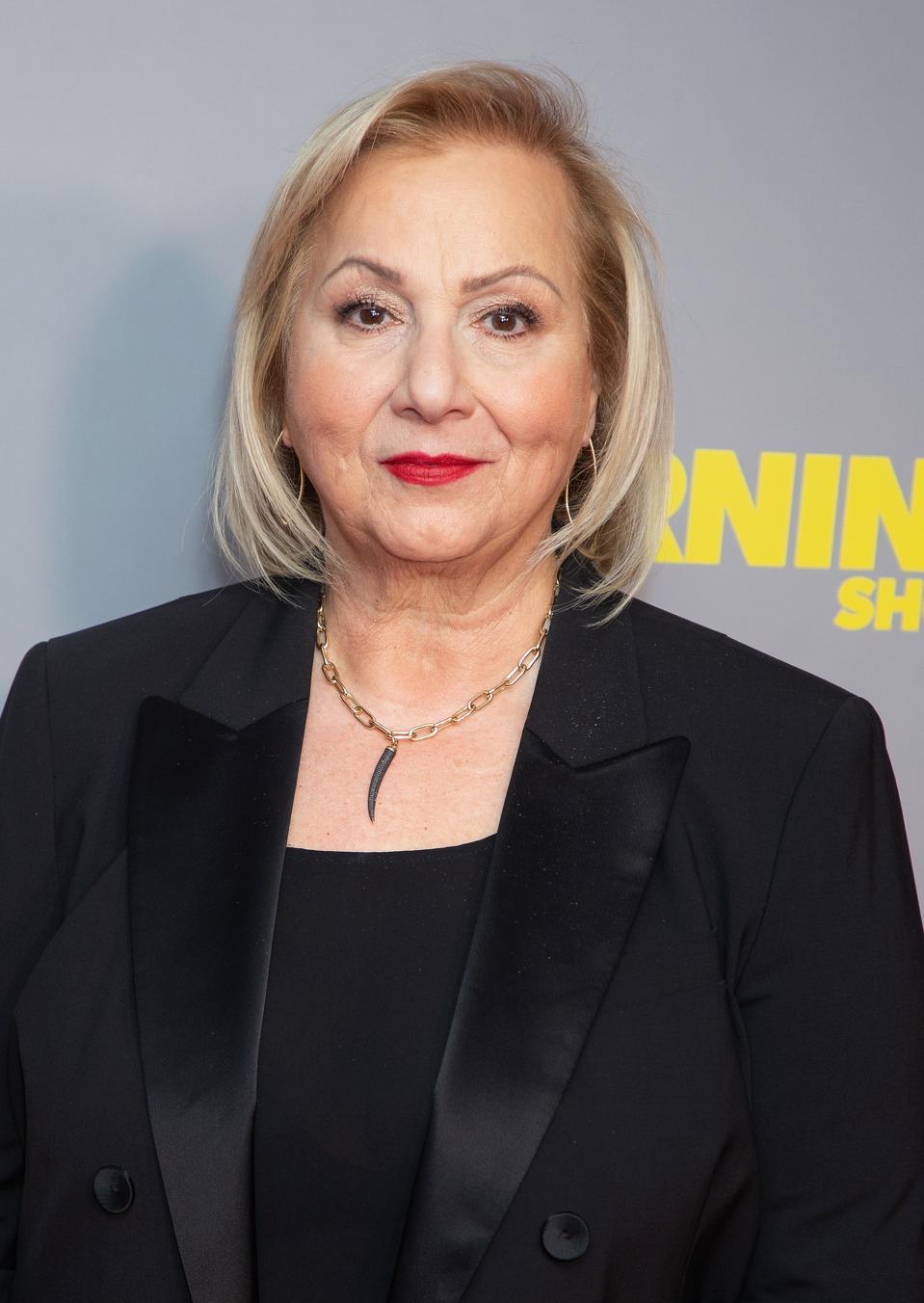 She admits that the time it takes to build a scene in the editing room can vary greatly. “There was a scene in the pilot, where Steve Carell is talking to his accountant, that took me an extended amount of time to cut. It was a tough one for some reason, but then other scenes it’s like boom, I’m done.”

While Leder approaches every show she does differently, she doesn’t take into effect how the series will be consumed. “I know that some people will see this show on an iPhone but I think a lot of people are going to watch it on a big TV set too. So I don’t compose for the small, tiny screen, I use a big screen when I’m editing because that’s how I see things.”

Even though she’s been a director for years, helming several big profile projects, Leader admits that she still experiences some trepidation in her work. “There’s still a lot of fear attached. I am pretty comfortable at this point in my life and career, but comfort is a really interesting word because, you know, you’re rarely comfortable overall in life. Storytelling is challenging and you don’t want to walk away with something that’s just okay. I don’t. So it’s never really comfortable. I’ve been doing it long enough to know that. I’ve learned that it takes a lot of work, and it’s okay that it does.”

‘The Morning Show’ is available for streaming on Apple TV+.

How To Produce A Really Bad Event On Aging

Don Larsen, Yankees Pitcher Who Threw The Only...