Home Business The Most Mysterious Aircraft To Ever Disappear
Business

Modern aircraft are testaments to engineering progress since the dawn of commercial aviation last century.

However, there are some puzzling circumstances of planes that have gone missing. With satellites and radar systems so advanced, it is almost unheard of for aircraft to simply vanish. Furthermore, advances in aircraft technology have cemented aviation as the safest form of commercial transportation around the world, and the planes themselves also do not just fall out of the sky.

However there have in recent years been certain incidents that have mystified investigators around the world, with only a range of theories as to what happened to aircraft that disappeared off radar.

We take a look at some of the unsolved mysteries of aircraft disappearances. 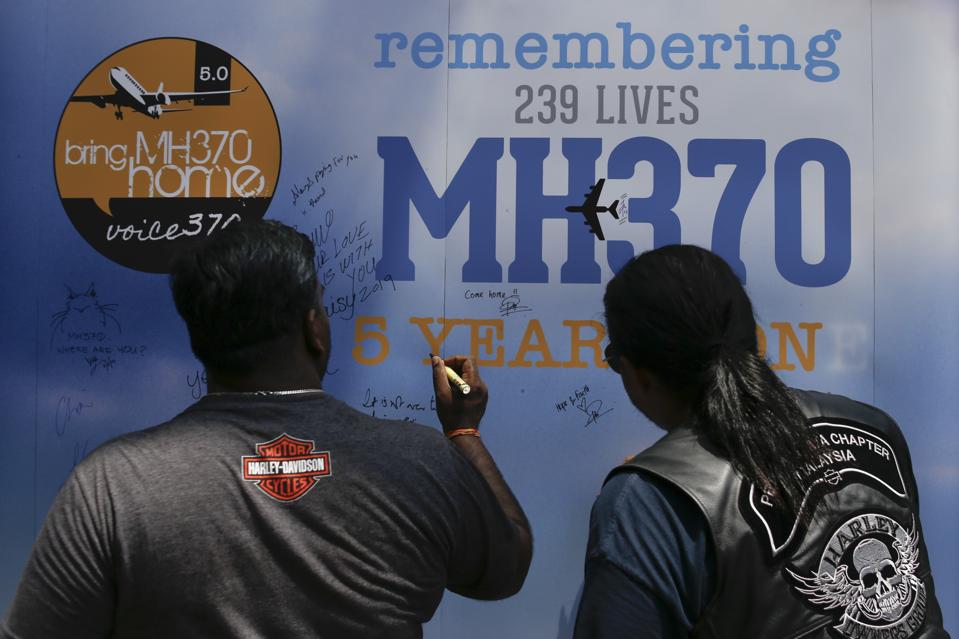 KUALA LUMPUR, MALAYSIA – FEBRUARY 3: Visitors write messages on the board during a commemoration … [+] event to mark the 5th anniversary of the missing Malaysia Airlines MH370 flight in Kuala Lumpur, Malaysia on March 03, 2019. The Boeing 777 Malaysia Airlines MH370 vanished on March 8, 2014 while en route to Beijing from Kuala Lumpur with 227 passengers and 12 crew. (Photo by Adli Ghazali/Anadolu Agency/Getty Images)

Perhaps the most infamous and recent aircraft to go missing. The Boeing 777 aircraft vanished whilst crossing into Vietnamese airspace on a scheduled flight from Kuala Lumpur to Beijing in 2014 and has remained one of the great mysteries in aviation. Even today, search teams are still attempting to map thousands of kilometres of Ocean that could reveal the fatal whereabouts of flight MH370 that led to the loss of 239 lives.

Theories have ranged from hijacking including fuel depletion and eventual water landing, all the way to the plane being purposely flown to other islands or countries with unknown cargo onboard. No theory has been proven to this day, and the aircraft has still not been found. 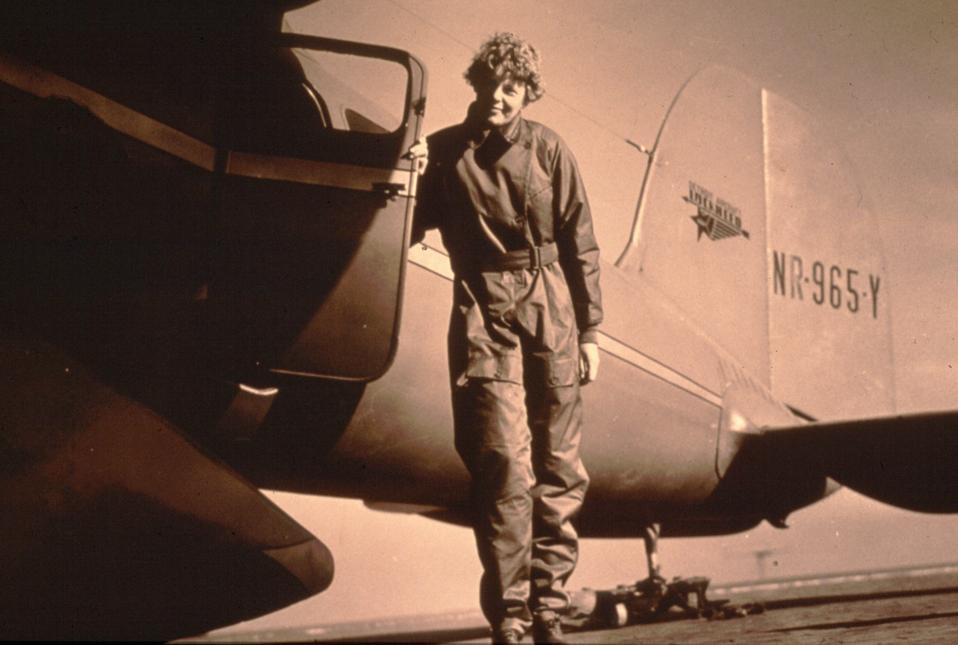 Photo of pilot Amelia Earhart standing by her plane. (Photo by Getty Images)

One of the most infamous aviators in history was attempting to circumnavigate the globe on a Lockheed Electra 10E in 1937. She took off from New Guinea with her navigator Fred Noonan on one of the last legs of the round-the-world trips to never be seen again.

Earhart was the first female aviator to fly solo across the Atlantic Ocean in 1932, but nearly 90 years later her disappearance has still not been solved. Theories ranged from a “simple” crash and sinking hypothesis at a time when aviation was much more unreliable than the present day to other possibilities such as a ditch landing and survival on an island but the pair never being found. 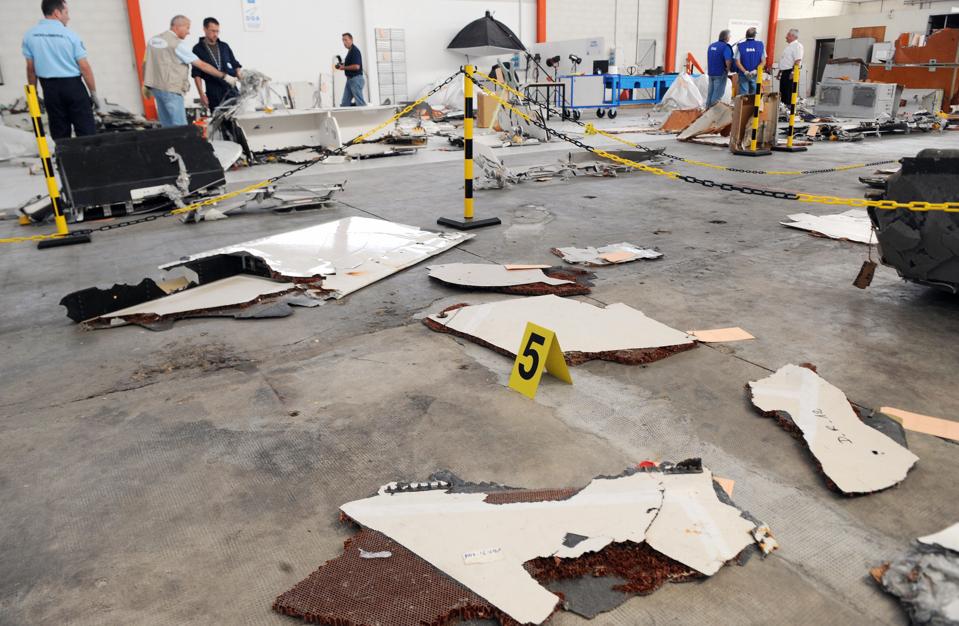 Investigators of the BEA (the French bureau leading the crash investigation) inspect debris from the … [+] mid-Atlantic crash of Air France flight 447 on July 24, 2009 at the CEAT aeronautical laboratory in Toulouse, southern France. The Air France flight from Rio to Paris came down during the night of May 31 to June 1, 2009 during a storm, with the loss of all 228 people on board. The BEA said in a report, based on an initial study of the fragments, that the Airbus A330 was intact when it hit the ocean, but that the cause of the crash was still unknown. AFP PHOTO ERIC CABANIS (Photo credit should read ERIC CABANIS/AFP via Getty Images)

It took search teams over two years to find the black box recorders for the Air France Airbus A330 flight that was traveling from Paris to Rio de Janeiro in 2009. Although wreckage had been found prior to this, the crash remained a complete mystery as search teams had to scour one of the deepest parts of the Atlantic Ocean to find clues as to the disappearance of Air France 447.

Chaos and confusion in the flight deck after ice froze up air speed sensors led to the loss of 228 lives. The French accident investigation authority, the BEA, published a report confirming that a string of errors had resulted in the aircraft stalling and inevitably crashing after flying through a thunderstorm. The auto pilot disengaged after speed sensors became frozen over.

Chillingly, after the aircraft first flew into the storm, which the pilots did not fly around, the captain of the jet left the cockpit to take his scheduled crew rest and switch with another senior pilot. Just over 10 minutes after this, everyone on the I’ll-fated jet would be dead.

After manually reducing airspeed into the storm, the first officer of the fight chose to change altitude, but with less air speed, the lift provided by an aircraft’s wings becomes relatively less, and so almost immediately the A330 aircraft warned the pilots they were in a stall. Now all pilots are trained to deal with a stall, but in this case, the computer alert warned the pilots no less than 75 times that they were in a stall before the aircraft crashed.

After climbing at 7,000 feet per minute the airspeed of the aircraft dropped to just 93 knots (whereas cruising speed for a jet aircraft would normally be 400-500 knots), but the pilots continued to act irrationally.

By keeping the nose pitched up, with little engine thrust the pilots are unaware that they remain in a stall, despite the warnings and loss of 10,000 feet altitude per minute, because the joystick is still held back—by moving the joystick forwards, trained pilots would be able to recover from a stall presuming they have altitude.

Only at the very end, when it was too late, does the first officer explain to the other pilots, after the captain returns to the cockpit, that he had been holding the joystick back the whole time, and no one discussed that the aircraft could actually be in a stall. The captain then realised the mistake and tells the pilot to pitch down to regain air speed, but by this time the aircraft was only at 2,000 feet, and terrain warning began to chime. The aircraft recorders then chillingly ended.

In 2016, India conducted its largest search and rescue operation at sea in their history. A military Antonov An-32 went missing over the Bay of Bengal with 29 people onboard. Despite the deployment of aircraft, vessels and submarines, the aircraft was never found.

The Secret to Getting Anything You Want in...

Why The Redskins Should Move On From Trent...

What Politicians, Small Business, And Mice Have In...