Home Business The NFL’s Bobby Wagner Negotiated His Own $54 Million Deal. Now The 30 Under 30 Linebacker Is Tackling Startups.
Business

The NFL’s Bobby Wagner Negotiated His Own $54 Million Deal. Now The 30 Under 30 Linebacker Is Tackling Startups. 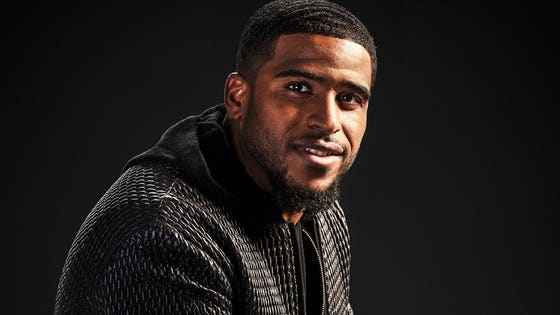 Seattle Seahawks linebacker Bobby Wagner is one of the NFL’s brightest stars, known for his shrewd reads of opposing offenses. The 29-year-old was a second-round draft pick in 2012 and helped the Seahawks win the Super Bowl in 2013. Considered by some a future Hall of Famer, Wagner finished fourth in the NFL with 138 tackles last season and leads the league this year with 129.

That on-field success was just the beginning. This summer Wagner negotiated his own $54 million, three-year contract with the Seahawks, making him the highest-paid middle linebacker in the league. The deal not only upended the narrative that athletes can’t manage their own careers—or their finances—but also set him up with tens of millions of dollars in future cash flow earmarked for his own long-term wealth creation.

“We get this money at such a young age,” says the All-Pro, recently selected to the 2020 Forbes 30 Under 30 list. “We should take the time to learn and understand how to make the money work for us versus working for the money, and do your due diligence and understand what it is that you’re investing in.”

For Wagner, who is also one of only four players to receive the top rating of 99 in the Madden NFL 20 video game, it comes down to focus. On the field it means studying the critical tells of his opponents. Does a receiver adjust his gloves ahead of a passing play? Do linemen heavily lean on their fingertips before a run? Does a running back glance around to see whom he’ll be blocking prior to a pass?

Off the field it means knowing where to look, too—and which opportunities to tackle. Two years after turning pro, when he was earning half a million dollars per year, he met investor Robert Nelsen who at a financial seminar for athletes offered him an opportunity to plow a five-figure sum into Denali Therapeutics, a biotech focusing on brain disease. The Seattle-based venture capitalist promised to give back the linebacker’s investment if it didn’t pan out, as long as he agreed to donate the returned funds charity. Wagner invested and earned a fourfold return; Denali went public in 2017 and now boasts a market cap of nearly $2 billion.

While on the lookout for more big-hit venture investments, he’s staying disciplined. The bulk of his earnings go into safer investments, with about 90% in a portfolio of stocks, bonds and index funds, with the balance used for further startup bets.

“We didn’t worry about venture and all that stuff until we saved a lot of money,” says his financial adviser, Humble Lukanga, who works with other stars including actor Issa Rae and Houston Texans receiver DeAndre Hopkins. Wagner adds: “Save enough that you can live off of. Then that’s when you take your risks.”

Last year Wagner joined the likes of Diddy, Shonda Rhimes and Durant as investors in Andreessen Horowitz’s Cultural Leadership Fund, which is comprised of African American leaders outside Silicon Valley and donates all profits to organizations promoting diversity in tech. The fund contains investments in startups ranging from camping marketplace Hipcamp to Lime scooters.

He first met the fund’s manager, Chris Lyons, three years ago during the Super Bowl at the Bay Area’s Levi’s Stadium, and the two have been investing together ever since. Wagner helped connect Lyons with the Seahawks to discuss potential partnerships with Lime around the time of the startup’s Seattle launch, while Lyons has been offering up new investment possibilities, including dronemaker Skydio and medical data outfit Q.

Wagner is also expanding his off-field interests on his own, including investments in a flaxseed lemonade brand created by a 14-year-old, Me & the Bees, and Care+Wear, which makes reusable medical apparel. Last summer he interned at Ignition Partners, sitting in on pitch meetings and CEO presentations fielded by the Bellevue, Washington-based venture capital firm.

“This is in his DNA,” says Lyons. “Investing into technology has become very mainstream, but he’s been doing this [since] before all the articles were coming out and it was a cool thing to do.”

The Phoenix Suns Can Probably Do Better Than Kevin Love

Brandon Morrow To Get A Second Chance With Cubs

A Simple 5-Point Checklist For Evaluating If Your...

A Tourist’s Guide To Beer Drinking In Downtown...