The Rise Of Dr. David Chao AKA Pro Football Doc 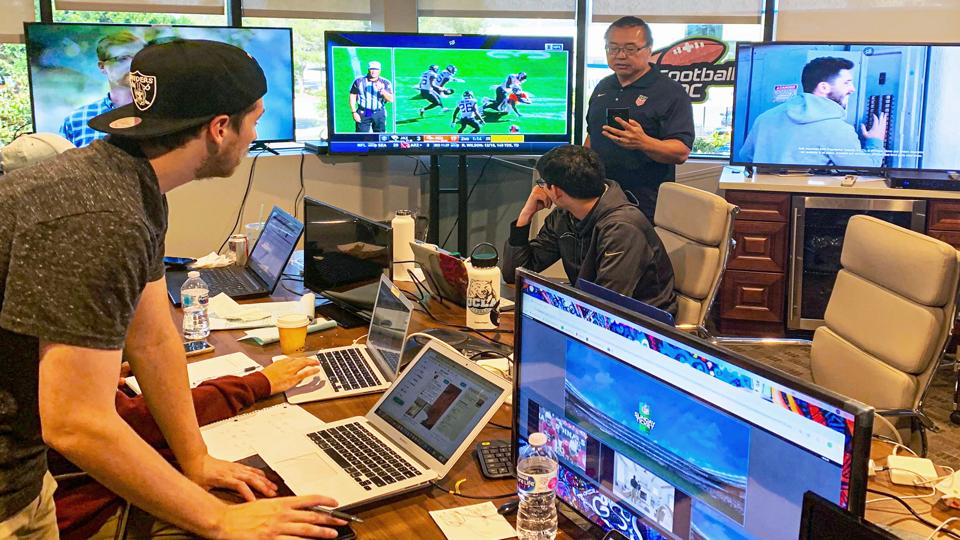 Dr. David Chao has risen to prominence on social media for providing real-time injury analysis for … [+] the NFL.

Dr. David Chao remembers sitting on his couch watching football with his family one of the first times after spending 17 seasons as San Diego Chargers team doctor.

With newborn twins in tow, Dr. Chao was providing analysis of in-game injuries to his nearby audience.

“I remember my wife said very politely, ‘Tell it to someone who cares,’” Dr. Chao said with a laugh.

From that point, Kimberly, signed her husband up for Twitter and thus began @ProFootballDoc, fit with a stethoscope and football avatar.

Nearly seven years later, Dr. Chao has amassed a following of nearly 160,000 on the social media platform, has a podcast, a subscription service, a column in the San Diego Union-Tribune and is the current SiriusXM Sports Medical Analyst on top of being quoted in various articles and doing TV and radio appearances.

“It’s probably past hobby and into obsession and might become job,” Dr. Chao said. 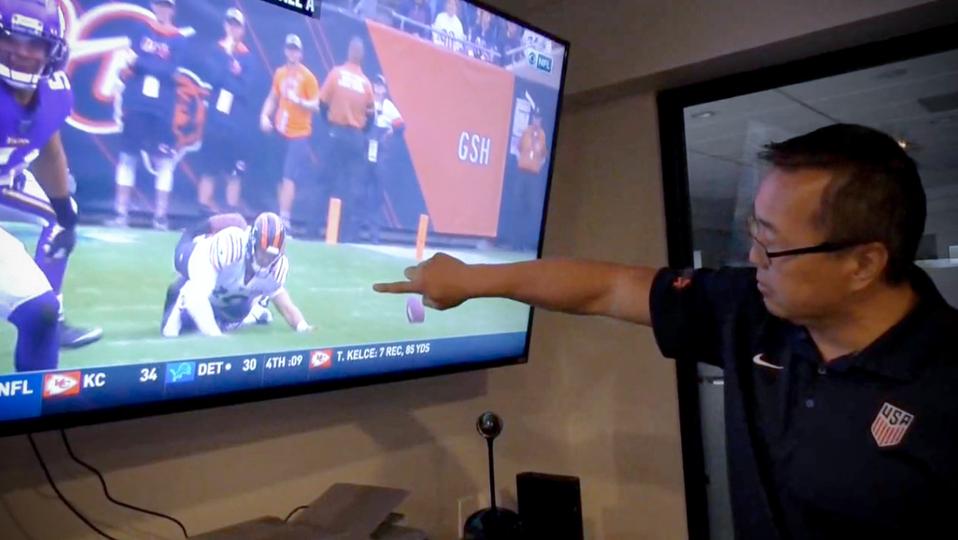 Dr. Chao has seen his status grow as almost a dozen states have legalized sports gambling with others poised to continue to do so. Not only are the more than 47 million people who play fantasy football searching for a competitive edge, but the countless bettors in the United States—who have surpassed $10 billion in wagers since May 2018—are hungry for real-time, educated analysis and insights as well, especially with their hard-earned dollars at stake.

Dr. Chao compares himself and what he does to Mike Pereira, the NFL’s former vice-president of officiating, who now serves as a rules analyst for FOX Sports. When broadcasters are in need of an expert opinion on a call or non-call, Pereira is summoned. Dr. Chao, who provides a similar service but on the medial side, has playfully deemed himself the Medical Mike Pereira.

“What I do is provide real-time injury information and analysis,” Dr. Chao said. “Hopefully it’s very clear. I don’t hide the fact that I’m watching on TV. Diagnosing implies an exam, looking at X-rays or MRI and a doctor-patient relationship. I call it insider knowledge not insider information. I don’t call team doctors or athletic trainers. It’s all off of my eyeballs and I’m the first to say it’s not 100%.”

Seeing the demand for real-time injury analysis and news on the rise, more armchair doctors have begun to share their expert opinion. Dr. Mark Adickes, a former offensive lineman with the Washington Redskins, serves as the medical expert for DirecTV’s Fantasy Zone in a similar capacity as Dr. Chao.

Dr. Chao said he encourages more people like Dr. Adickes out there because it doesn’t hurt Pereira to have other former NFL refs providing their analysis on officiating. While Dr. Chao may be jealous of Dr. Adickes’ Super Bowl XXVI ring, he believes he holds a distinct advantage over the “jock-to-doc” since he served nearly two decades on an NFL medical staff rather than Dr. Adickes who spent six years in the NFL before turning to medicine; Dr. Adickes is a licensed orthopedist in Houston.

“It’s very much an art form, I think,” Dr. Chao said. “I think it’s a very specialized task I’m doing. I pay a lot of attention to it and take a lot of pride in it.”

Ripple Just Gave The XRP Price A Boost—Here’s Why

Johnny Depp Will Produce A Musical About Michael...

Start Preparing Daughters Now To Take Over The...