The RPA Hype Cycle Is Over — Here’s The Reality 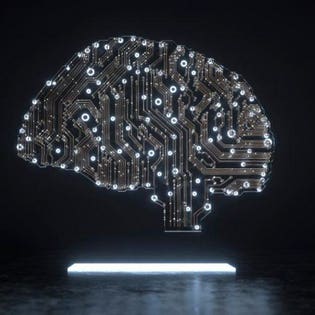 Six months ago, robotic process automation (RPA) startup UiPath announced a $568 million series D round of funding for a valuation of $7 billion. Yet last month, the company confirmed it has laid off around 11% of its workforce.

To some, UiPath’s journey from headline-worthy valuation to headline-grabbing layoffs could be a warning sign for the entire RPA market.

But I see the situation differently. Rather than sounding alarm bells for the future of RPA, I think the UiPath layoffs instead signal a market inflection point. RPA isn’t dead; the hype surrounding it is. And it’s now time to level-set about where the RPA industry actually stands and where it’s headed.

Pureplay RPA vendors are overselling their solutions and not speaking the truth about the reality of what an RPA bot can do.

Rolling out and maintaining an army of bots is a formidable challenge, and too often, the industry doesn’t acknowledge the realities of this challenge. This includes many RPA vendors and global systems integrators.

First, getting RPA solutions up and running demands a significant amount of coding work — both upfront and on an ongoing basis — that requires budgeting for professional services. Second, RPA bots are often brittle because they’re hard-coded to key fields. Therefore, small user interface adjustments can cause them to fail.

These glossed-over challenges could help explain why companies deploy and maintain far fewer bots in practice than they initially purchase.

The perils of hype.

The recent UiPath layoffs say less about the future of RPA than they do about the problem of hype — both the hype cycles of overvalued startups and the hype surrounding RPA.

On the former point, UiPath is only the most recent instance of an unprofitable unicorn facing setbacks when economic realities set in. In a more troubling and high-profile example, office-sharing giant WeWork — which was once valued at $47 billion — ended up on the verge of bankruptcy after its August IPO filing revealed significant losses, aggressive spending plans and corporate mismanagement, leading to layoffs of almost 20% of its company. There’s no shortage of startups that have followed a similar trajectory of overreaching and underdelivering.

UiPath’s layoffs aren’t just a consequence of this growth-at-all-costs mindset, though. In recent years, certain RPA players and proponents have positioned RPA as, variously, a self-contained solve-all for inefficiencies, a technology requiring zero maintenance, and even a replacement for human workers. These are the misguided conclusions of a hype machine.

Getting realistic about RPA.

According to Gartner, Inc., there are five phases in a technology hype cycle. The second phase is called the “peak of inflated expectations,” which is quickly followed by the “trough of disillusionment.”

Perhaps UiPath’s layoffs have sent RPA into that trough. But right now, that’s exactly what the RPA market needs because it presents an opportunity to level-set and prepare for the next phase of the technology’s life cycle — a more deliberate phase that Gartner terms the “slope of enlightenment.”

To me, getting enlightened about RPA begins by acknowledging that it remains an emerging technology and not a panacea. As a recent Forrester Wave Report reveals, the RPA market is still very much in a growth phase, with leading RPA software providers expanding their capabilities based on rapidly evolving customer demands. Within the last year, customers have voiced their desire for RPA solutions that extend beyond individual task automation, integrating AI components to enable broader use cases and more sophisticated task variation. This work is just beginning.

But RPA has made significant strides in recent years, and the UiPath news shouldn’t overshadow that momentum.

Right now, RPA is uniquely positioned to help enterprises in several important ways. First, sophisticated RPA solutions are the best answer for enterprises looking to automate functions that rely on interacting with legacy systems. In banking, for instance, RPA can play a transformative role in automating loan processing, trade execution, account closures and other functions traditionally embedded in legacy systems. Similarly in retail, RPA can be applied to traditionally cumbersome and manually driven processes like automated returns and the categorization of products. The list of industry-specific use cases goes on.

Laying the foundation for the successful deployment of RPA requires taking a more holistic approach to process management and automation decision-making. Businesses need to better connect IT experts with front-line employees and embrace a more agile mindset. Without a front-line workforce that’s aware of and engaged with process initiatives, these initiatives can’t reach maturity. Similarly, when enterprises resist adopting new tools and processes in favor of long-held solutions, they’ll impede transformation efforts.

Now is the time for us all to move beyond the RPA hype and focus on what it takes to stay competitive and truly transform business. I believe process automation, coupled with an engaged front-line and agile mindset, is the key to driving sustained business performance long into the future.

The Impact Reality Summit Was A Watershed Moment...

Artificial Humans, Flying Ubers And The Home Of...