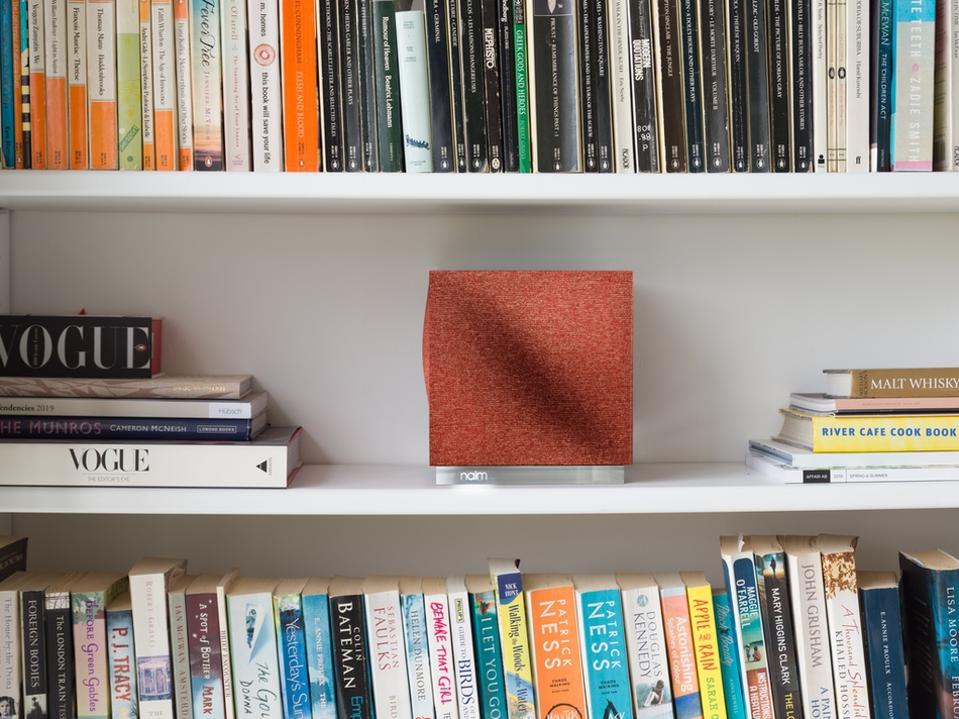 The Naim_Mu-so Qb is now in its second generation and sounding better than ever.

Most people probably spent their holidays in the company of friends and loved ones. Not me, however. I’ve spent much of the festive season in the company of some fabulous audio gear, carefully listening in preparation for my first batch of reviews for 2020.

This holiday season I spent quite a bit of time with the new Naim Mu-so Qb Second Generation, the latest version of Naim’s high-end wireless speaker that can stream audio from almost any source and is ideal for anyone who wants a big sound but doesn’t have too much space to play with. The Naim Mu-so Qb is shaped like a cube (hence the name Qb) and hovers on a transparent, illuminated plinth that gives the impression that the Qb is floating about an inch off the ground. It’s a gorgeous piece of kit to look at and would fit on almost any bookshelf or table.

For almost half a century, Naim has carved out a reputation for itself by designing and making some of the best-sounding amplifiers, CD players, tuners and streamers for audiophiles with plenty of cash to spare. However, as the consumer audio market has begun to move away from separate hi-fi components towards devices that can stream music services like Spotify and Tidal, as well as Internet radio, Naim has shifted its product line towards a multi-room sound system that makes it possible for users to stream music all-around the home using just a smartphone or tablet to control things. 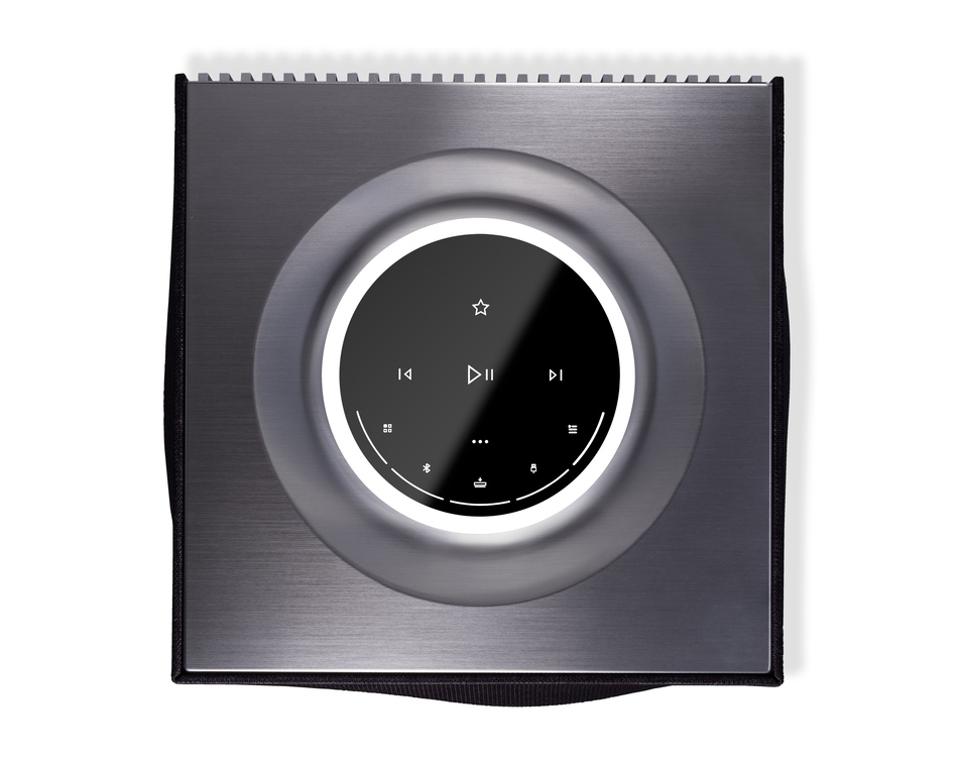 At the center of the top of the new Naim Mu-so Qb there’s an illuminated volume dial and control … [+] panel. The touch controls light up as soon as it senses a hand approaching.

This Second Generation Naim Mu-so Qb is a significant update on the original Mu-so Qb and includes some serious improvements despite it looking much the same as the original version, although there are three new colorways for the fabric grille that hides the unit’s speaker drivers. In addition to the slightly austere Black grille, there’s also a choice of Olive, Terracotta or Peacock grilles that can spruce up the Qb’s looks a little.

Behind the removable three-sided grille is a three-way speaker array consisting of a fulsome bass driver, two midrange units, plus a couple of tweeters. The midrange drivers and tweeters fire slightly outward to create a wider soundstage, while the bass unit fires straight ahead because bass isn’t really directional and doesn’t require a wide stereo setup. The speakers are driven by dedicated digital amplifiers with a total power amounting to a whopping 300 W, more than enough muscle to fill most room sizes with plenty of sound.

As with the previous Mu-so Qb, this latest version features the same oversized and beautifully dampened rotary volume dial with an illuminated glass center, incorporating touch controls for playing and pausing music, as well as for skipping tracks, selecting input sources and choosing stored presets. Thanks to a clever proximity sensor, the dial illuminates as soon as it senses a hand approaching. It’s a really nice touch. 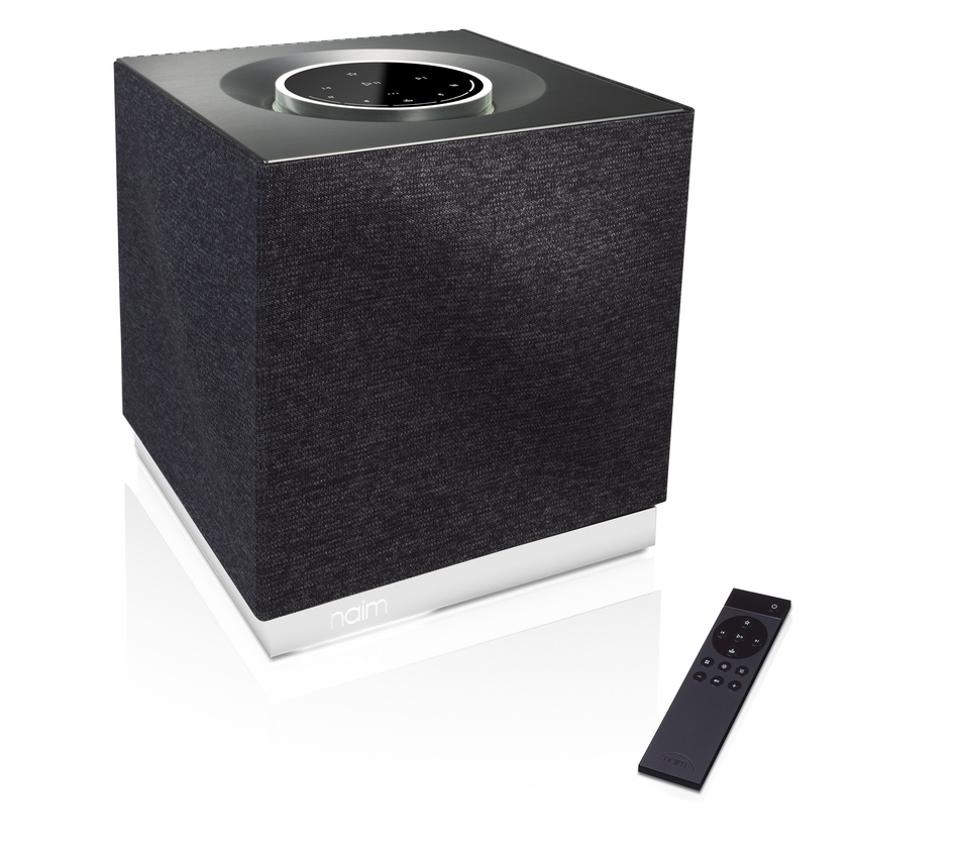 This latest version of Naim’s Mu-so Qb not only sounds better, but it now comes with a remote … [+] control to give the choice of using a smartphone or old-school remote to control the music.

At the heart of the Mu-so Qb 2 is a brand-new digital signal processor with 10 times more power than the chip used on the first Naim Mus-so Qb. The upshot of all the extra processing power is the speed at which the Qb starts streaming; no more frustrating waits for your favorite Internet radio station to begin streaming, it’s almost instantaneous. As well as an embedded streaming function for Spotify Connect, TIDAL, and Internet Radio, the Qb is also Roon Ready. Roon is a music aggregating interface that puts your music from multiple sources all in one common interface no matter whether it’s from a streaming service, a hard drive, or a network music server. Future firmware updates may also include embedding for alternative streaming services but, in the meantime, for subscribers to the services like Qobuz, Amazon Music and Deezer, it’s easy to stream to the Qb using Apple AirPlay 2, Google Chromecast or Bluetooth.

There’s an Ethernet port at the rear of the Qb for connecting to a wired network plus there’s Wi-Fi built in for both 2.4 and 5GHz bands and the implementation is super-fast and very reliable. During the entire review period, the Mu-so Qb never missed a beat or failed to connect to my wireless network when booting up, and that’s more than I can say for a lot of audio gear that I get to test. Next to the Ethernet port are inputs for 3.5mm analog stereo, optical digital, plus a USB port for plugging in a thumb drive, hard disk or just for charging a smartphone.

To navigate through all the inputs and sources on offer, Naim has created a stylish smartphone app that’s available in both iOS and Android flavours. The app can sniff out any music on a network and can also access music files stored locally on a smartphone or tablet. It can also be used to switch physical inputs, search for Internet radio stations and to store favorite sources in a series of presets. Five of the presets can be assigned to the five favorite buttons ranged around the edge of the control panel and it makes selecting radio stations a breeze, and the new digital processor makes switching between stations really fast. The new processor can also handle a large range of digital music formats in resolutions up to 32-bit/384kHz, which should cover virtually any music file. 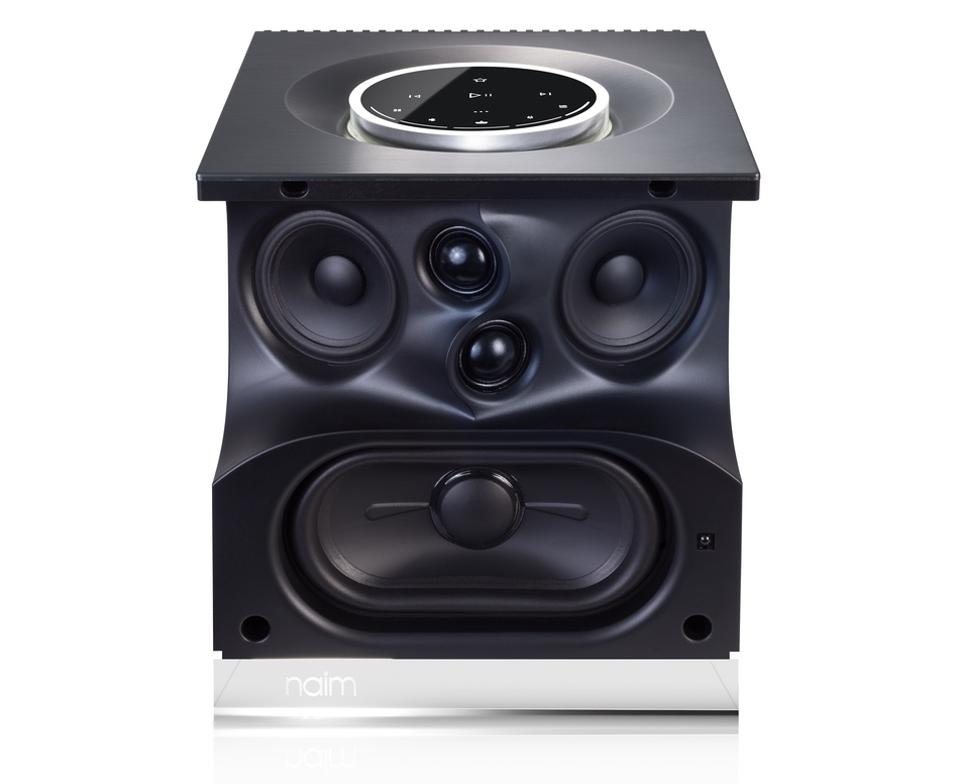 Naim’s range of audio equipment is designed to operate as a multi-room audio systems which means that the system can be extended with more Mu-so Qb’s, the larger Mu-so, and even the flagship Naim Uniti ND 555 streamer. The multi-room capability means users can stream the same music all over the home in perfect sync, or else different music can be played in different rooms. You can even set up custom groupings of speakers and devices that can be recalled with the press of a button.

Unlike its predecessor, this new Naim Mu-so Qb is now supplied with a stylish remote control. When I reviewed the original Mu-so Qb, my main criticism was how difficult it was to turn off or mute the device without having to pick up my smartphone and fumble for the controls. Imagine you need to mute the volume pause the music is the landline or doorbell rings. Doing that with a smartphone can be a real pain but with the new remote, adjusting volume, selecting sources and recalling a preset can all be done without using a smartphone. The inclusion of a remote may sound like a small thing, but it really does make using the Qb a whole lot easier.

The Qb can be positioned almost anywhere in a room and Naim has provided three compensation settings that tweak the unit’s EQ depending on if it’s positioned up against a wall, in the corner of a room, or simply free-standing. It’s a subtle alteration to the sound but it definitely makes a difference. 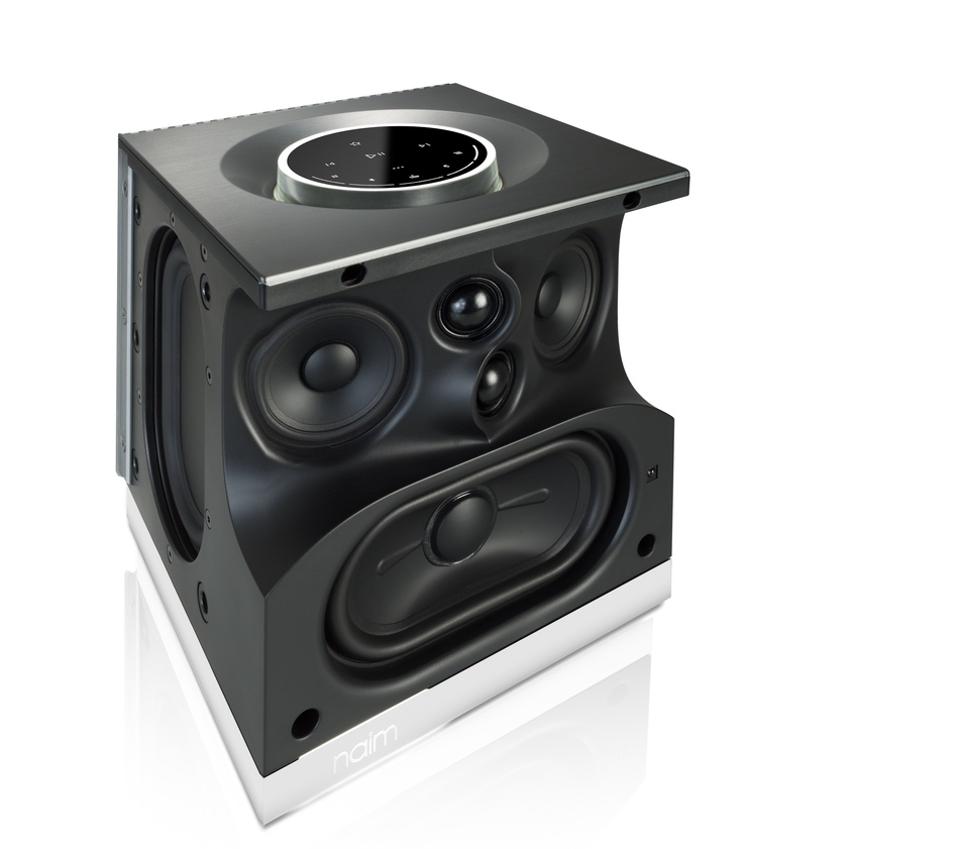 The sides of the new Naim Mu-so Qb feature passive radiators to enhance the bass.

Press play on the Qb and you’re instantly pulled into the music. This is one of the most capable wireless speakers that I think I’ve ever encountered. Despite its relatively small size, the Qb just rocks with an awesome bass and superb detail in the treble range. However, it’s the midrange drivers that really anchor the sound and make the music sing. Naim has a knack for producing sound that unleashes the spirit of music and the new Mu-so Qb is no different. If your feet aren’t tapping almost immediately, you have no musical soul. In fact, it didn’t matter what sort of music I threw at it, the Qb just took it all in its stride; Jazz, rock, folk and even classical was effortlessly reproduced by this sonic superstar.

Verdict: The original Naim Mu-so Qb was a fabulous bit of kit and I was skeptical that the Second Generation could improve significantly on the first. How wrong I was. This new version is a major step-change and despite the slightly higher price, Naim has crammed so many improvements in, including the high-powered processor, brand-new Focal-inspired speaker array, plus the remote control. If you’re looking for a high-end, multi-room wireless speaker that can rival a good system of hi-fi separates – especially if you’re a little tight on space – you can’t do much better than this cubic cutie. An audition is strongly recommended.

Pricing and availability: The Naim Mu-so Qb 2nd Generation is available from a wide range of retailers at a suggested retail price of $899 / £749 / €899.

Your People Are Important. Protect Them. Here’s How.