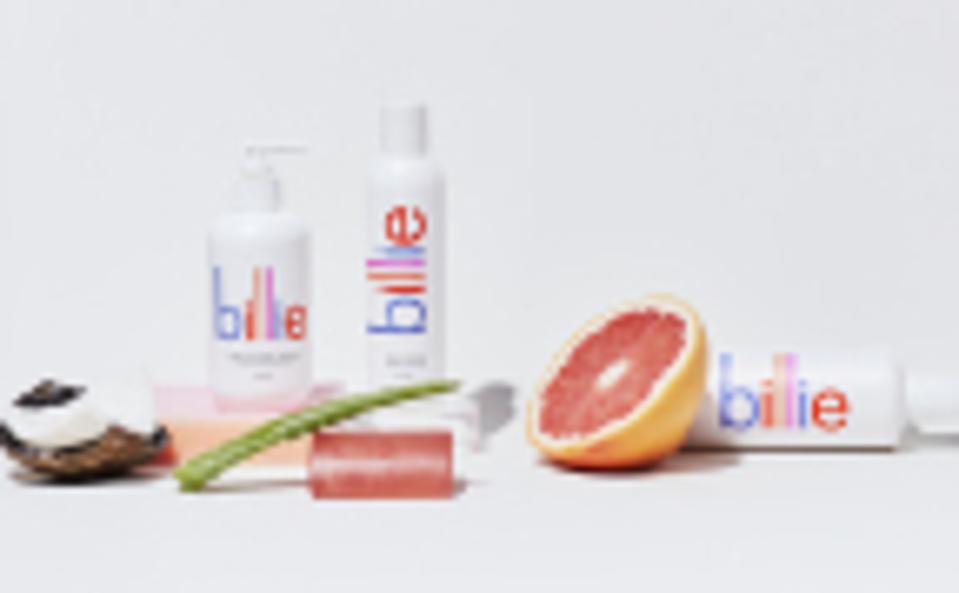 P&G said it plans to buy Billie., a growing female body care brand, as part of its move to lure Gen … [+] Z and millennial shoppers.

P&G didn’t disclose the terms for the two-year-old direct-to-consumer shaving and body care label that delivers a razor starter kit to women for $9, sans the pink tax, or the extra amount that women are charged for shaving and other products. Pitching itself as “the new body brand,” Billie made headlines last year by showing women’s pubic hair in a commercial as part of its #projectbodyhair campaign to encourage women to shave or not as they please.

The startup, which counts investors from Goldman Sachs to Serena Williams, will continue to be run by its two co-founders and be part of P&G’s female grooming portfolio that also includes Venus, Braun and joy brands.

The purchase will “allow us to further reach millennial and Gen Z women through a fresh, bold attitude,” said Gary Coombe, CEO of P&G Global Grooming.

P&G’s latest acquisition comes as its worldwide grooming business, led by Gillette, remains the worst performing unit of the Cincinnati giant that also owns brands including Pampers diapers and Tide detergent. Grooming was the only unit that posted unit sales decline when P&G reported its most recent quarterly results in October.

The unit represented 9% of P&G’s fiscal 2019 global sales of $68 billion and 13% of its profit, according to the company’s annual report. P&G last year wrote down Gillette’s assets by $8 billion as the largest U.S. razor brand blamed changing grooming habits, including men keeping their stubble or beards longer, among factors that had dented results.

Total U.S. “hair-removal” product sales has declined an annual average of 3% the past four years to $3.96 billion, led by a 5.2% decline for men’s blades and manual razors, according to Nielsen data. Women’s also dropped.

As total industrywide demand waned, it’s become an increased market share battle that compels P&G and others to shop for growth because being the first to snatch up a cool brand could mean big gains. For instance, subscription-based razor startup Dollar Shave Club, acquired by P&G rival Unilever, has grown its U.S. men’s razor and blade market share to 10.5% in 2018, making it the No. 3 men’s razor brand after only Gillette and Schick, according to Euromonitor. In 2013, Dollar Shave Club’s share was just under 1%. Euromonitor doesn’t have 2019 data available yet.

Gillette’s market share, in comparison, slumped to 53% from 64% during the same time.

Another men’s razor startup, Harry’s, which last year agreed to be sold to Schick parent Edgewell, had grown to become the No. 5 player in 2018, garnering a 4.3% share, Euromonitor data shows. Harry’s has also introduced the Flamingo shaving line targeting women.

As upstart brands continue to win younger consumers who consider their pitches and products as more authentic and relevant, the trend of CPG and food giants shopping for growth and extra cool quotient won’t stop any time soon. A case in point, P&G, which also makes Always and Tampax female hygiene lines, last year added to its portfolio This Is L., which makes the L. line of personal care products with organic cotton.

Related on Forbes: Not even Amazon can deliver holiday magic to Kohl’s

Related on Forbes: Brick and mortar isn’t dead. The plug-and-play model proves it.

Related on Forbes: Subscription boxes may have lost the hype, but don’t count them out just yet

Seven Teenagers Who Could Become The World’s Best...

Apple’s Siri Disagrees With A Weatherman – On...