The Stars In Our Galaxy Are More Varied Than We Thought 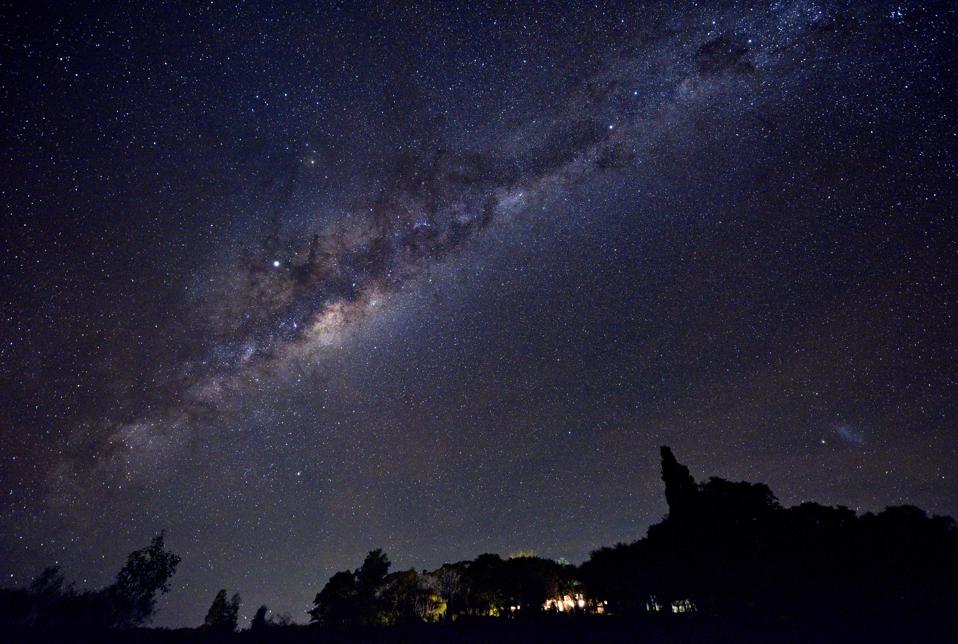 The Milky Way’s Galactic Centre, Jupiter (brightest spot in the centre-left of the image) and the … [+] Small Magellanic Cloud (SMC) galaxy (right bottom corner) are seen late on May 10, 2019 from the Uruguayan countryside in the department of Soriano, near the village of Andresito, department of Flores. (Photo by Mariana SUAREZ / AFP) (Photo credit should read MARIANA SUAREZ/AFP via Getty Images)

One of the ways astronomers classify stars is through their metallicity. That is, how much metal (elements other than hydrogen and helium) a star contains. This helps us understand the evolution of stars and galaxies because metals are formed through astrophysical processes over time. The younger a star is, the more metal it is likely to contain.

We generally place stars into one of three populations based on their metallicity. Population I stars like the Sun are metal heavy. They are younger stars and tend to be found in the spiral arms of the Milky Way. Population II stars are metal-poor and are generally part of the diffuse halo of stars that surrounds our galaxy. Population III stars haven’t been directly observed. They would consist of the first generation of stars, composed only on hydrogen and helium.

As we’ve more precisely studied the stars in our galaxy through various sky surveys, we’ve seen variations within these broad categories. For population II stars, a recent study has shown two groups that are in distinct regions of the Milky Way. 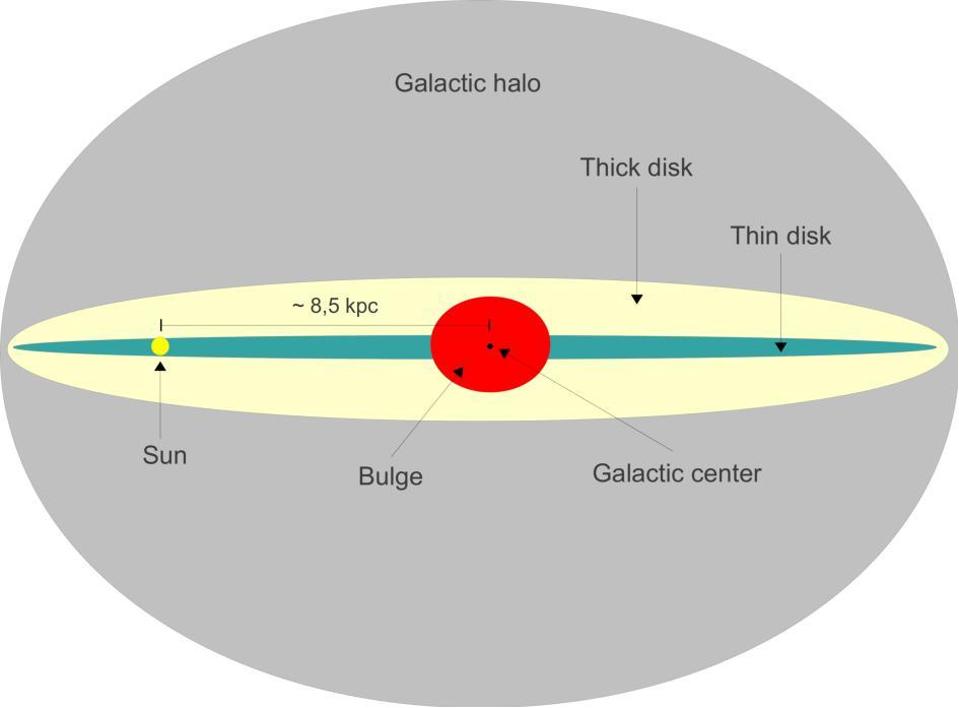 Diagram of the Milky Way.

As published in The Astrophysical Journal, the team looked at stars in what is known as the thick disk. These are stars that are region above and below the thin disk that contains the spiral arms. While the thick disk is largely composed of Population II stars, they found it contains two stellar populations. The regular Population II Thick Disk (TD) stars, and another population they call the Metal Weak Thick Disk (MWTD). These stars are twice as metal-poor as the TD stars. The two populations are not only chemically distinct, but they also move through the galaxy more slowly.

It isn’t clear how these two populations formed, but one possibility is an early merger with a dwarf galaxy. The MWTD stars are likely older than the TD stars, and a merger could have kicked them to a wider region of the disk. The formation of the TD stars could have been triggered by the merger.

Whatever the cause, we’re starting to learn just varied the stars in our galaxy can be.

Facebook Promises It Has Fixed Glitch That Caused Political Ads To Disappear Days Ahead Of U.K. Election