Home Finance The Strong Stocks That Weathered The Storm (So Far): 5 Charts.
Finance

The Strong Stocks That Weathered The Storm (So Far): 5 Charts. 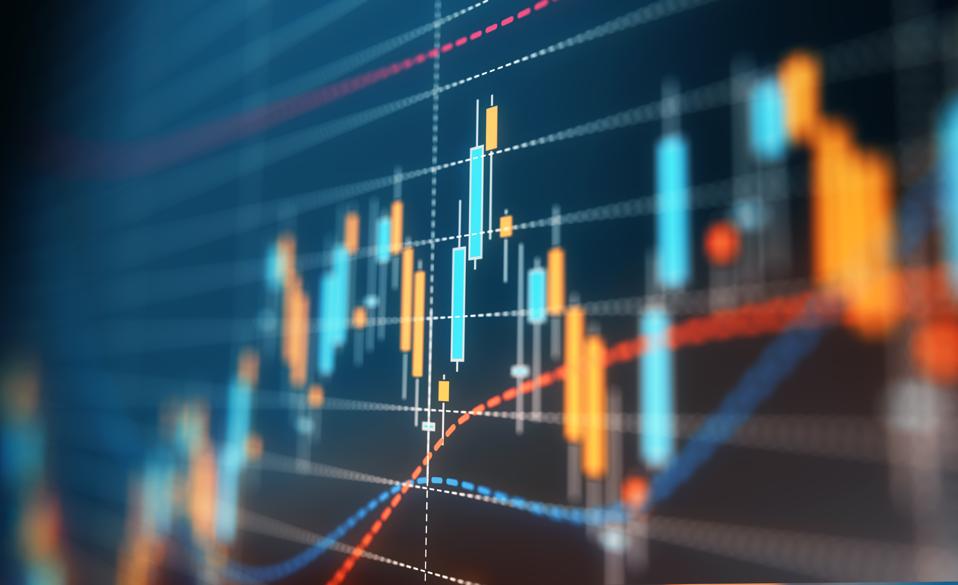 These 5 stocks dropped during the sell-off and then came back strong. That is, after the air had cleared, they had all achieved new highs.

This is something that the major tech names, so beloved by the financial media, have failed to achieve thus far. Microsoft and Apple, for example, remain well below their February highs despite the widely reported Tuesday rallies.

Here are the stocks that did better than that, making higher highs despite everything: 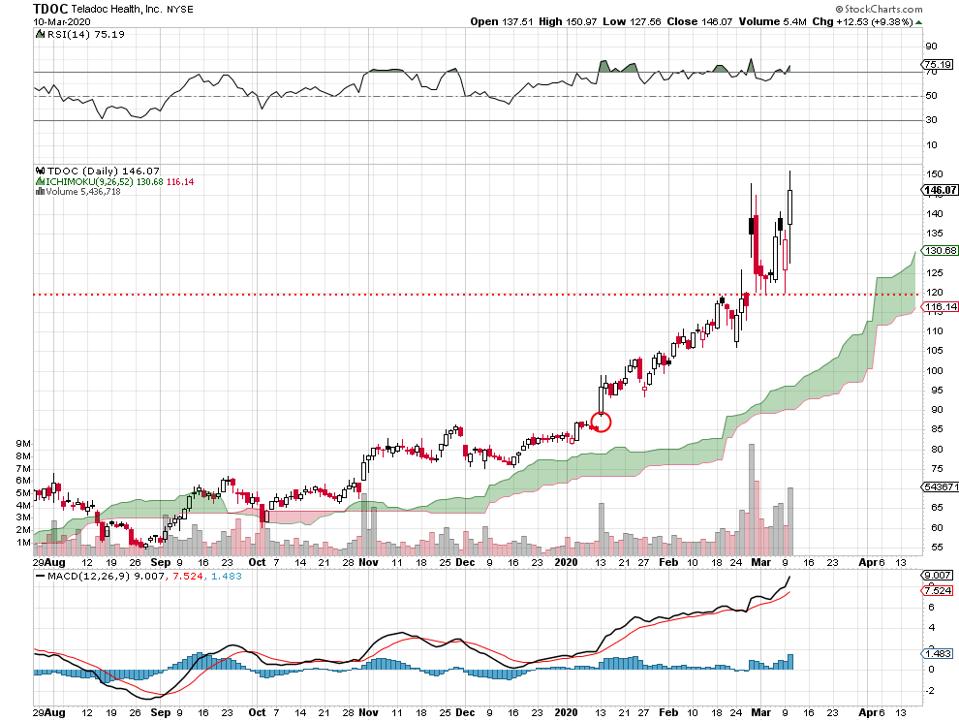 This is an extraordinary chart considering what most stocks have just gone through. The price never dropped below the Ichimoku cloud during the panic selling seen almost across the board. Note that the 120 support level from late February held, no problem, into the March selling. Teledoc has not stopped being in an uptrend. Some of this might have to do with its 25% short float — some of those short must have been forced to finally cover. Just guessing.

Clorox is the brand name housewares and accessories company that’s traded on the New York Stock Exchange since, basically, forever. 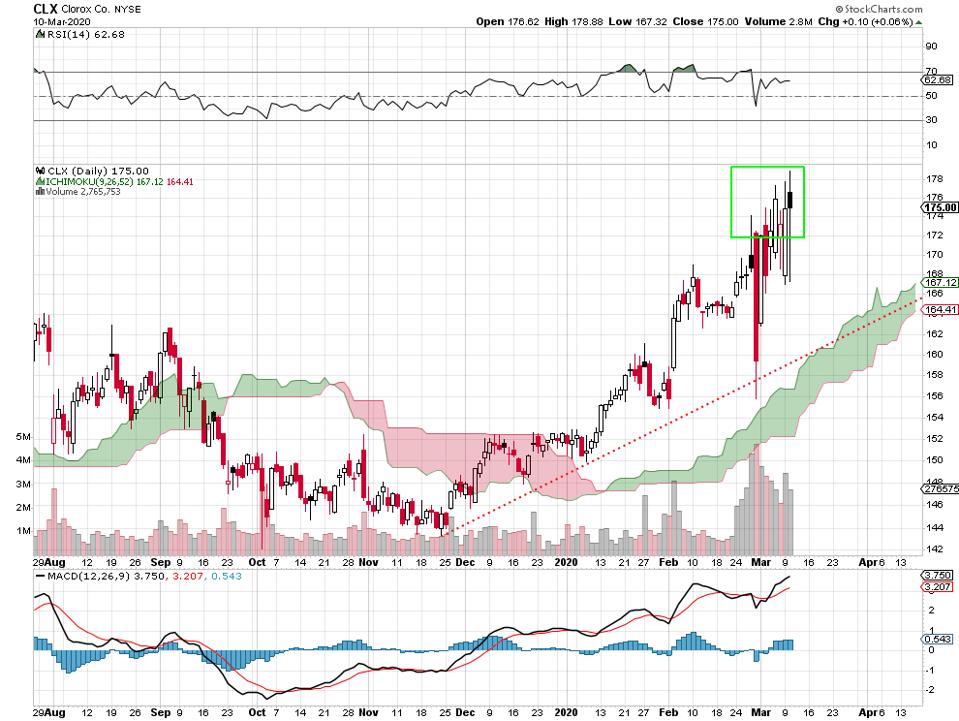 You can see how the stock briefly traded just below the uptrend line connecting the late November, 2019 low with the January, 2020 dip. Note how buyers came in before the close of the late February panic and kept it above the trend line. Clorox never traded below the Ichimoku cloud during the sell-off. Note the steady stream of higher highs as March progressed. 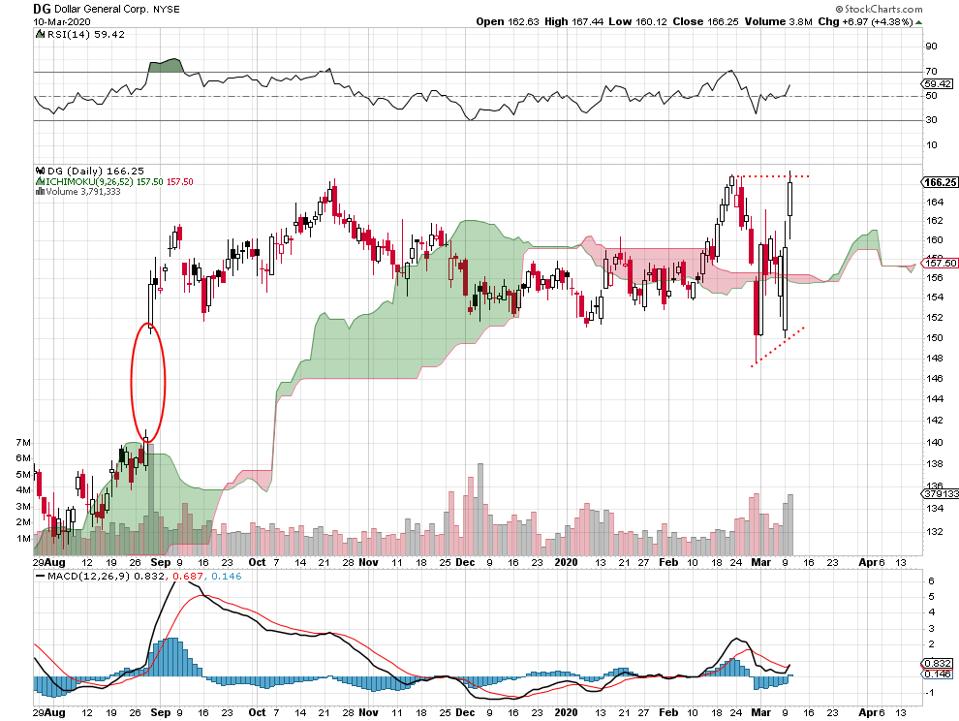 Maybe it’s the feeling that consumers will be needing to purchase items that Dollar General is selling, but, whatever it is, the price just hit a new high. This, after the late February selling that took it down into the gap area from late August, 2019 trading.

General Mills is New York Stock Exchange traded for many years and is designated typically as a “processed and packaged goods” company. 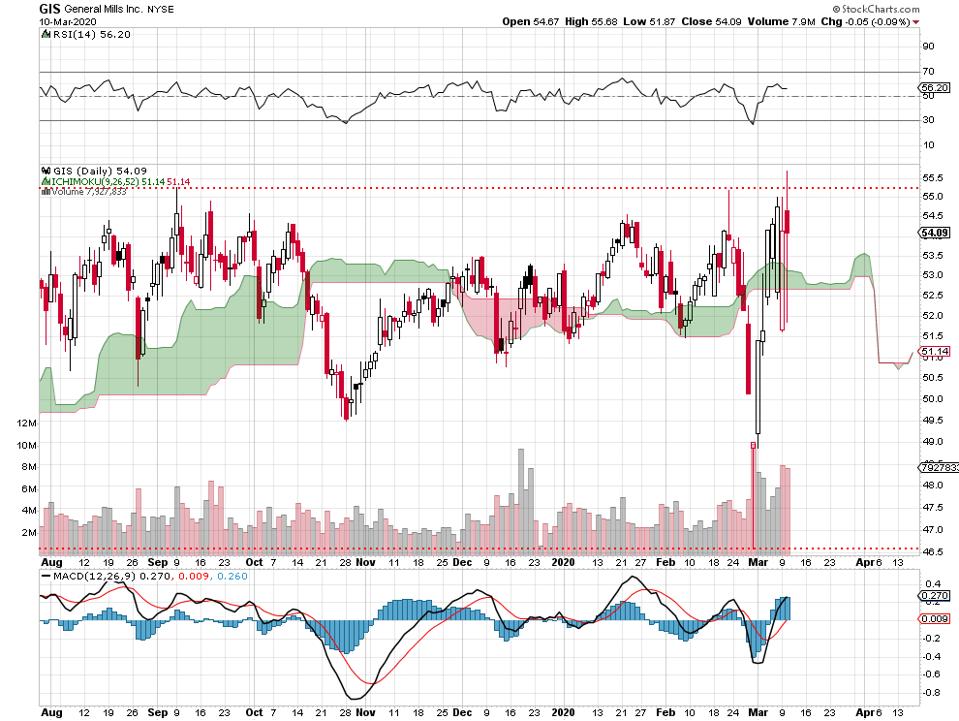 This is an extraordinary price chart showing extreme panic selling of late February — taking it below the previous previous lows of October, 2019 by a good deal. Then just days later, General Mills buyers come back in so powerfully that the stock makes a brand new 2019 high before closing just a bit lower. You don’t see NYSE-listed brand names trading like this too often.

TEGNA owns television and radio stations among other media properties and trades on the New York Stock Exchange. 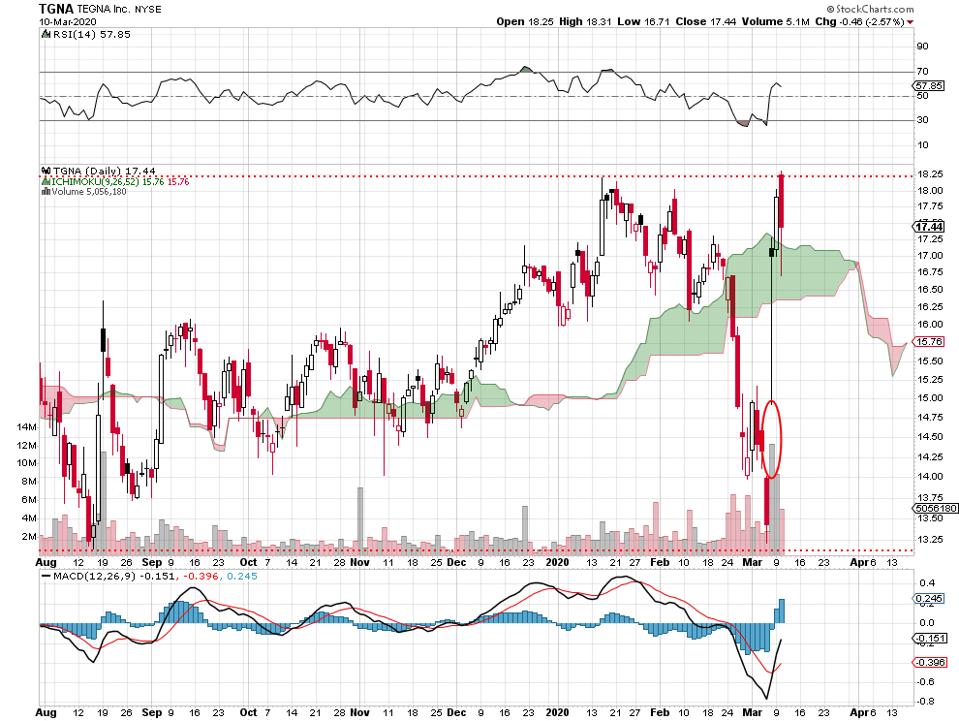 The selling began in January for this stock, accelerated as February wore on and returned all the way to its August, 2019 low just days ago. Tegna then suddenly reversed completely, gapped up and before the close today, had put in a new high price before backing off somewhat into the close. Again, it’s highly unusual to see this extreme up and down action over so short a period — in NYSE-listed equities.

Western Nations Are Afraid To Follow China’s Model To Combat COVID-19, And That’s Bad For Bitcoin