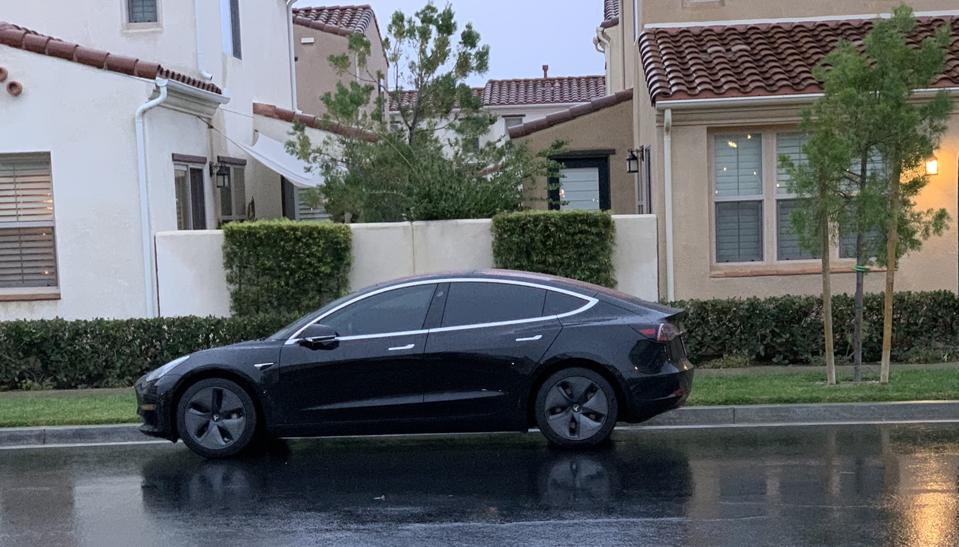 A Model 3 parked next door this weekend in my Los Angeles neighborhood.

I’ve seen a remarkable influx of Model 3s in my Los Angeles neighborhood in the last 12 months and new stats show it’s a California-wide thing too.

I’ve said this before but it bears repeating, if only for the sake of GM president Mark Reuss. Model 3 ownership has surged in my northwest Los Angeles community.

Four of my immediate neighbors now have new Model 3s. If I expand that out to the larger community, there is a veritable plague of Model 3s. It’s by far the most popular new car and I see more every month.

It’s almost like everyone is running out to get the newest iPhone. Except this is a $50,000 car (give or take ten thousand dollars).

But I thought my neighborhood was an extreme case. And I thought that cars like the Honda Civic and Toyota Camry were pretty much unassailable in California.

In the first nine months of 2019, the Model 3 is the #3 best-selling car in California. Just behind the Toyota Camry.

So the Model 3 is a hair’s breadth away from catching the Toyota Camry…but GM believes the wider world still isn’t ready for EVs yet? Please.

I lease a 2018 Chevy Bolt and would love to see General Motors sell a ton of EVs and put up a good fight against Tesla.

Alas, that’ not going to happen anytime soon. Not if Mark Reuss is leading the EV charge at GM.

In his opinion piece, GM president: Electric cars won’t go mainstream until we fix these problems, Reuss is making a stale argument that might have been credible five years ago. And he seems to be searching for reasons to explain the company’s lackluster performance (relative to Tesla). Or as Jalopnik put it:

While companies like GM twiddle their thumbs and pen useless op-eds for CNN wondering who, WHO, could possibly build the infrastructure their cars require for them, Tesla just went out and did it.

Exactly. If you’re going to wait for other companies to build the EV future, you’ll get left behind (and have a ready excuse not to pursue EVs aggressively).

More importantly — contrary to Reuss’s assessment — the U.S. is ready for EVs right now if you build ones that consumers want (with long-range options) and back it up with a charging infrastructure.

In my neighborhood, I’m waiting for the next wave of EVs to arrive in 2020. That would be the Model Y of course.