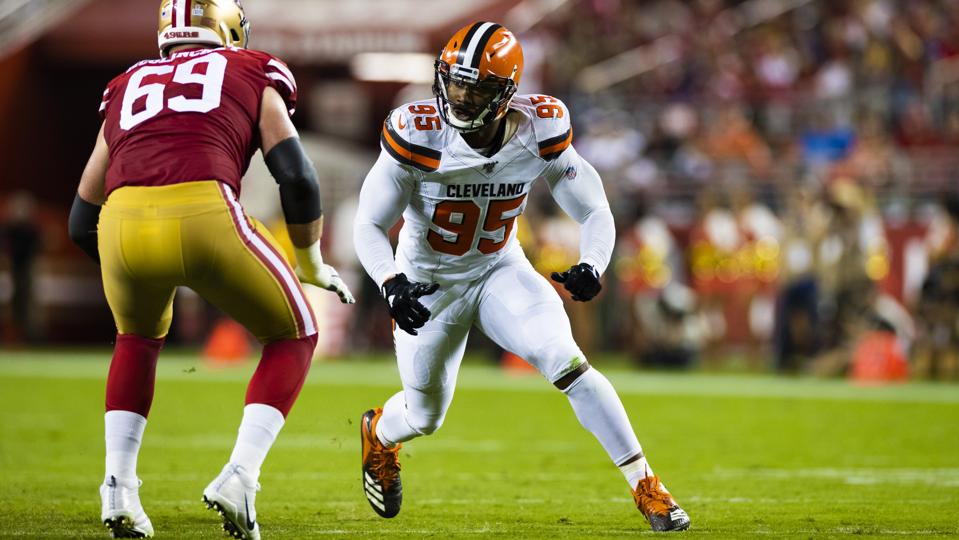 The NFL offseason is a time for self-reflection. In making trades, adding free agents and drafting rookies, NFL teams decide what types of players they value. With that in mind, let’s analyze what kind of value the Browns have on their current roster.

Here is one writer’s rendition of the Browns’ five most valuable players. 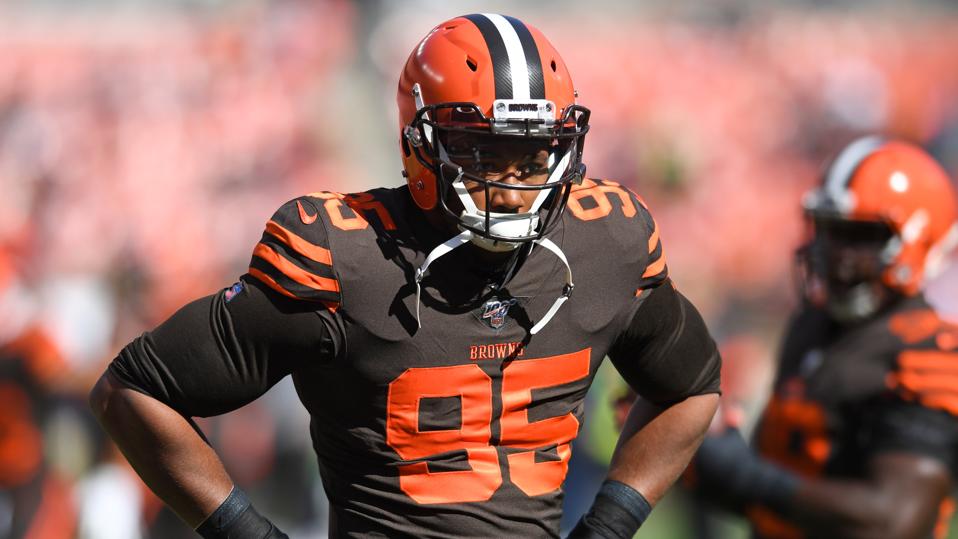 CLEVELAND, OH – OCTOBER 13, 2019: Defensive end Myles Garrett #95 of the Cleveland Browns on the … [+] field prior to a game against the Seattle Seahawks on October 13, 2019 at FirstEnergy Stadium in Cleveland, Ohio. Seattle won 32-28. (Photo by: 2019 Nick Cammett/Diamond Images via Getty Images)

Garrett is the Browns’ best player and plays a crucial position. If quarterbacks are the most important players in football, the players who can affect their performance have to be considered important, too.

Perhaps nothing can slow down an opposing quarterback as effectively as a great pass rusher. And before Garrett did You Know What last season, he performed like one.

Garrett’s 10 sacks ranked top 15 in the league in 2019 despite being suspended for the final six games of the season. Every player ranked above him played at least four more games.

Garrett still has two seasons left on his rookie contract, too. He’ll probably sign a monster extension soon, but until then, Garrett is clearly the most valuable Brown. 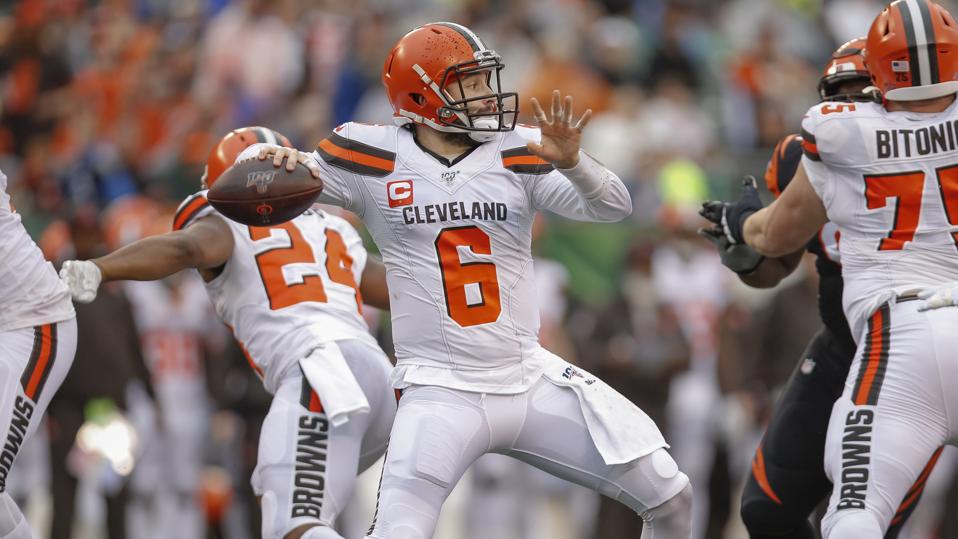 CINCINNATI, OH – DECEMBER 29: Baker Mayfield #6 of the Cleveland Browns throws the ball during the … [+] game against the Cincinnati Bengals at Paul Brown Stadium on December 29, 2019 in Cincinnati, Ohio. (Photo by Michael Hickey/Getty Images)

Had he not underperformed last season, Mayfield would unquestionably deserve the top spot on this list. You could argue he still does. No player influences a franchise more than its quarterback.

But Mayfield hurt the Browns too often last season. He threw more interceptions (21) than any quarterback in the NFL besides James Winston, and the Browns offense sputtered behind Mayfield’s inconsistent play.

If Freddie Kitchens’ firing and Jack Conklin’s contract are any indication, though, it seems the Browns don’t think Mayfield’s shortcoming were entirely his fault. Under new coach Kevin Stefanski, it seems they still believe in Mayfield’s talent.

Of course, that belief could waver if Mayfield struggles again in 2020. But it was only 16 months ago that he broke the rookie touchdown pass record. He’s still a promising young quarterback.

He’s also still on his rookie contract. So if Mayfield pops again this season, the Browns can lay claim to the most valuable asset in the football: a cheap franchise quarterback. 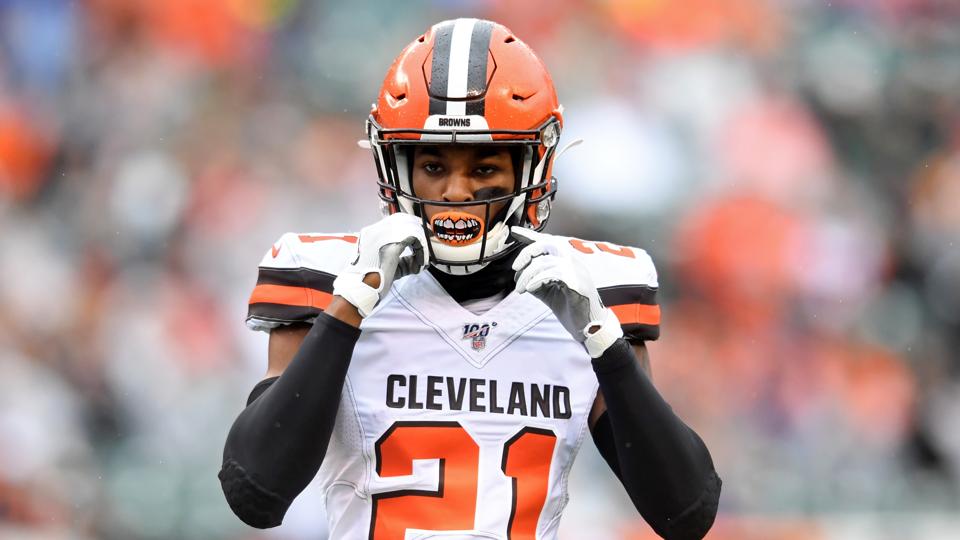 CINCINNATI, OH – DECEMBER 29, 2019: Cornerback Denzel Ward #21 of the Cleveland Browns adjusts his … [+] helmet in the first quarter of a game against the Cincinnati Bengals on December 29, 2019 at Paul Brown Stadium in Cincinnati, Ohio. Cincinnati won 33-23. (Photo by: 2019 Nick Cammett/Diamond Images via Getty Images)

Ward’s 2019 season was not as heralded as his rookie year, but he still produced some impressive numbers. Opposing quarterbacks completed a smaller percentage of passes (down to 48% from 51%) and had worse passer ratings (down to 62 from 73) when throwing at Ward last year compared to 2018.

That’s not to say Ward will assuredly be an impact player on the next good version of the Browns. He’s missed eight of a possible 32 NFL games in two seasons (25%). He can’t help Cleveland if he can’t stay healthy.

Still, the numbers say Ward played as well if not better than he did his rookie season. He still has the potential to be a No. 1 NFL corner. Plus, like, Garrett and Mayfield, he’s still on his rookie contract (notice a trend?). 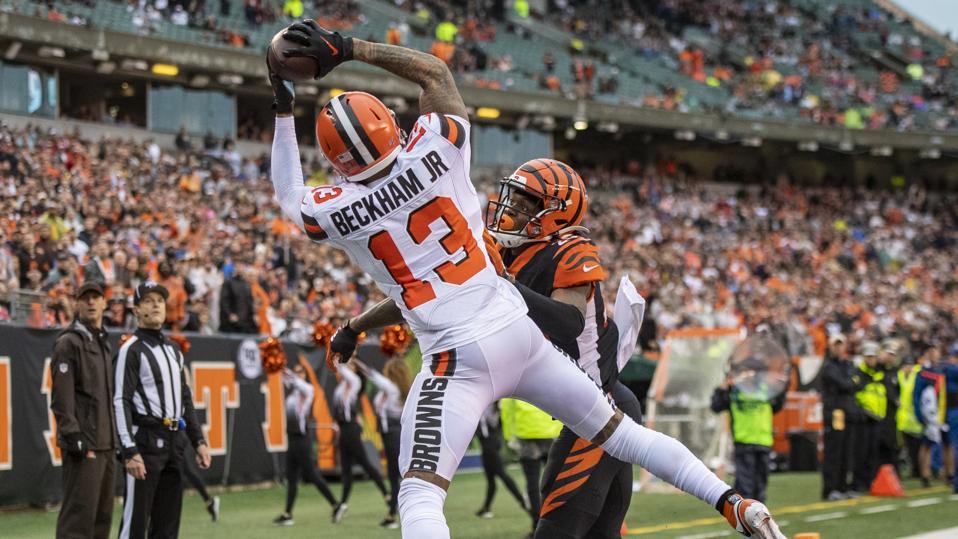 CINCINNATI, OH – DECEMBER 29: Odell Beckham Jr. #13 of the Cleveland Browns makes a touchdown catch … [+] during the fourth quarter of the game against the Cincinnati Bengals at Paul Brown Stadium on December 29, 2019 in Cincinnati, Ohio. (Photo by Bobby Ellis/Getty Images)

On one hand, Beckham is one of the most talented receivers in the NFL. The four-time All-Pro has never failed to accumulate 1,000 receiving yards during a season in which he played at least 12 games.

On the other, 2019 was probably the worst healthy-ish season of Beckham’s career. Accounting for seasons in which he played at least 12 games, Beckham finished 2019 with career lows in receptions (74), receiving yards (1035) and catch percentage (55.6%).

To be fair, Beckham required surgery to repair an injured core muscle this offseason (that’s where the “ish” comes in). That could explain his reduced production.

It could also mean Beckham returns to All-Pro form in 2020. If he does, he’ll make Mayfield’s job a lot easier.

That’s why he still made the list. When fully realized, his talent opens new doors for Cleveland’s offense. 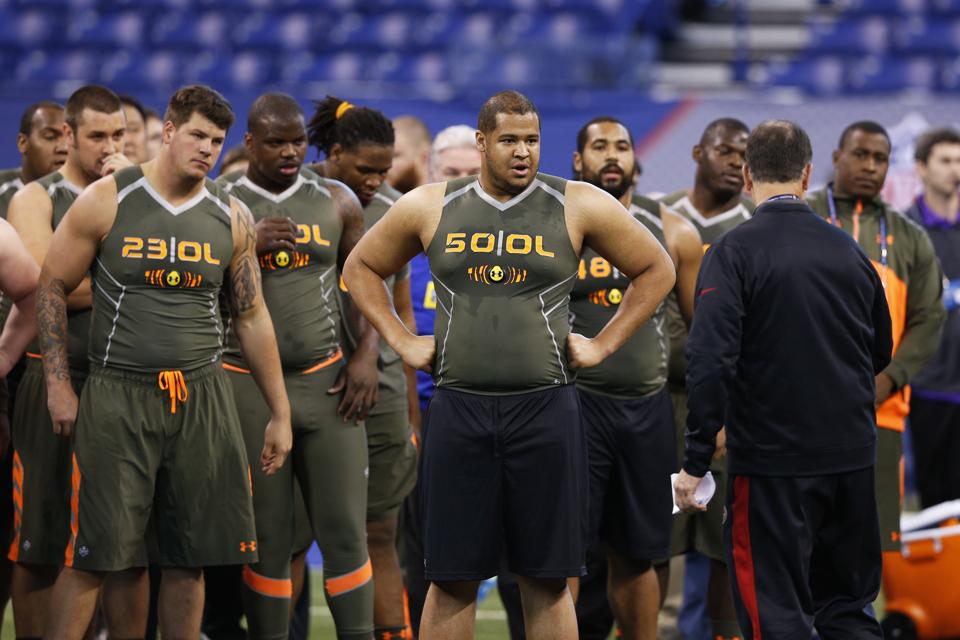 INDIANAPOLIS, IN – FEBRUARY 22: A group of offensive linemen listen to instruction during the 2014 … [+] NFL Combine at Lucas Oil Stadium on February 22, 2014 in Indianapolis, Indiana. (Photo by Joe Robbins/Getty Images)

With apologies to Jarvis Landry, Jack Conklin, Austin Hooper and Nick Chubb, I don’t think the Browns have another player on the roster more valuable than the one they’ll add next month.

That’s especially true if they choose a left tackle, which would give the Browns a solid option at nearly every offensive position. But even if Cleveland doesn’t draft a left tackle with the 10th pick, they’ll still add a blue-chip player whose talent will outweigh his cap hit for five seasons.

The point about rookie contracts probably sounds repetitive at this point, but finding cheap talent is the best path to contention. And the draft is the best vehicle through which to find such talent.

Is The Coronavirus The Transportation Industry’s Opportunity?

6 Signs That Your Team’s Communication Isn’t As...

Brewers Get Edge Over Padres In Rare “Challenge”...