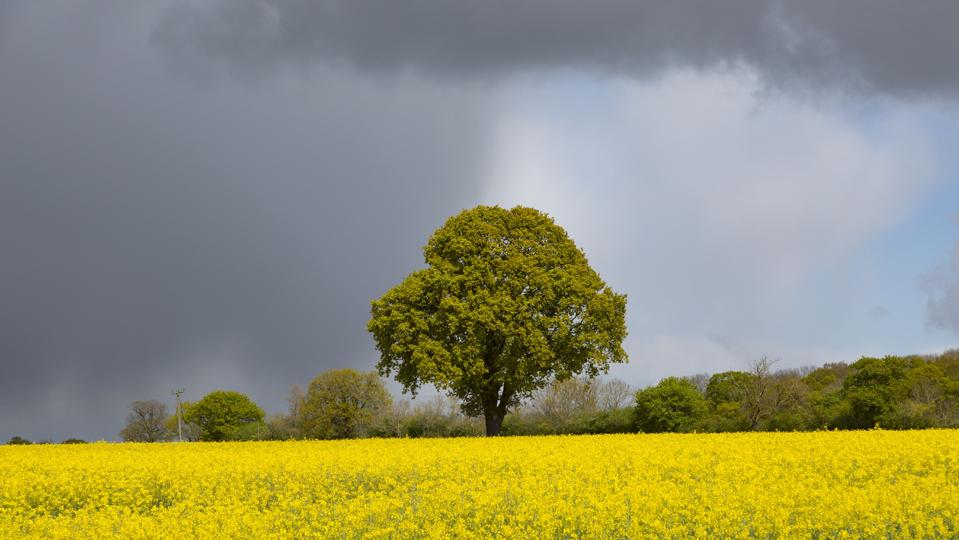 With the world in need of good news, Britain has produced a glimmer of hope: last year the country reduced its greenhouse gas emissions by a record 3.6%, thanks largely to a record rise in renewable energy generation.

The figure isn’t world beating, but it’s a personal best for the nation that led the first industrial revolution.

A provisional report released by the Department for Business, Energy and Industrial Strategy (BEIS), shows that total greenhouse gas emissions (GHGs) amounted to 435.2 million tonnes of carbon dioxide equivalent (MtCO2e), down from 451.5 MtCO2e the year before. That drop in emissions is credited in large part to the transition to renewable energy generation: energy produced from renewables (wind, hydro power, solar and biomass) amounted to 47.4 gigawatts at the end of 2019, a 6.9% rise from a year earlier, while coal generation dropped a whopping 59.1%. These changes helped bring about an overall 8.4% reduction in the sector’s CO2 emissions.

However, fossil fuels still produced a large quantity of the country’s energy: natural gas generated 132.5 TWh, equivalent t0 40.9% of all electricity generated, meaning the hydrocarbon is Britain’s single biggest energy source. And the usage of gas is not declining: BEIS figures show a 0.7% rise in energy generated from the fuel.

Another controversial power source, nuclear energy, declined considerably as a proportion of the whole, by 13.6%, but BEIS attributed this to reactor outages for maintenance. Britain got 17.4% of its electricity from nuclear power last year. 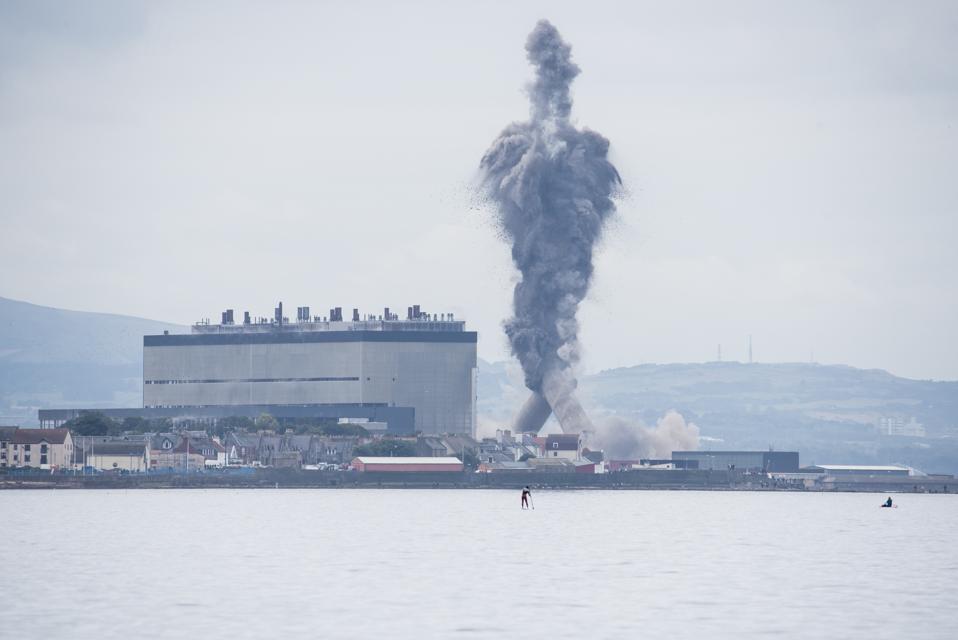 Chimneys at Cockenzie Power Station in Scotland being demolished in 2015. A switch from coal power … [+] to cleaner forms of energy has resulted in a dramatic drop in the U.K.’s energy sector emissions.

Transport, the country’s most polluting sector, also showed a reduction in emissions, down from 123 MtCO2e in 2018 to 119.6 MtCO2e in 2019—a drop that could be attributed to a combination of lower traffic volume and greater fuel efficiency. Most other sectors either showed a reduction or no change in emissions, except for public facilities, which include schools and hospitals, showing a small increase of 0.5%.

“This will continue as we build a modern energy system, moving away from fossil fuels to reach net zero emissions as fast as possible. As well as wind, we’ll use innovative new technologies like renewable hydrogen and marine power, and we’ll scale up battery storage.”

While the U.K.’s achievement is encouraging, it’s far from world-beating. Earlier this month, Germany announced that it managed to cut its carbon emissions by 6.3% in 2019—the largest decline since 2009 in the aftermath of the financial crisis.

Such a large reduction from Europe’s industrial powerhouse is important simply because the country consumes more energy than anyone else on the continent: in 2019 Germany emitted 805 MtCO2e—almost twice that of Britain, despite having only 1/5 more people.

At present, Europe is leading the world in the low-carbon energy transition. A report in February by the International Energy Agency (IEA) found that global energy-related CO2 emissions stayed roughly the same in 2019, at around 33 gigatonnes. Emissions reductions in the EU and the U.S. were negated by emissions increases in the rest of the world, in particular in Asia. China, despite large-scale investments in renewable energy projects, now uses approximately half of the world’s coal production to generate electricity.

Do You Qualify For Paid Sick Leave During...

How the New Host of ‘Blue’s Clues’ Joshua...

‘Briarpach’ Review: Lots Of Interesting And Lots Of...