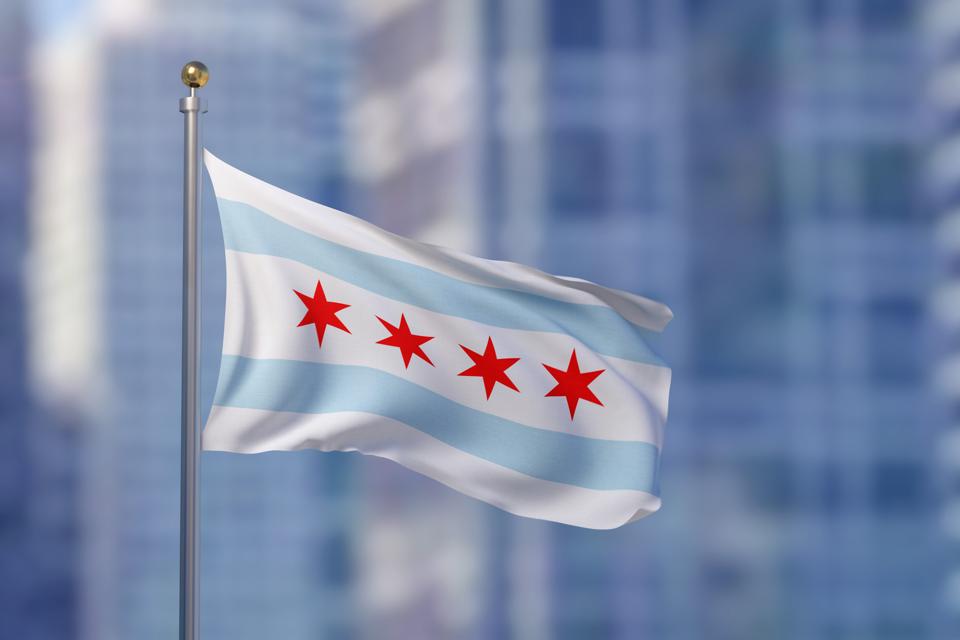 What’s going to happen to Chicago’s pensions in the aftermath of the market crash and as demands on the city’s pocketbook grow, in the months and, yes, years to come?

Regular readers will recall that I did some simple stress-testing of the city’s pensions back in the fall, since contributions were slated to jump by 29% from 2019 to 2020 ($1.3 to $1.7 billion) and again by 25% from 2021 to 2022 ($1.8 to $2.2 billion) due to the final phase-in of the “ramp.” At the time, there was a lot of talk about the city’s impending budget deficit and questions about how the mayor would remedy it, and I concluded that if she chickened out of following through on the pension contribution increases, and backtracked to earlier years of the “ramp” (plus inflationary increases), it would only take a small bit of adverse experience — 3% returns instead of 7%, to trigger insolvency as early as 2025 for the Municipal plan.

Which means that I’ve now done the math on what kinds of scenarios we may be looking at now.

And I’m not even interested, at this point, in addressing the question of pension funded status. That’s going to be even worse at the end of this year, than it was last year, and I don’t particularly expect Mayor Lightfoot or others to care much, assuming the rating agencies let it slide as well.

But the greater risk is that the city will find it necessary to take contribution holidays, or, rather, find it impossible to hold to their existing contribution schedule.

What happens in that case?

Here, as a refresher, are the funded status of the plans after the most recent financial reports:

The Laborers’ plan is distinctive in being the best-funded. Also, the Police & Fire plans are closer to the end of their “ramp,” reaching the end point in 2020, at which point contributions stay a level percent of pay until 90% funded status is reached. For the Municipal and Laborers’ plans, this takes until 2022.

So what happens if the city takes contribution holidays?

If the end result of the stock market drops and partial recoveries, taking into account the asset mix of the various plans, end up as a 25% loss, and afterwards assets increase at their expected rates (6.75% – 7.25% by plan), then the Laborers’ and Police plans stay solvent during my calculation period (through 2040). However, if the city takes a three year contribution holiday (resuming, however, contributions at the rate they would have otherwise been at afterwards), the Municipal plan becomes insolvent in 2027, and the Fire plan in 2022.

As a reminder, “insolvency” does not mean bankruptcy. Absent a bankruptcy filing, which isn’t possible without a change in Illinois law, it means that the city would have to pay benefits to its retirees directly out of municipal funds, which would cause the already-high cost of pensions to jump even further.

And, again, none of this measures funded status calculations. It seems to me to be obvious that the funded status drops, rather dramatically, and even in the cases where the assets aren’t wholly depleted, in some cases, they are very nearly so before recovering. But whether the plans are 23% or 10% funded is a bit academic.

So what’s the point of these numbers? No, it’s not to engage in schadenfreude.

It’s simply meant to illustrate how difficult a situation Chicago will find itself in, with so little room to maneuver when it comes to pension contributions which are a very large piece, nearly 20%, of the city’s budget. After all, it seems improbable to me that, however much stimulus the federal government injects, however many checks it sends out, we won’t be feeling the effects of the virus for years to come, and this will be one key piece to the decisions made in response.

And here’s a table with the full calculations of insolvency dates under various scenarios. 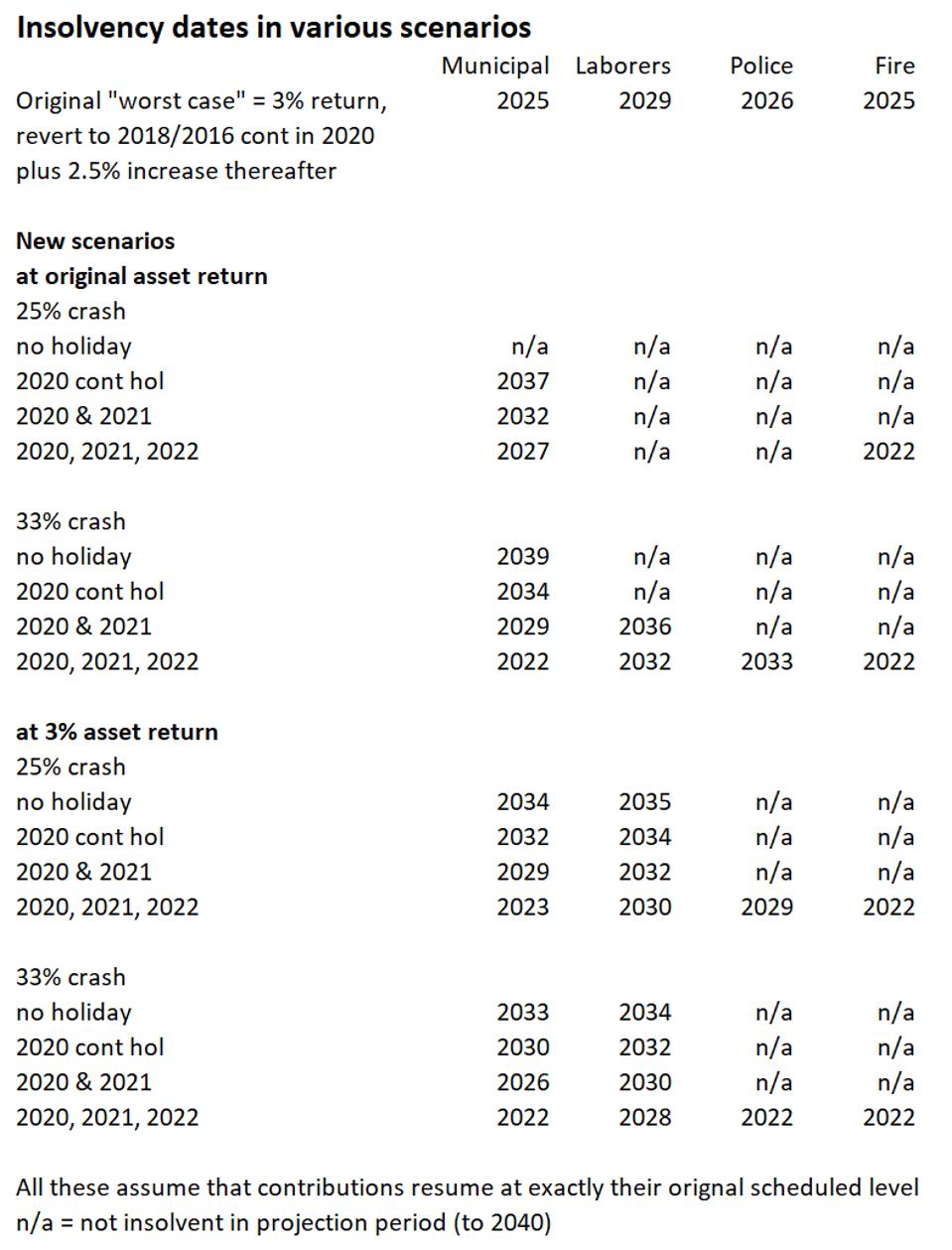 How Food Delivery Apps Are Responding To The Coronavirus

The Unique Challenges To Scaling Fintechs In Emerging...

Grocery Prices Are Soaring. Here’s Why And How...