The Virginia Class Submarines Are 3 Classes In 1 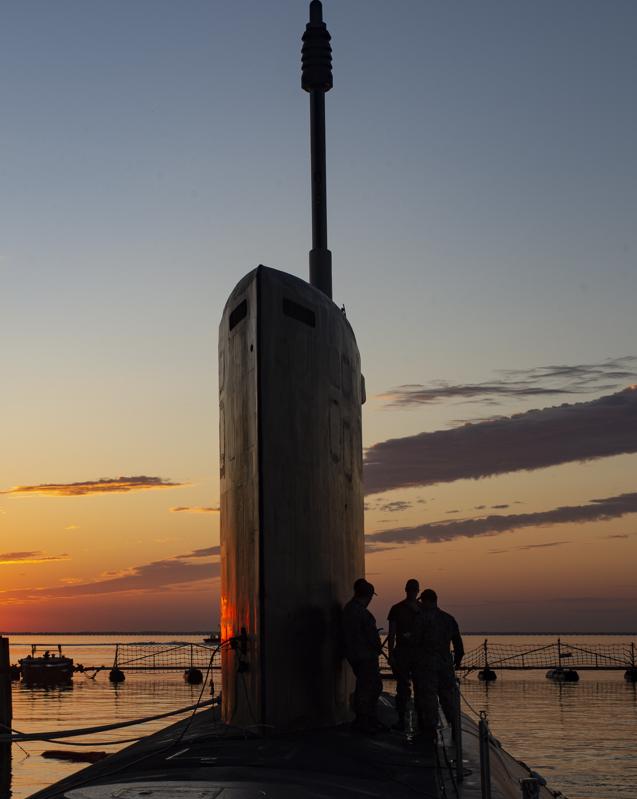 Last week, the U.S. Navy and America’s big submarine manufacturers celebrated the signing of a long-delayed contract for a fifth tranche of Virginia class submarines. That massive purchase agreement dedicated 22.2 billion dollars of taxpayer money to buy nine—and potentially ten—new attack submarines. It was a big story. But the bigger story is the American taxpayer has gotten, in effect, up to three new submarine classes for the price of one.

Looked at as a class, the extensive evolution of the Virginia class submarine has been remarkable. A Block V Virginia will be a very different animal than the original Virginia Class subs. Adding more than eighty feet of length, the new subs will employ Virginia Payload Modules that can increase each sub’s Tomahawk strike capacity by about 76% and enable the boat to carry unmanned undersea vehicles or other gear. In effect, the mission sets between the first of the Virginia subs and the Block V subs will be very different. It should be a different class.

Change is a constant in naval shipbuilding; any new naval ship is a bit different from the one built before. The Arleigh Burke class destroyer, a massive super-class of 67 commissioned ships that were built over three decades, has changed a lot over the course of four flights. The Los Angeles class attack submarine, a predecessor to the Virginia class, added vertical launch tubes and other upgrades in later production flights. But the Virginia class is something else, a modern-day “Ship of Theseus”, where components and parts of the original have been replaced to the point where observers would be forgiven for wondering if the new Block V submarines are still actually Virginia class subs.

Somehow, the original USS Virginia (SSN 774), a low-cost littoral stopgap of a sub has become a slimmed-down spinoff of America’s Cold War-era Seawolf class submarine. That, in itself, is a technological feat worth studying and—potentially—celebrating. 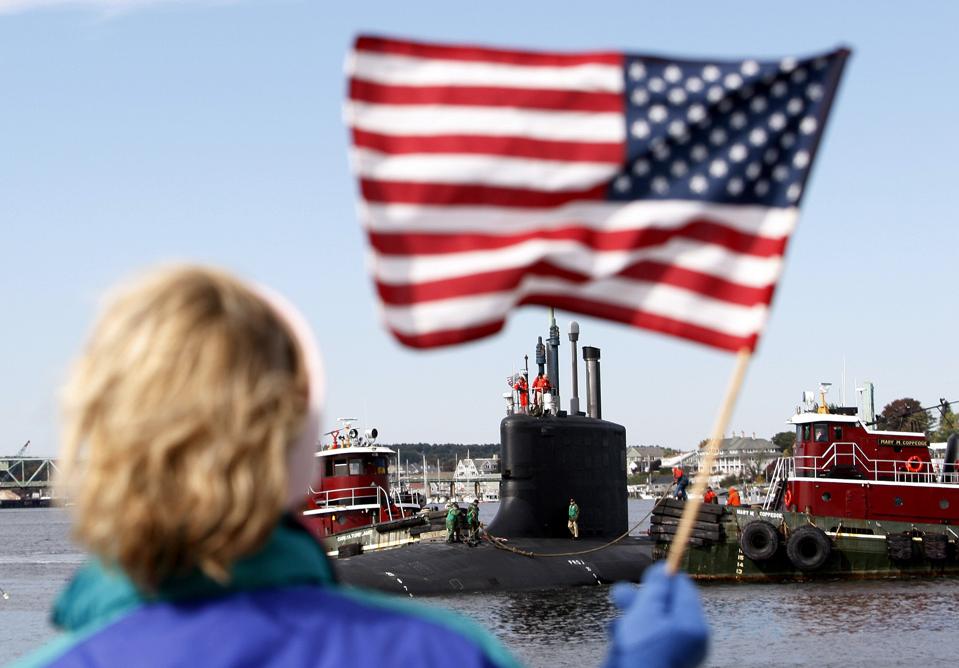 How Has the Virginia Class Changed?

The Virginia class submarine was one of the first U.S. military products of the post-Cold War era. America’s last Cold War submarine, the Seawolf class sub, was a big bruiser built to attack Soviet undersea bastions. The Seawolf program was cut after just three submarines were built, costing taxpayers over $24 billion in 2018 dollars.

The Virginia class was meant to be the more economical, low-cost alternative. As a smaller boat, with a smaller crew, fewer weapons and other reduced capabilities, the Virginia Class has been upgraded and tweaked ever since.

The first ten Block I and II submarines are basically the same design. The next eight “Block III” boats, however, had a redesigned bow. With a new sonar array and large diameter vertical payload tubes, over twenty percent of the sub was redesigned. The last Block III, the USS Delaware (SSN 791) will be commissioned into the fleet in early 2020. The next ten “Block IV” boats, under construction today, made changes that reduced fabrication and operating expenses. But the new Block V boats, by adding the payload tubes and making other changes, induced another 20 percent change in the overall Virginia class design.

When the Block V boats enter the fleet, almost half of the Virginia class submarine will have been re-crafted.

In essence, the Block I and II, the Flight III and IV and the Block V boats could, conceivably be treated as three separate classes. That is pretty amazing. Few navies—at least in modern history—have the capability to change over forty percent of an original design and still characterize it as a single class. But the Virginia class has managed to absorb the change, evolving from a cheap attack submarine to something of a mini guided-missile boat, or maybe a thinner, less robust version of the USS Jimmy Carter (a specialized final variant of the Seawolf). 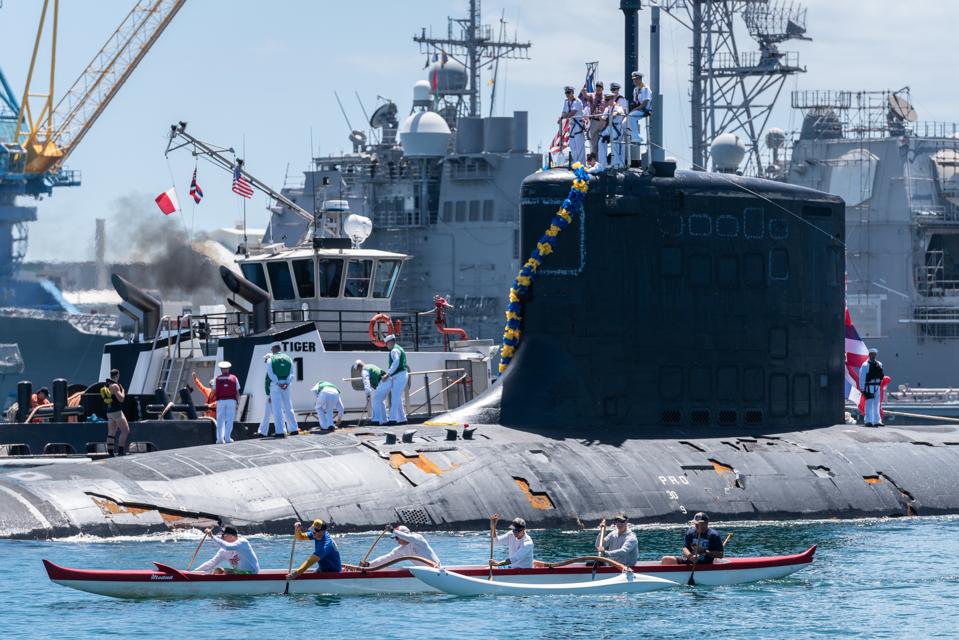 What Does It Mean?

It is somewhat counterintuitive. Every shipbuilder wants a big block buy that offers stable, steady production work. But in a block buy, the primary effort shifts from the design to production, so designers are often relegated to making small changes that largely only enhance production efficiency. So, while the shipyard is happily churning out ships or subs, designers can easily become redundant, and can be the first to be fired when a shipyard runs into a cost overrun or managers want to tighten operational margins.

The last thing conventional shipyard bosses want to do is to make big design changes. But by integrating constant improvements and forcing significant design changes into follow-on block buys, the Navy—in conjunction with General Dynamics—has done an admirable job of keeping America’s fragile submarine design community intact and relatively healthy. That said, the constant focus on design has, potentially, allowed pesky engineering challenges to persist. The problem the Virginia class has had with hull coatings has been a decade-long technical irritant and the technical fixes have been far too slow in coming.

Another reason why the Virginia class has not been differentiated into separate classes is that new sub or ship classes, as new “programs of record”, can become expensive endeavors. If the Virginia class production run had been split into two or even three new classes, the subs would be forced to work through rigorous and expensive testing and validation programs that naval “variants” often do not need to complete. New programs breed new bureaucracies, with each new class needing their own training schemes, supply-bases and other redundancies.

While variants have worked well for the Virginia class, the time-consuming and expensive bureaucratic requirements that face new programs may discourage innovation and incentivize the Navy to keep older platforms in service longer than is prudent. Put bluntly, the Pentagon’s pathological fear of a “new start” may encourage the development of sub-optimal solutions to avoid testing and trials requirements inherent in a “new” platform.

There is something of a prestige factor in developing new vessel or submarine classes—even if there is not an enormous amount of difference, new classes imply to both domestic and international audiences that U.S. technology is advancing in a way that “variants” do not.

To be frank, the Block V Virginia subs should be a class of their own. They have more in common with the Ohio class guided missile submarines, or SSGNs—a high-demand, utilitarian source of guided missile firepower, unmanned platforms and commandos—than with the average attack sub. America’s SSGNs have a long operational legacy, tracing back from converted Benjamin Franklin and Ethan Allen class missile boats with their operational origins stemming from converted World War II-era Balao class troop-carrying subs, USS Perch (ASSP 313) and USS Sealion (ASSP 315). It is time to recognize these specialized guided missile-capable, commando and unmanned platform-carrying submarines as their own platforms, with separate mission sets and operational expectations.

Differentiation is not a bad thing. The idea that America’s submarine manufacturers have generated, essentially, three new sub classes in the space of twenty years—while speeding production and designing the new Columbia class ballistic missile sub—is inspiring. That feat of engineering deserves a bit more attention. Had the Navy been more aggressive in differentiating the Virginia class into other, new, “classes”, America would not be expecting the worst from first-in-class ships, but, instead, turning to the Virginia class and two other new submarine classes and saying, “yeah, new ship classes are hard, but American shipbuilders can do it.” That sort of positive message, in these tough and cynical days, carries more strategic importance than ever.

How The SECURE Act Will Impact Young Savers...

Why The World’s Wines Have Improved During The...

Hero World Challenge Is The Best Ever Tour...