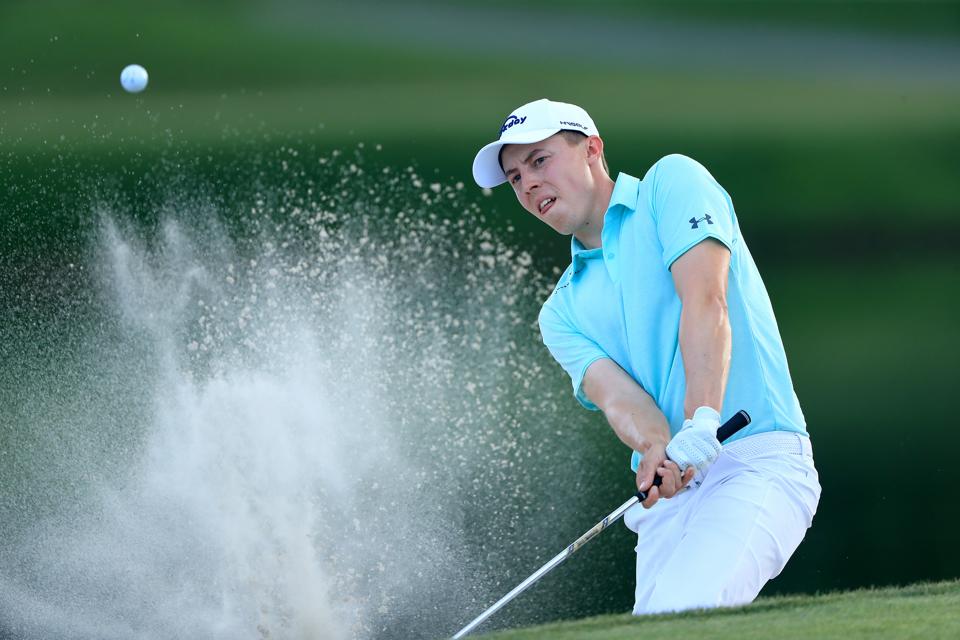 ORLANDO, FLORIDA – MARCH 10: Matthew Fitzpatrick of England hits a shot during the final round of … [+] the Arnold Palmer Invitational Presented By MasterCard at Bay Hill Club and Lodge on March 10, 2019 in Orlando, Florida. (Photo by Sam Greenwood/Getty Images)

Sports are dominated by data today from the sensors on the field to the players’ uniforms and helmets. Since the introduction of the NFL’s virtual reality yellow first-down line in 1998 at the Baltimore Ravens and the Cincinnati Bengals game, sports have become a hotbed of technical innovation in an attempt to improve the sports world and bring fans closer to their teams.

To get to an augmented reality (AR) app, you need data. For the PGA Tour, that started back in 1983 with their first electronic scoreboard system to 2001 where that system evolved into the Shotlink platform.

Steve Evans, Senior Vice President, Golf Technology, PGA Tour, said that Shotlink is a real-time data collection system of the attributes of every shot on the course in real-time.

During the Arnold Palmer Invitational, March 4-10, 2019 in Bay Hill, Florida, Evans said the team collected data on close to 32,000 shots. That data includes where the player is hitting the shot from, to where the ball ends up on every shot. With those coordinates they can compute distances – from the tee, from the last shot, etc., and with that data, they can also map the golf course so they can create a more enhanced description of where the ball is.

Evans said they do this to get data to tell stories, compute statistics and present computer visualizations for the fans. All of that data became the backbone for the creation of the PGA Tour AR app which rolled out in spring 2019.

Evans says that all of the PGA’s technology development is done in house as part of their PGA Tour Innovation program which started in 2016.

In November 2019, the Sacramento Kings gave fans a new interactive AR features in their King app.

“AR technology literally puts the game into the hands of our fans,” said Ryan Montoya, CTO of the Sacramento Kings. “We’re always looking to enhance the fan experience, and ImagineAR gives us more opportunities to do that by allowing fans visiting Golden 1 Center to interact with our building and team in new ways.”

The Sacramento Kings is one of the most tech-forward teams in the NBA. In 2014, they were the first NBA team to accept Bitcoin as payment in the Golden 1 center arena.