Home Finance This Week In Credit Card News: Card Debt At Record Levels; Have Your Card’s Benefits Been Reduced?
Finance

This Week In Credit Card News: Card Debt At Record Levels; Have Your Card’s Benefits Been Reduced?

Credit card debt rose to a record in the final quarter of 2019 as Americans spent aggressively amid a strong economy and job market, and the proportion of people seriously behind on their payments increased. Total credit card balances increased by $46 billion to $930 billion, well above the previous peak seen before the 2008 financial crisis. [The Wall Street Journal] 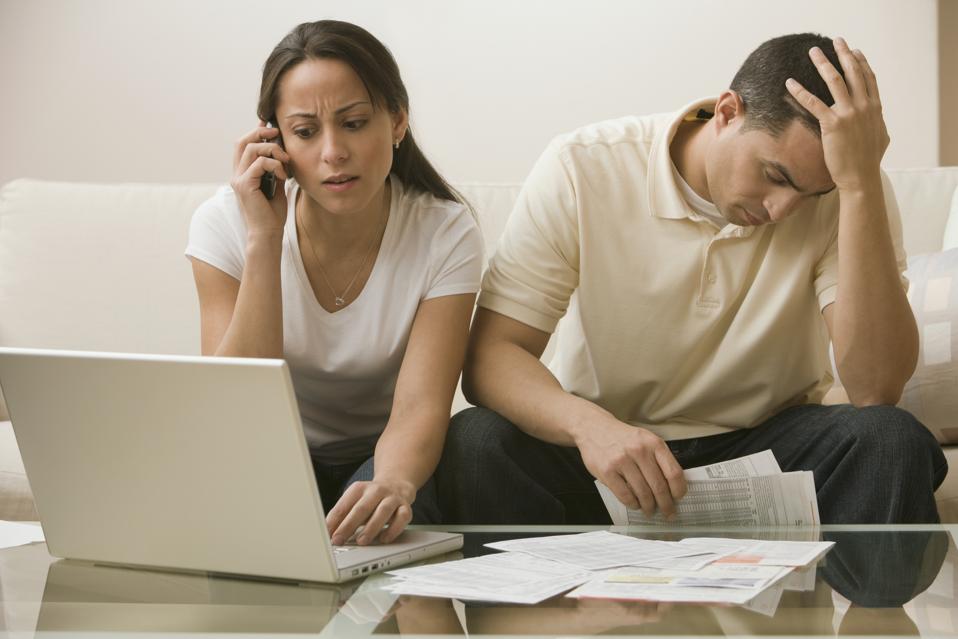 Your Credit Card Benefits Just Got Cut. What Do You Do?

Banks have the legal right to stop offering you benefits on your credit card like statement credits and lounge access, even if they provided them to you when you originally signed up. They also have the right to change the rates and fees from what you agreed to in the first place (though limitations may apply). And although banks have to give you notice about changes to your rates and fees, they’re not legally required to give you advance notice of changes to your rewards. [The New York Times]

Apple Will Manage 10% Of Global Credit Card Transactions By 2025

Apple Pay is a sleeper billion-dollar business. Despite launching just a few years ago in only one country, Apple Pay now accounts for 5% of all global credit card purchase volume, according to financial research firm Bernstein. The World Payments Report says that global non-cash transaction volumes hit $539 billion in 2017, and were growing at 12% annually. Every time you use Apple Pay, Apple gets a 0.15% cut of that payment. According to one estimate by 9to5Mac, if just 5% of transactions happen via Apple Pay, Apple would make $525M just in the United States at 2018 transaction volumes. At 10%, that’s over a billion dollars. [Forbes]

Here’s a Top Reason Americans Are Carrying an Average Credit Card Balance of Over $6,200

Americans may have a love-hate relationship with their credit cards, but that’s not preventing them from piling on debt. The average balance on a credit card is now almost $6,200, and the typical American holds four credit cards, according to the credit bureau Experian. Credit card issuers are also giving Americans more room to run up debt, boosting the typical credit limit by 20% over the last decade to $31,000. [USA Today]

Many Low-Income Californians Don’t Use Credit Cards. Should Stores Be Required to Accept Cash?

A small, but growing number of businesses are no longer accepting cash. Owners say that accepting only credit cards, debit cards or digital wallets is more efficient and lowers the risk of being robbed. But the cash-free trend has raised concerns that such shops exclude customers who rely exclusively on cash. Sen. Jerry Hill, a Democrat from San Mateo, says this amounts to discrimination against people without credit cards or bank accounts, who tend to be low-income. [Cal Matters]

After years of unsuccessful attempts to enter China’s massive $27 trillion payments market, Mastercard announced it has won approval from the People’s Bank of China to begin formal preparation to set up a bank card clearing institution in China. The news is a significant step toward Mastercard being able to do business in China, where large, domestic players currently dominate. [Tech Crunch]

What Visa’s Swipe Fee Changes Mean For Your Wallet

The changes will introduce a hike to “card-not-present” transactions, which can occur when payment is made online or over the phone. Traditional Visa cards used for these transactions will see swipe fees increase from $1.90 to $1.99 on a $100 transaction, and premium Visa cards will see a 10-cent hike from $2.50 to $2.60. Using a premium credit card at the grocery store or large supermarket for a $50 transaction, however, will incur a smaller fee of 77 cents, compared to its old fee of $1.15. [Forbes]

In 2010 Congress created the Consumer Financial Protection Bureau as part of the Dodd-Frank Act. The CFPB is led by one director appointed by the president and confirmed by the Senate to serve a five-year term; once the director has been confirmed, the president can only remove her for “inefficiency, neglect of duty, or malfeasance in office.” On March 3, the Supreme Court will hear oral argument in a challenge to the constitutionality of that leadership structure. [SCOTUS Blog]

A new credit card startup is taking aim at American Express and other stalwarts that have long dominated corporate expense accounts. Ramp, a New York-based fintech firm whose founders sold their last venture to Capital One, has raised $25 million and signed up nearly 100 businesses to its card, the company announced. What sets Ramp apart from its competitors is that it’s designed to help card holders save money, using technology to identify “wasteful spending.” [Fortune]

The biggest point in the Wirecard research is that mobile payments are now considered the most important shopping-related technology to improve customers’ buying experience. That’s the case for 58% of customers, followed by biometric-linked payments or cashier-less stores for 45%. Augmented and/or virtual reality store experiences came in third with just 25% of the total. There’s also a growing demand for biometrics, as 68% of customers expressed an interest in that. [Payment Week]

Single People: It’s Your Money. Here’s What to Do With It

When you’re single, you don’t have a spouse helping you pay bills or a partner nagging you to spend less and save more. How much money you make and what you do with that cash is up to you alone. and only you deal with the repercussions of your financial mistakes. Here are 11 financial tips for singles to heed. [The Penny Hoarder]