Home Technology This Week’s Full Moon Occurs At 12:12 On 12/12. Here’s Why You Should Look At It The Previous Night
Technology

The rising of the Full Moon. (Photo by: VW Pics/Universal Images Group via Getty Images)

“What’s all the fuss about? It’s just a full Moon.”

Every 29.5 days the Moon reaches its full phase. On that evening—and only on that evening—it rises opposite a sunset, more or less, creeping above the eastern horizon draped in pale orange hues.

It’s among the most impressive sights in nature, and our ability to predict it to the minute for any location on Earth never fails to impress.

Try it with this week’s “Long Night’s Moon,” which is officially “full”—i.e. 100% illuminated by the Sun—on the morning of Thursday December 12 (12/12), but best viewed the previous evening. Why the specific time recommendations? The trick about catching a moonrise is to watch it in the twilight while the surrounding environment is still somewhat lit. Seeing a moonrise in the pitch dark isn’t quite as dramatic. 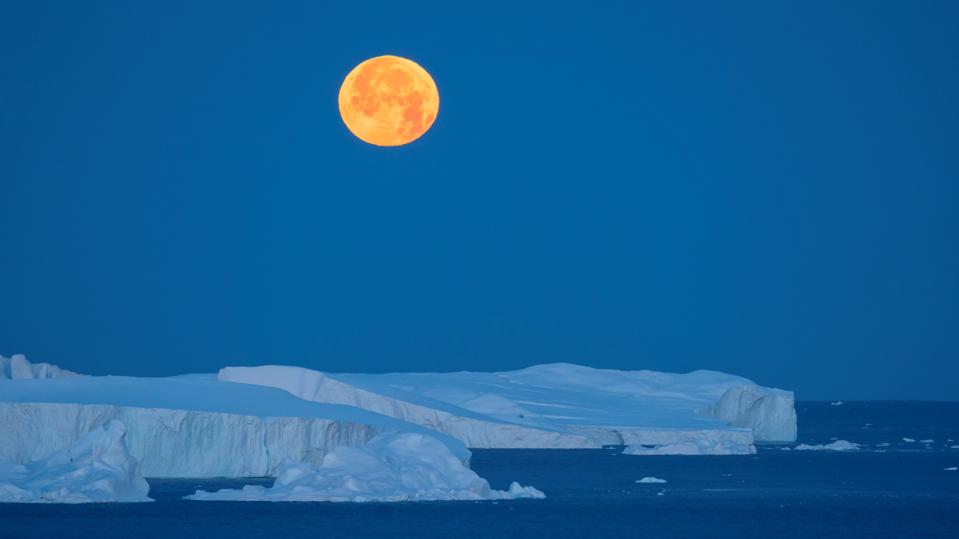 When is December’s full Moon?

It’s also a good night to watch Venus and Saturn super-close to each other in the southwestern sky, which will be becoming visible at the exact same time as the “Long Night’s Moon” (I’ve written a separate post on this).

If you’re in Europe, you can also watch the moonrise on Thursday evening since it occurs relatively soon after sunset.

When to see December’s moonset

If it’s not convenient to look for the rise of the “Long Night’s Moon” on Wednesday evening, or you suffer from cloudy skies, why not try catching moonset on Thursday morning? The thing about a full Moon is that it shines all night long, so it’s possible to watch a full Moon setting in the west around the time of sunrise. It’s visually as magical as witnessing a full moonrise.

As a bonus, this time of year in the northern hemisphere is a great time to watch a moonset because it occurs at a pretty civilised time.

If you’re in Europe, it’s actually “better” to watch the moonset on Thursday morning than the moonrise on Wednesday evening because it occurs almost in-sync with sunrise.

When is the next full Moon?

The first full Moon of next year will be the “Wolf Moon” on Friday, January 10, 2020. It will also be a penumbral lunar eclipse, which happens when the mon enters Earth’s fuzzy outer shadow. No-one in North America will be able to witness the “Wolf Moon” losing its glare, but in Europe and Asia our satellite will take become a truly odd sight.

Federal Courts Have Diminishing Appetite For Claims Of Obesity Discrimination